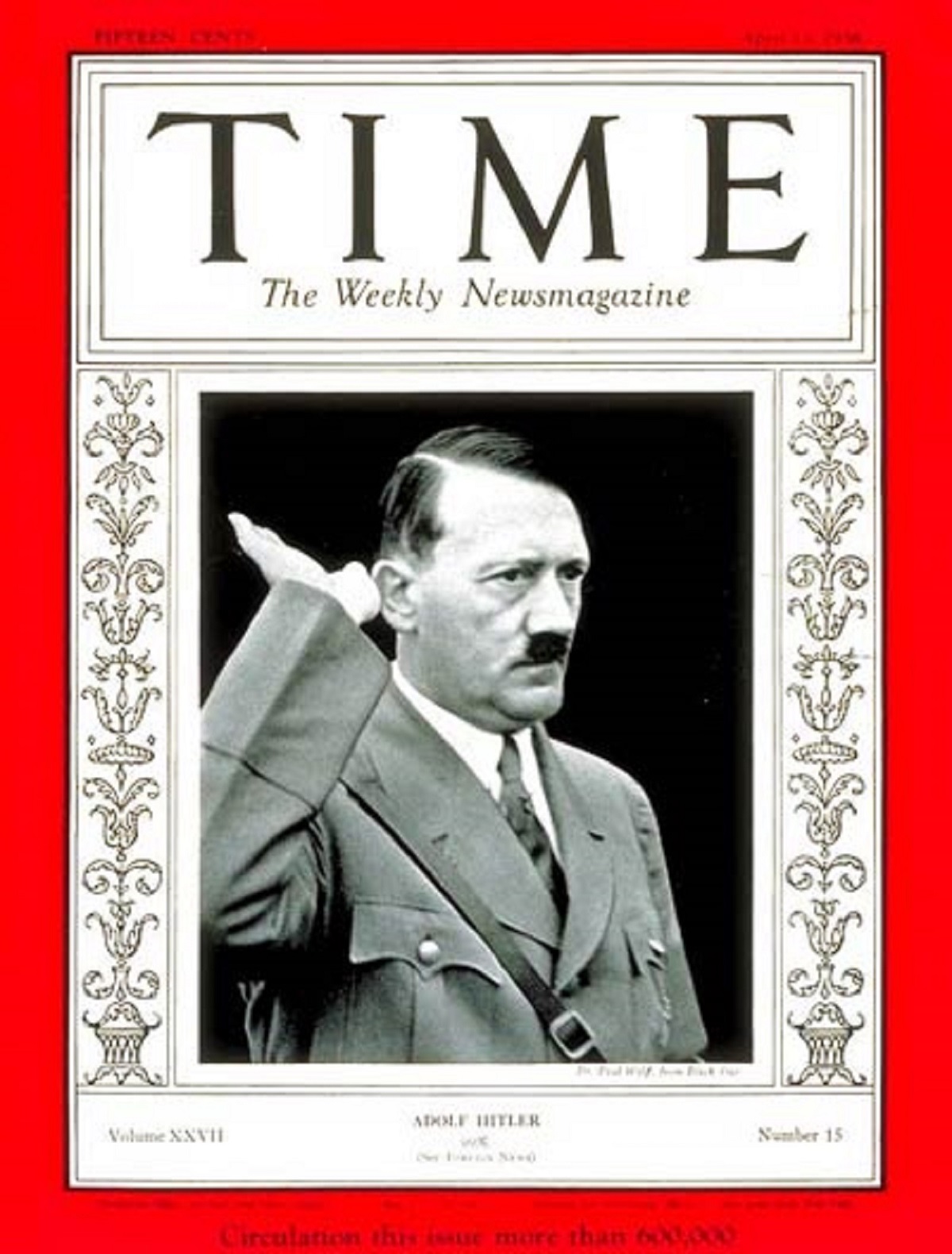 It is "absolutely wrong to praise or glorify" the deeds of Adolf Hitler, a senior historian at the Yad Vashem International Institute told V4NA. He responded to a recent incident involving a Hungarian politician, who said at the time Adolf Hitler deserved to be selected Time s Person of the Year.

“I think that given Hitler s responsibility for the Holocaust and starting World War II with its immense loss of life and destruction, it is absolutely wrong to praise or glorify him”, wrote Robert Rozett, Senior Historian at the Yad Vashem International Institute for Holocaust Research, responding to V4NA s question.

Speaking at a municipal meeting in June, the leftist mayor of Budapest s 11th district, Lászlo Imre, argued that at the time, Adolf Hitler deserved to be selected as Time magazine s Person of the Year. According to the politician of the Democratic Coalition (DK), a Hungarian opposition party with MEPs delegated to the European Parliament and led by former PM Ferenc Gyurcsany, the Nazi dictator s deeds for Germany are “undisputable”.

In 1938 the American Time magazine named Hitler as Person of the Year, a decision that has since provoked a number of debates. Regarding Time s choice, Robert Rozett told V4NA: “I don t think this was given as a certificate of having benefited humanity”. He added that 1938 was the year of the Munich Accords, which enabed Hitler to take over Czechoslovakia (in two pulses, in 1938, and then in 1939) and “at the time the agreement appeared to have avoided the war he was threatening. This was before the events of the war and the Holocaust had played out in their entirety,” the historian responded to V4NA.

Atrocities committed by the Nazi dictator

Hitler s name had already been associated with several atrocities by 1938, when Time selected him as Person of the Year. Two months after Hitler tookassumed power as Germany s chancellor in January 1933, he announced the opening of the first concentration camp in the German town of Dachau. SS, the foremost security and surveillance agency of Nazi Germany, detained, starved and tortured German Jews and those who disapproved of the Nazi ideology. In June 1934, on the Night of the Long Knives, Hitler ordered the merciless killing of his major critics and political rivals. The Nazi regime s secret police attacked and murdered the leading figures of the SA (a paramilitary organisation), including Hitler s former ally Ernst Rohm, thereby securing the dictator s absolute power. As part of Germany s war preparations, Nazi agitators launched a series of provocations against western Czechoslovakia in 1937 in order to annex Sudetenland to Germany, citing the alleged fears of the region s ethnic German communities.

Hitler and Stalin both graced Time Magazine s cover as the man of the year before.

It is a reflection of who is a news maker.

It does not mean that the person selected is good or right in what they are doing. pic.twitter.com/P2ZCRHt8U7

In his response to V4NA, Robert Rozett noted that in 1939 Time s chice fell on the Soviet Union s Communist dictator, Joseph Stalin, as Person of the Year. He underlined, however, that “in the future, personally I would like to see the title bestowed upon people who have contributed to the betterment of our world.”