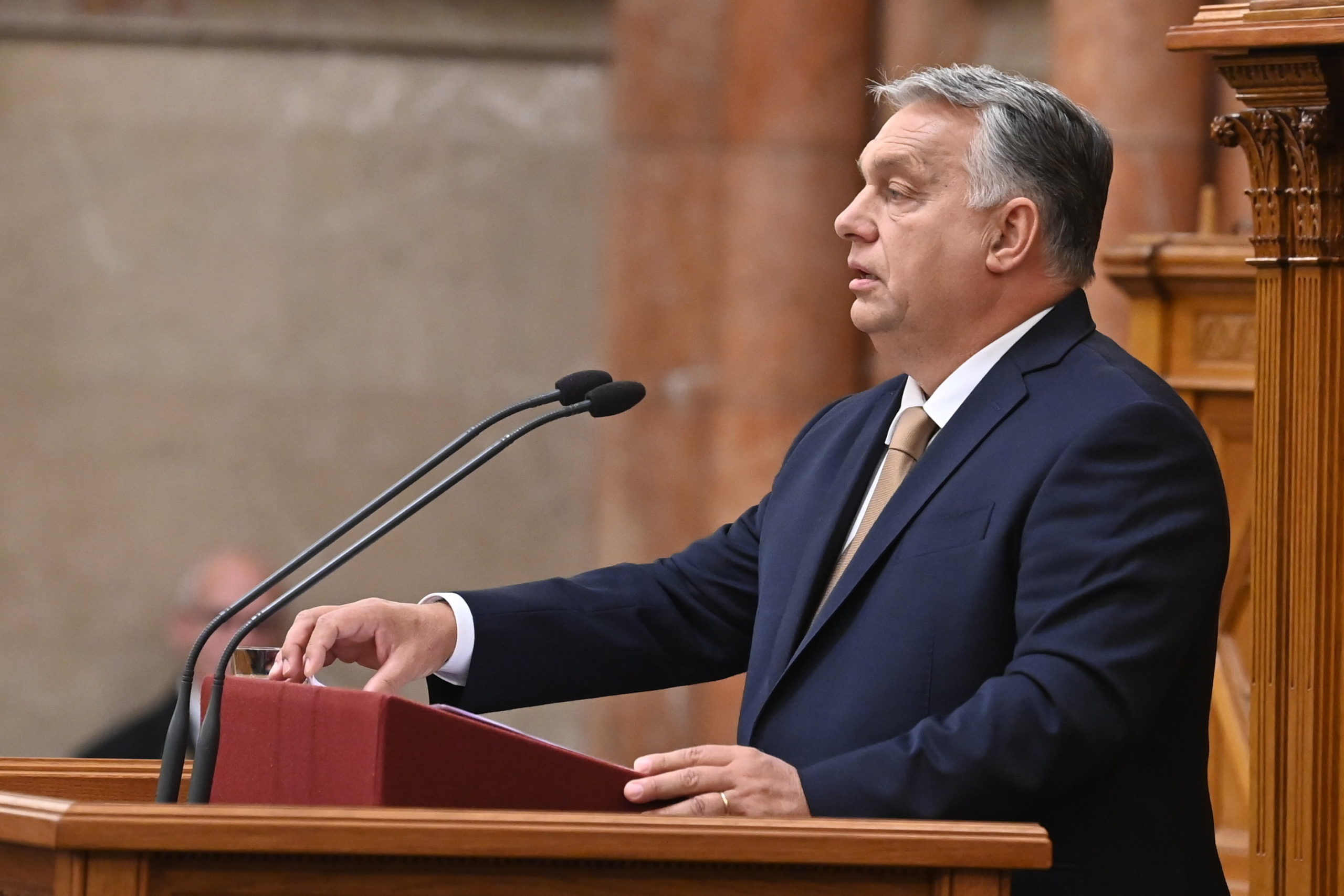 Today, countries in Europe are paying a sanctions surcharge on oil, natural gas and electricity, while in the US, they cost a fraction of European prices, Hungarian Prime Minister Viktor Orban pointed out in his address to Hungary's parliament on Monday.

It is not the economy but politics, specifically political decisions brought in Brussels, that account for the drastic rise in energy prices, the prime minister said.

“Instead of continuing and deepening the war, we demand an immediate ceasefire and peace talks,”

In the economic war that has widened to a global scale, every country has their own interests, and for Hungary, security and the protection of economic and national sovereignty are the most important, he stated.

The EU often accuses Hungary of violating European values, the Hungarian premier said, adding that while democracy is a core value, the sanctions were not adopted democratically, as they were decided on by Brussels bureaucrats and European elites.

People were never asked, even though it’s the European citizens that are paying the price, PM Orban stressed, adding that the Hungarian cabinet is set to launch a national consultation survey to find out whether people agree with the sanctions and support new ones.

Regarding the sanctions, PM Orban said “if this goes on like this, the whole of Europe will collapse under the strain”. Because of them, European people have become poorer, while Russia has not been forced to its knees and the end of the war is not in sight.

Speaking about the war in Hungary’s eastern neighbourhood, Mr Orban said that step by step, a growing portion of the world is becoming the victim of the war.

We can expect a protracted war, PM Orban said. The US and the EU are helping Ukraine with weapons and money, while Russia’s reserves, both in terms of people and weapons, are endless, he said.

The war in the country bordering Hungary will continue this year and next, he said, warning that the global economy is threatened with collapse, and Europe’s economy may grind to a halt. He said: there is enough natural gas, electricity and oil. The amount stored in the gas storage reservoirs covers 41 per cent of the country’s annual consumption, and additional deliveries have been agreed with Russia.

However, since 85 per cent of Hungary’s gas needs are met by imports, the prices cannot be significantly influenced, so consumption must be reduced, Viktor Orban said, asking the state, as well as all state-owned corporations, institutions, families and businesses to curtail their consumption.

He also spoke about the fact that among all EU members, the Hungarian government is providing families the most help to cope with energy prices.

He said that the government is helping families with six schemes: by reduced utility prices, subsidised firewood and brown coal programmes, by freezing the price of petrol, certain basic foods and interest rates. By upholding the reduced utilities prices up to average consumption, every Hungarian family saves an average of 181,000 forints (more than 440 euros) per month, he pointed out.

Compared to the rest of Europe, this means that

in Germany, the energy subsidy amounts to 20 per cent of a family’s monthly income, in Austria it is 6 per cent, while in Hungary it is 30 per cent.

Mr Orban touched on the fact that the government has announced a 200 billion-forint (nearly 500 million-euro) programme for production and energy-intensive small and medium-sized enterprises, along with a factory rescue scheme and, if necessary, a new job protection action plan.

He said 9,400 billion forints (approx 23 billion euros) worth of investment projects are currently under way in Hungary, and will be completed, but due to the uncertain economic situation, no new state investments will be launched because their completion cannot be guaranteed.

Hungary is stronger today than at any time since the fall of communism, and although the sanctions are causing serious damage, there is a chance that the government will emerge from this crisis stronger.

In his speech ahead of parliament’s regular session, Mr Orban said his government “is setting a strong pace” for the coming months.

Despite the ongoing disputes with Brussels, PM Orban confirmed that Hungary still envisions its future as a member of the European Union.