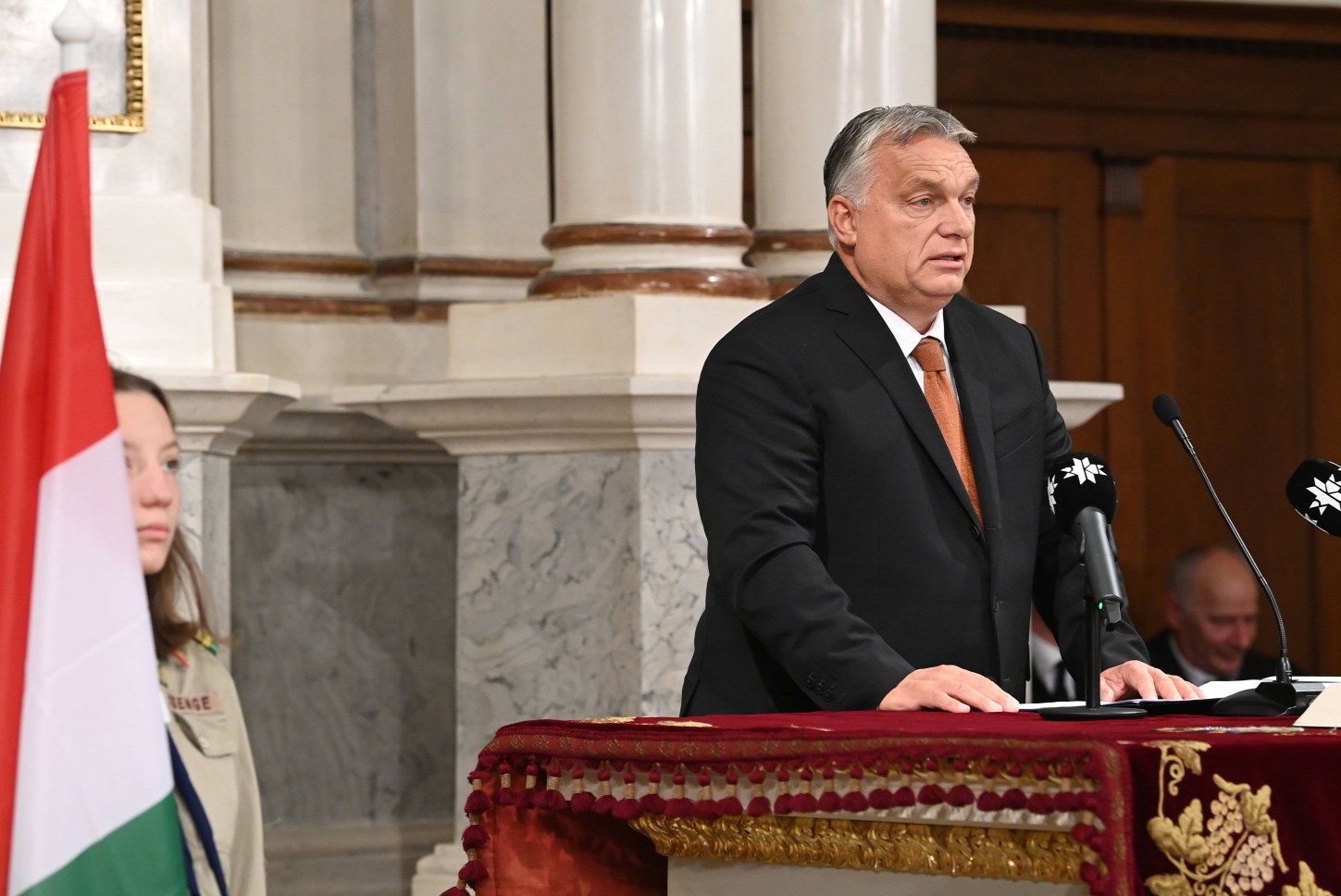 We must endure the trials and "carry our country safely to the other shore, holding on each other and trusting in God, not paying attention to the tide, but always to the shore," Hungarian Prime Minister Viktor Orban said in Budapest on Saturday.

At the festive service held on the occasion of the inauguration of the renovated building of the bishop’s seat of the Danube region, Reformed theological seminary and rebuilt college, the premier stressed that where there is great need, help is close at hand. This was also the case on that terrible day when they had to inspect the burnt-out corridors of the Raday college, he added. But there was hope even then, because donations were immediately started to flow in on the day after the tragedy, and millions of forints were raised for the works and to help the students in just a few days, he recalled.

He said that when you enter the building through the old entrance on Raday Street, the first thing you see is a monumental staircase, with a group of statues of heroes of the Reformed faith in its first landing. “The gaze of the ancestors measures us,” including those who are called by duty to lead and defend the country, he said.

The goal set by the Reformers is “not only a commandment to remain in the faith, but also to remain Hungarian,” the PM said. Therefore, it was no question that the state and the government would stand by the Hungarian Reformed Church in their plight, because that is exactly the purpose of a national government, the premier added. It’s more than an obligation, it’s a repayment, because the government has received a lot from the college since it opened its doors, he recalled.

Everything that has happened so far in the Raday College was for the good of the nation, Mr Orban opined, adding that generations of Reformed pastors have started out from here, serving Hungary with honour, taking with them their faith, knowledge, self-esteem and Hungarian identity, accepting difficult trials. God has done wonders through them, PM Orban said.

Hungary was again and again given the strength to make a fresh start, to renew itself, to rebuild he country after its destruction. This renewed strength, which is the essence of Reformed identity, is just as needed today as it was after the Second World War or the fall of the communist regime, the premier said.

Mr Orban mentioned war, famine and epidemics among the current challenges. He said we must stand up and fight for our rights, “as individuals and as a nation.” The difficulties are great, but where one’s strength fails, “grace always makes up for it,” he pointed out.

“No matter how dark the clouds, how high the waves, and how insurmountable the obstacles are, we must listen to the word of the Psalm: trust!”, PM Orban said, concluding his speech.