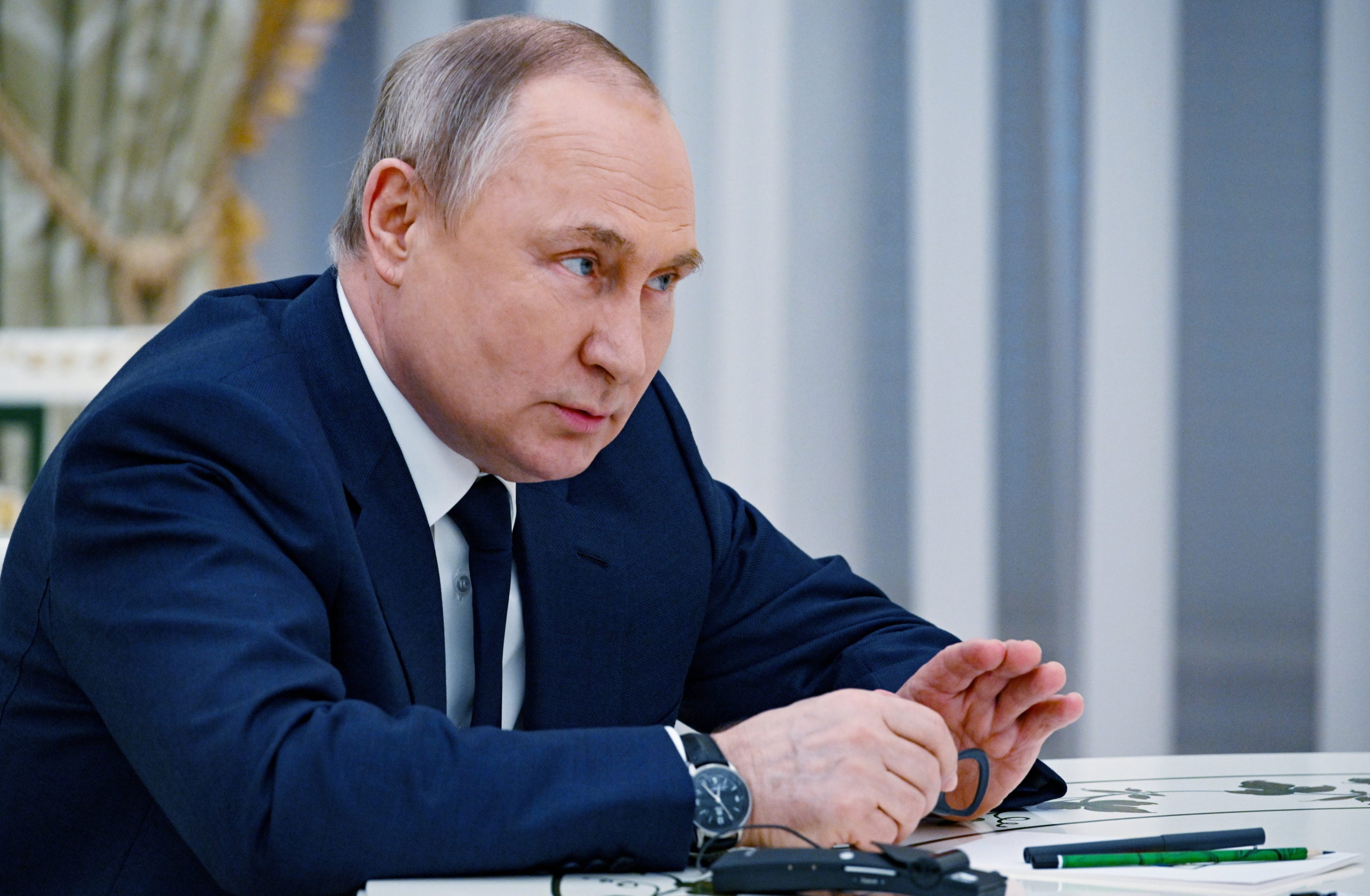 "The purpose of this West is to weaken, divide and ultimately destroy our country. They have openly declared that as they were able to break up the Soviet Union in 1991, the time has now come for Russia itself to disintegrate into numerous mortally hostile regions and territories. They have been working on this plan for a long time," Vladimir Putin said in his address to the Russian people, announcing a military mobilisation starting on Wednesday.

The topic of my speech is the situation in the Donbas and the course of the special military operation to liberate it from the neo-Nazi regime that seized power in Ukraine in 2014 as a result of an armed coup, Russia’s president began his speech. “Today, I appeal to you, to all the citizens of our country, to people of different generations, ages and nationalities, to the people of our magnificent homeland, to all who are united by great historical Russia, to soldiers and officers, volunteers who are now fighting on the front lines, to those who are providing combat service, to our brothers and sisters – residents of the Donetsk and Luhansk People’s Republics, Kherson and Zaporizhzhia regions, and other areas liberated from the neo-Nazi regime,” he continued. “The issue concerns the urgent steps necessary to protect the sovereignty, security and territorial integrity of Russia and to support the desire and will of our compatriots to determine their own future, and the aggressive policy of some Western elites, who are doing their utmost to preserve their dominance and, to this end, are trying to block and suppress any sovereign and independent centres of development in order to continue to force their will on other countries and nations, and to implant their pseudo-civilization,” Vladimir Putin said. He noted that

“the purpose of this West is to weaken, divide and ultimately destroy our country. They have already openly declared that in 1991 they were able to break up the Soviet Union, and now the time has come for Russia itself, that it should disintegrate into numerous mortally hostile regions and territories. This is something they have been planning for a long time. They encouraged gangs of international terrorists in the Caucasus, and moved NATO’s offensive infrastructure close to our borders. They made total Russophobia their weapon, among other things they fuelled hate towards Russia for decades, especially in Ukraine, where they paved the way for an anti-Russian narrative, turned the Ukrainian people into cannon fodder and forced them into a war with our country,”

President Putin said, adding that the war began back in 2014, when the military was deployed against civilians, and those unwilling to recognise Ukraine’s government, which was created through a coup, became the targets of genocide, blockade and terror. And after “the incumbent Kiev regime” had publicly refused a peaceful solution to the Donbas problem, and also announced its demand for nuclear weapons, it’s become perfectly clear that another large-scale offensive against the Donbas is inevitable, as it had already happened twice. And then, just as inevitably, an attack on the Russian Crimea would follow, against Russia, Putin said.

“In this context, the decision to launch a preventive military operation was absolutely necessary and it was the only possible decision. Its main objectives – the liberation of the entire territory of Donbas – have remained unchanged,”

Putin emphasized, opining that the West is threatening Russia with nuclear weapons, and “we have to respond to it with arms. This is not a bluff.” He remarked that the People’s Republic of Luhansk is practically cleansed of neo-Nazis, and the fighting continues in the People’s Republic of Donetsk. Over the course of eight years, the occupying regime in Kiev created a deep-rooted line of long-term fortresses there.”

“A frontal charge would cause severe losses, so our units and the military units of the Donbas republics are operating in a planned and professional manner, and are liberating Donetsk and clearing the towns and villages of neo-Nazis step by step. They are also helping those whom the Kiev regime had turned into hostages and human shields,”

Vladimir Putin said. “As you know, the special military operation is conducted by professional soldiers, whose service is regulated by a contract. Units of volunteers fight with them shoulder to shoulder: people of various nationalities, occupations and ages; true patriots. They serve to protect Russia and the Donbas,” he added.

The decree on mobilisation measures has been published on the Kremlin’s website.