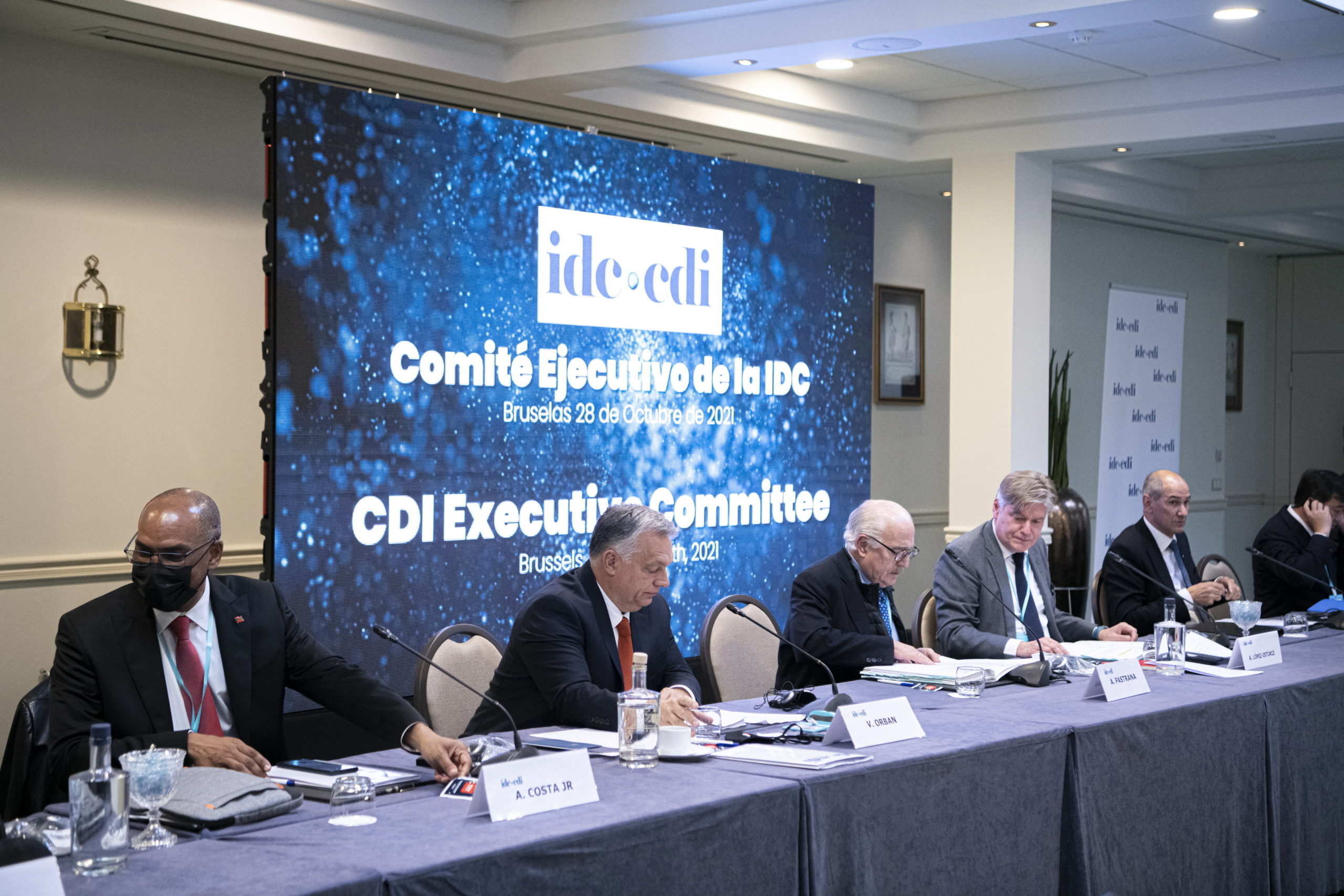 Hungarian Prime Minister Viktor Orban , leader of the Fidesz party, has been re-elected as vice-president of the Centrist Democrat International (CDI) by the general assembly of the organisation in Brussels, Bertalan Havasi, the PM's press chief told the Hungarian state news agency (MTI) on Friday.