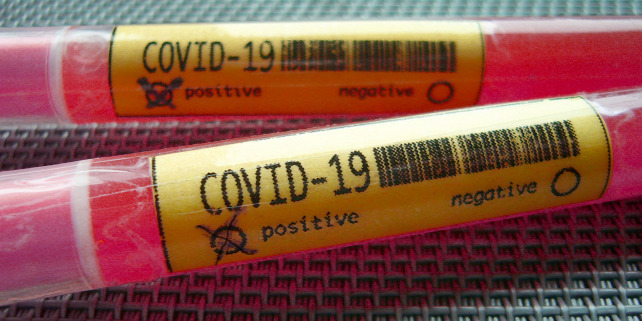 The Covid crisis on the archipelago is deteriorating rapidly due to a low vaccination rate and a record high number of deaths. Funeral providers are unable to cope, as they currently need to arrange as many funerals in the span of three to four days as they had in an average pre-pandemic month. With incidence rates soaring, the start of the school year has been postponed, a government spokesman announced.

Conditions are bordering on the disastrous in the French overseas territory. The coronavirus is raging on the islands of Guadeloupe claiming an ever increasing already high number of lives as a consequence of the extremely low vaccination rate of the population. Due to the spike in deaths, funeral providers are overwhelmed forcing relatives to wait for weeks before they can bid final farewells to their deceased loved ones, BFMTV reports.

The dead are being transported to mortuaries at such a fast pace that the situation has become practically become unmanageable, a local undertaker Bruno Mancon said, adding that this has been the case for about three weeks. Normally there are ten funerals per month, but now two to three per day are needed, he noted, saying that 76 people died last week alone, which is a very high number for a population of less than 400 thousand.

A wholesaler of funeral supplies reported a doubling of sales in one week, as demand for coffins had increased to such n extent. He fears that if the death rate remains the same, they would run out of some of the materials needed for burials.

The prefect announced the extension of the health emergency in Guadeloupe until 19 September, and lockdowns will remain in force. Between 16-20 August, 7,800 new Covid cases were registered in the region, 336 people were hospitalised, 51 of whom are in intensive care.

Government Spokesman Gabriel Attal also talked about the gravity of the situation in a press conference. He explained that the Council of Ministers has decided to postpone the start of the school year originally scheduled for 2 September, to 13 September in certain areas of Guadeloupe, Martinique, Saint-Martin, Saint-Barthelemy, and French Guiana, all of which are classified as red zones.