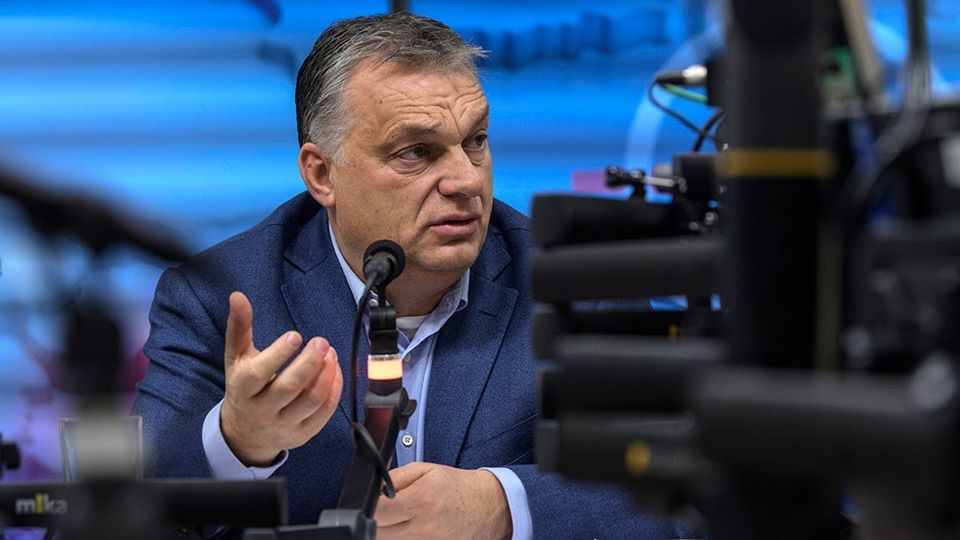 PM Orban: Hungary to be the first to offer third jab

The Hungarian government is the first to make the administration of a third jab possible, PM Viktor Orban told Hungary's public radio in his regular Friday morning interview. Regarding Hungary's child protection law, he touched on Brussels' letter sent to Hungary and described the position of the European Commission as shameful.

We will make it possible for people to receive a third jab, but we suggest they wait four month after the administration of the second jab, Hungarian PM Viktor Orban told Hungary’s public radio on Friday.

Hungary’s premier explained that opinions on the necessity of a third jab are divided, adding that even a new statement issued by the WHO on Friday morning suggests a decree of uncertainty. However, there is no such opinion that a third vaccine could be harmful. The Hungarian government believes that this is not something to be afraid of, because it increases people’s sense of security, so why should we deny them this option, Mr Orban said.

There are plenty of vaccines in the country, Mr Orban emphasized, adding that in terms of general vaccination coverage, Hungary is still one of the safest countries in Europe.

Inoculation for healthcare workers will be mandatory, Mr Orban said, adding that although the government does not like coercion, this is a decision that had to be made. As a result, healthcare employees will only be allowed to work if they are vaccinated against COVID.

Mr Orban stressed that the vaccination rate among those over 65 is 85 per cent, meaning that 15 per cent of the elderly are unprotected and at risk, because

the delta variant is aggressive, vicious, and finds those who have not been inoculated.

This means that those who have not received the jab are at a bigger risk now than even during the pandemic, he explained. The government has therefore decided to contact these people in person and give them a chance to dissuade them from putting their lives at risk.

PM Orban mentioned that around 45 per cent of 16 to 18-year-olds have already been inoculated and that health authorities began the vaccination of 12-15-year-olds. The government’s plan is to allow every child aged over 12 to receive a jab during the two days preceding school, provided they have parental consent.

He believes the fourth wave, if it reaches Europe, cannot be avoided. The only question is how many unvaccinated people it will find.

“I find the Commission’s position shameful,” Mr Orban said, adding that it is quite clear that the purpose of this “request” is to allow LGBTQ activists into kindergartens and schools. He underlined that raising children is the responsibility of parents and, with the consent of parents, schools are naturally allowed to have sexual education delivered by professionals who are considered suitable for this task by the principal, as well as the teachers.

“We don’t know the true extent of the lobbying activity taking place against our country,” PM Orban noted.

“A window has now been opened for Hungarians to have a look at Europe,” he continued. The Hungarian prime minister said he is gathering information about what is happening in Western Europe, what is going on in the name of sexual education in German and Dutch schools, adding that he was surprised at what he found.

In Western Europe, young people can undergo gender reassignment surgery without their parents’ consent. A legal environment which makes this possible will not be created in Hungary, Viktor Orban stressed.

The language and framework used in the current debate are legal in nature, but its essence is political, he said, pointing out that Brussels wants to force its will on Hungary. “Our children’s freedom is at stake,” he added.

“We cannot allow sexual propagandists to meander in our schools,” Mr Orban said, adding that “if any parent wants rainbow activists to teach sexual education to their children, they are free to make arrangements”.

PM Orban also underlined that linking a legal issue to the disbursement of EU funds is completely unacceptable.

Hungary is eligible for its share of the Recovery Fund and we will receive this money, PM Orban said, stressing that government will launch the programs it intends to implement, even if the money does not arrive from Brussels.