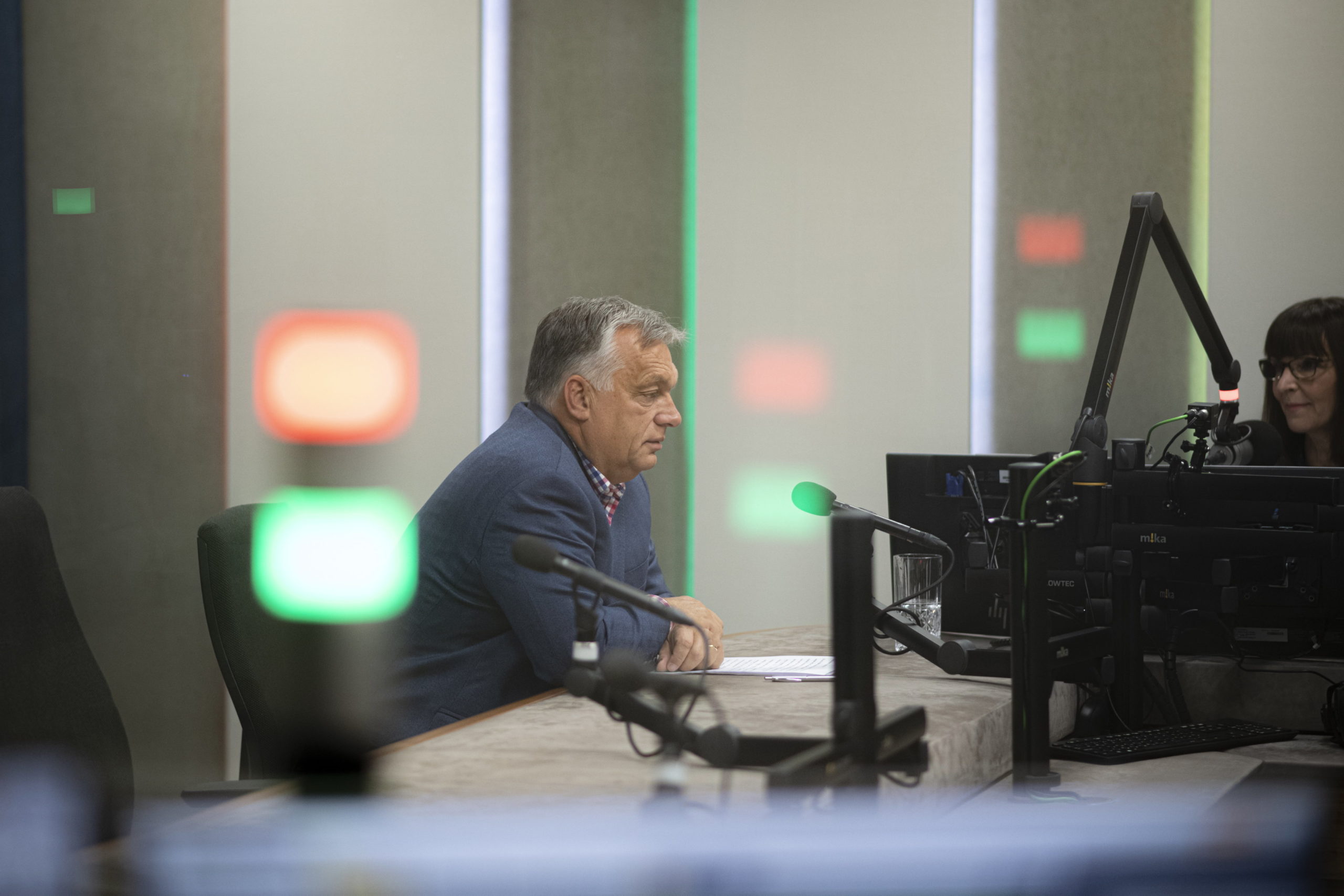 Retired people will receive 80 thousand forints (nearly 225 euros) on top of their normal monthly pension payment in November, Hungarian Prime Minister Viktor Orban announced on Hungary's public radio (MR1) on Friday morning. Under the Pensions Act, about 435,000 retirees would have been entitled to less than that, but thanks to the performance of the economy, everyone can be paid that amount, the premier said. Pensions will also be adjusted for the higher-than-expected inflation rate, so many will receive up to 100 thousand forints (nearly 280 euros).

Plans announced by the left to bring Hungarian utility prices in line with world market prices would mean “taking back the utility bill benefit” introduced by the current government, he declared. He added that the measure would mean the end of affordable utility prices in Hungary, “we would go back to where we were before 2010.” The premier believes the problem with Hungarian politics is that the debate is not about the future, but about a return to the past, as the well-known figures of the Gyurcsany-Bajnai government want to return to power.

If they come back, the high prices will come back with them, the prime minister said.

He recalled that the price of gas has risen sharply recently, and that gas storage facilities in Western Europe are empty – the situation is reminiscent of that in Hungary between 2002 and 2010. In the Gyurcsany era gas prices had tripled, despite his promises to the contrary, the PM said. He explained that currently, the Hungarian government is in a position to provide natural gas to the population at below the market price it is purchasing it for. “You cannot light the stove with ideological slogans,” so an agreement had to be reached with the Russians, and Hungary has managed to successfully conclude a 10+5 year contract with them, Mr Orban said in the interview.

On the recent developments between the Ukraine and Hungary over the agreement with Russia, the PM said it was easy to play the tough guy with Hungarians – at least, the Ukrainians thought so but they were wrong.

Hungary needs gas, and Hungary must help the Hungarian people, so the government cannot take the Ukraine’s point of view into account. If gas were brought into Hungary via the Ukrainian route, families would have to pay more for it, and this is not acceptable for the Hungarian government, Mr Orban explained.

The premier also said it is not vaccination that poses a risk, but the lack of being inoculated. “Those who have been vaccinated have already experienced how good it feels to be safe,” he put it. During the summer, the Hungarian government prepared for the fourth wave and for inoculating schoolchildren; they have stockpiled enough vaccines to administer to those who have not received the first dose yet, as well as to those who want to get the third booster shot. The unvaccinated are not protected by herd immunity and those who are not inoculated are highly likely to contract the disease, Mr Orban pointed out.