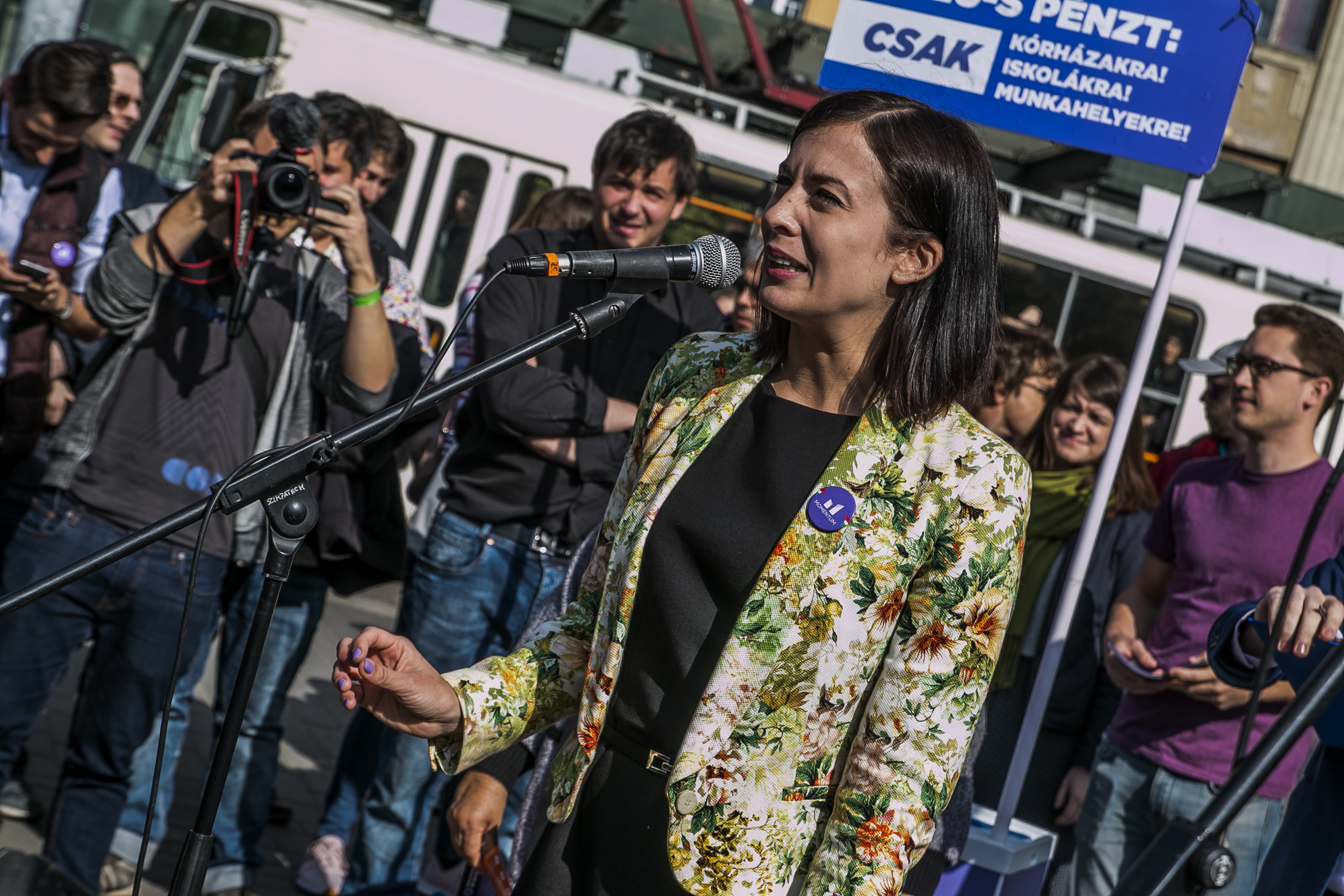 She campaigned against Olympic bid, while winning EU funding for it

Further details have come to light in the scandal surrounding the liberal Hungarian politician. As it turns out, the company then under the directorship of Momentum MP Katalin Cseh had applied for EU funding for a project that, in their opinion, would have contributed to Hungary's successful Olympic bid. Meanwhile, as a politician, Ms Cseh embarked on a proactive campaign against Budapest's bid to host the Olympics.

Further details have come to light about the scandal involving an MEP of Momentum, a liberal party in Hungary.

As managing director of a company, Katalin Cseh applied for EU funds for a project that would have helped Budapest’s Olympic bid but, as a politician, she proactively campaigned against the Hungarian capital’s bid to hold the Olympic games.

Momentum, known as an association back in 2015, became known nationwide as a political party in 2017, when it campaigned against Budapest’s bid to host the Olympics.

Among Momentum’s founders is MEP Katalin Cseh, who was not only an active participant in a signature drive to thwart Hungary’s Olympic bid, but in fact spearheaded the movement, according to Demokrata, a Hungarian weekly that published additional details regarding the scandal.

Katalin Cseh became a member of the Momentum Party presidency in 2017 and is currently its MEP, while also Vice-Chair of the Renew Europe European Parliament group. In the 2019 European parliamentary election, she was selected as the top candidate for the Alliance of Liberals and Democrats for Europe (ALDE) Party, and at one stop in her Hungarian campaign was supported by Guy Verhofstadt, a leading figure of European liberals.

In the European Parliament, the Hungarian politician regularly demands that the European Commission freeze EU funds to Hungary, but in the past her company and other affiliated firms have pocketed a total of several million euros in EU funding.

So the anti-Olympic activist who became a member of the Momentum presidency in 2017 has definitely become a known political figure but, until recently, relatively little was known about what she did when she was not in a politician, Demokrata writes.

At that time, she had been managing Pannonia Nyomda Kft (Pannonia Printing Ltd) for years, which was founded by her father Tibor Cseh in 2010. From 25 January 2013 to 10 January 2018 she was the CEO of the printing company – even long after having become a member of Momentum’s executive board. This was reported in detail by the bennfentes.net investigative portal after they received videos of an Anonymous-masked figure promising information to uncover the double-dealings of the Hungarian politician.

The portal goes on to explain in detail that while under the management of Katalin Cseh, who was also busily building a network of international political relations, the company not only submitted a tender for EU funds, but also won more than HUF 68 million (approx. €190,000) in support for the development of a hologram technology.

However, after the Anonymous-masked figure had sent his latest, third video to the bennfentes.net news site, hinting that it was worth taking a closer look at projects submitted for EU funding, Demokrata was swift to delve deeper into the case. The team began by reading the summary of the project titled “Application of hologram in the planning, implementation and sales processes of construction investments”, which won HUF 68,126, 864 (approx. €190,000) in funding.

“Our company’s basic objective is to develop and introduce a service and product that is not yet on the market”, the description began, and continued with a lengthy and detailed discussion of the advantages and possibilities of holographic imaging. Somewhere in the middle of the long summary, the weekly Demokrata came across a surprising section.

“The first of the professional tasks is the holographic display of the units, spaces and areas in the location to facilitate marketing, sales or rental. In the case of big-budget investments, the use of hologram as a marketing instrument at this stage will have a significant impact on the market in terms of both preliminary and distant sales. We must bear in mind that its use amounts to a negligible cost in the budget of a major investment project, but its impact on decision-makers could be enormous.”

“Decision-makers can include a real estate investor, someone purchasing an apartment or leasing an area, as well as decision-makers and participants involved in the implementation of a planned major investment project (e.g. the coloured holographic presentation of venues in the application material to be submitted for the 2024 Olympic Games, to be held in Hungary), which – as in our example – could imply a decision to be made at a national economy level.”

In other words, the company managed by Katalin Cseh applied for EU funding with a project that they thought could contribute to a successful Hungarian bid for hosting the Olympics.

Although the grant agreement was signed in 2018 by Gabor Halasz, Ms Cseh’s successor, the application was submitted under the management of Katalin Cseh, with her signature, on 8 July 2016. The company performed the completeness check by 22 November 2016 and the eligibility decision was made in December 2016.

All this barely a month before the anti-Olympics signature drive kicked off.

According to Demokrata, applicants have sent in nearly seven hundred tenders, so the state-level project evaluations were only completed in August 2017, when Katalin Cseh still functioned as the managing director of Pannonia Nyomda Kft. This means that, although the evaluation’s completion by the managing authority, the approval of the grant decision and the signing of the grant agreement all took place after Ms Cseh had resigned as CEO,

the submission of the tender which, inter alia, aims to promote Budapest’s successful bid to host the Olympics, is linked to the one Katalin Cseh who kept collecting signatures against Budapest’s Olympic bid in the meantime.

Were her colleagues in Momentum aware of this?, the weekly Demokrata asked.

The picture is getting ever clearer thanks to the latest Anonymous videos, the weekly adds.

In his videos, the person wearing an Anonymous mask has pledged to expose a “two-faced politician, who pretends to be one of us, while double-dealing both here and there”.