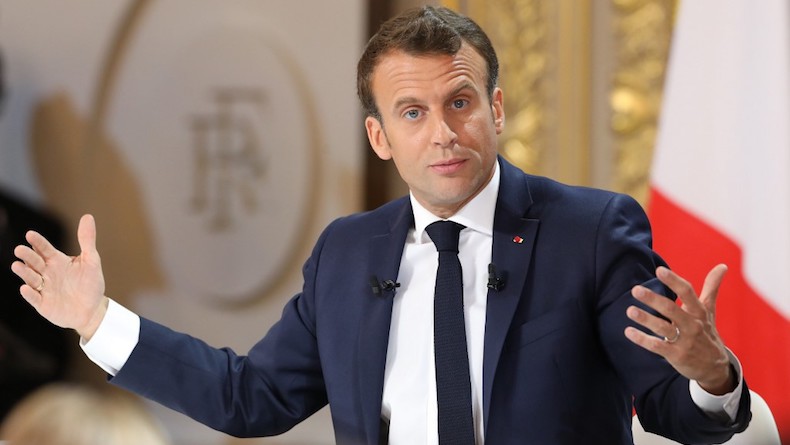 Macron's solution: those unvaccinated will not get their salaries

The French president announced that vaccination will be made mandatory not only for healthcare personnel but also for those providing care to elderly people in their homes. According to Marine Le Pen, the most popular opposition politician, President Macron's roadmap is clear: he aims to dismantle the social protection system and to severely restrict individual freedoms.

French President Emmanuel Macron began his long-awaited address to the nation by saying that the country has managed to contain the pandemic, and went on to break the bad news: vaccination will be compulsory for all caregivers working in daily contact with the most vulnerable people. From 15 September, there will be controls and sanctions in place for people working in those areas unvaccinated.

The French president argued that vaccination is the only way to fight the spread of the coronavirus. He also shared the above announcement on Twitter, revealing that vaccination will be made mandatory not only for the personnel of healthcare institutions but also for those providing care to elderly people in their homes.

The French president also called on every French citizen to get a jab as soon as possible, adding that 9 million doses were available for use. Inoculation is the key to people’s freedom, the head of state stressed.

Emmanuel Macron also said that a vaccination campaign will be launched for secondary school and university students at the beginning of the academic year. He continued his speech by announcing that a state of emergency and a curfew have been introduced in the French overseas departments of Martinique and Reunion due to the resurgence of the virus, noting that vaccination rates in these departments are rather low.

Emmanuel Macron then spoke about the so-called pass sanitaire, also known as the digital passport, which will be mandatory for those wishing to enter cafes, restaurants, shopping malls, hospitals or elderly care homes, and it will also be required for boarding planes, trains and coaches.

Following the president’s address to the nation, Health Minister Olivier Veran took to Twitter to affirm the government’s position: health workers will not be allowed to work and will not receive their salaries if they are not vaccinated by September.