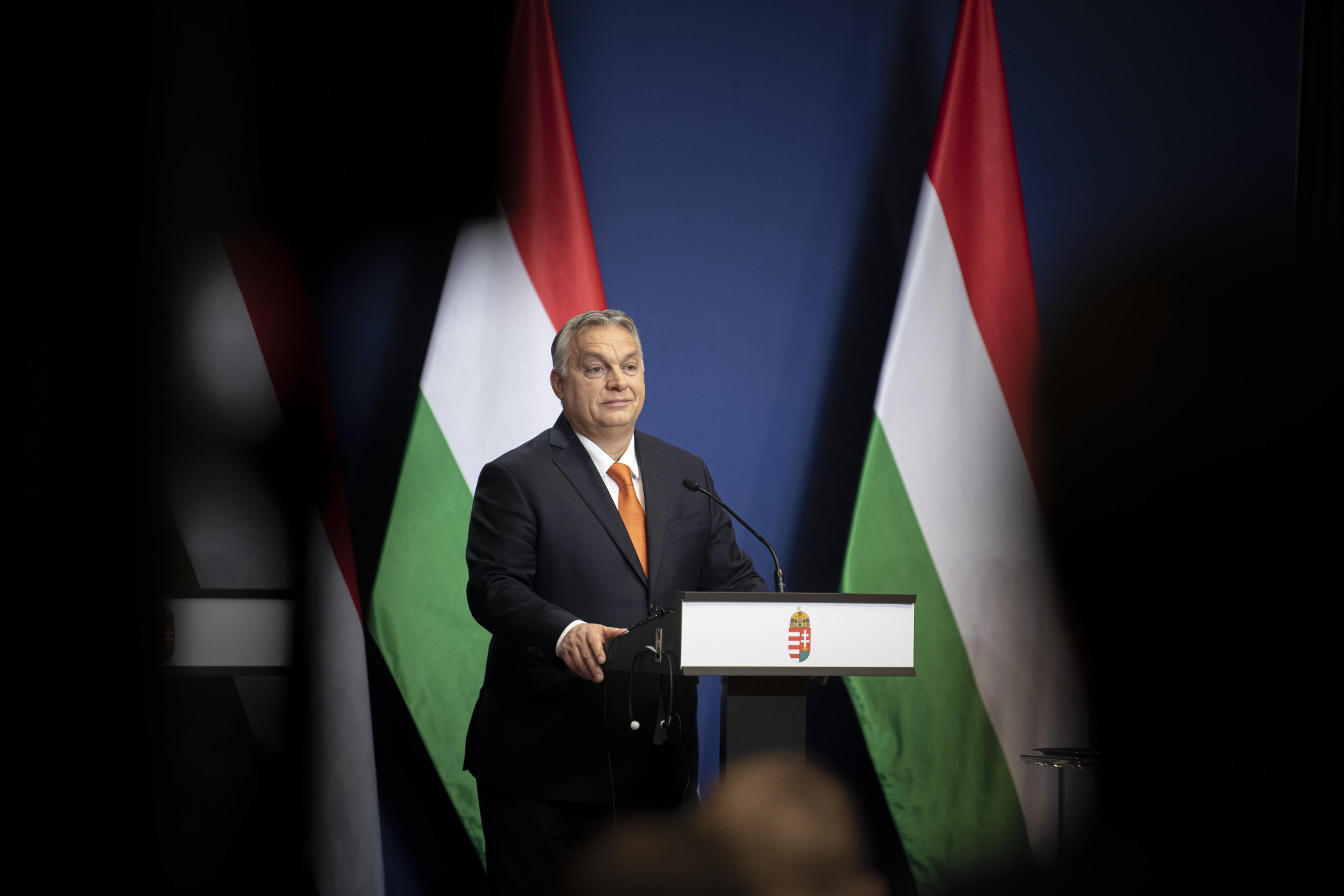 PM Orban: We believe in nation-states and their renaissance throughout Europe

The Hungarian prime minister held an international press briefing after the parliamentary elections on 3 April. Among other topics, he talked about the results of the elections, the tasks ahead for the new government and the challenges the European Union has to face. In his telephone negotiations with Vladimir Putin, he invited the Russian president to Budapest and proposed talks between the presidents of Russia, Ukraine and France, as well as the chancellor of Germany.

Hungarian Prime Minister Viktor Orban held an international press conference from 2 pm on Wednesday. It was the premier’s first press appearance after the Fidesz-KDNP party alliance he leads won a two-thirds majority in the parliamentary elections on 3 April.

this is the best election result of all time, no party has ever received this many votes.

PM Orban put his success down to three factors: firstly, Hungarian people want peace, secondly, Hungary is a successful country, and the third factor is the opponent, which only formed an alliance in order to seize power, he said.

“I wish to confirm that the party winning the elections and forming the government have an unchanged vision of Europe,”

the premier said, and went on to speak about topics regarding the European Union. He said: people had voted authority to a party alliance which believes in nation states.

“We believe that this thought will experience a renaissance throughout Europe.”

he emphasized, adding that Hungary will strengthen its alliances.

“We will strengthen our alliances, including the alliance with the European Union and the alliance with NATO. We will continue to picture Hungary’s future in the EU and take part in the debate on that future,”

Speaking about the crises impacting Europe, he said that families had to be protected as an European economic crisis was unfolding, and its effects must be deflected. The Hungarian premier cited as an example the high energy prices, and said that urgent measures were needed to tackle them.

In response to a question, the Hungarian premier disclosed that he had spoken to Vladimir Putin on the phone today. He proposed that the Russian president declare an immediate ceasefire.

“I know it doesn’t work like that so I have invited him to come to Budapest and negotiate with the Ukrainian president, the French president and the German chancellor,”

he said, adding that in response to the invitation, the Russian president said that there were conditions that the Ukrainians must meet.

When asked whether Hungary is ready to pay in roubles for Russian gas, the Hungarian premier said that

“we have no problem with paying in roubles, if that’s what Russia wants, we will pay in roubles”.

Regarding the issue of nuclear energy and the expansion of the Paks nuclear power plant [in Hungary], Viktor Orban pointed out that nuclear energy is not included in any sanctions package proposed by the EU, so the investment project in Paks can continue under the agreements signed previously. Having touched on the issue of sanctions, he reiterated his view that although the Hungarian government in general does not agree with the policy of sanctions, the EU’s unity was the most important in the current war situation.

Speaking about the Hungarian crisis management, the premier said that his government had reduced the previously adopted budget deficit, as well as the public debt, and all this was achieved during a pre-election period.

he said in his response to the journalist.

Concerning relations with Poland, he stressed that the alliance with Poland needs to be reinforced, adding that this is a strategic issue, even “if we hold differing positions in foreign policy”.

Within the EU we need to strengthen our self-defence,

Asked about the current price cap measures, he said they would remain in place certainly until the existing deadlines, but he would like for them to remain to the greatest extent possible going forward.

Regarding the composition of the new government, he said there have always been significant changes in both the structure and personnel following previous elections, so this can be expected now, as well, however, this is not likely to take place before the end of May.

When asked about the increase in teachers’ salaries, Viktor Orban replied that the 10 per cent pay rise his government had promised educators shall be achieved over the next few years with even higher increases possible contingent on actual economic growth.

The prime minister called the withholding of Recovery and Resiliency (RRF) funds from Hungary by the EU an “unacceptable distortion of competition”, but added that the country is now able to access large amounts of funds from the financial markets, so it is inconceivable that it will be left without monies.

Polish-Hungarian relations are somewhat strained by the war in Ukraine, he said, adding that Poles continue to push for a no-fly zone over Ukraine. This would mean an air war, he underlined.

In addition, the Poles are also urging to extend sanctions to Russian oil and gas imports, which we do not support,

said the prime minister, noting that the foundational aim of the Visegrad Alliance (V4) was to help its member states to represent their interests more effectively in Brussels and not to establish a common foreign policy.

In response to another question, Viktor Orban said that the price agreed in the current gas contract with Russia is more favourable than in previous arrangements, and also said that a long-term gas contract is crucial in the event that there is too little gas available on the market in the future.

I fear that the deterioration of Russia-West relations may extend to the West’s relations with China,

the premier said in response to a question, citing it as the reason why he supports French President Emmanuel Macron’s proposal for the EU to take an independent policy stance in this regard.

When asked about the possibility of various austerity measures, Viktor Orban definitively stated that absolutely none would be introduced. And on the assumptions of certain journalists concerning tax increases he said,

“We are a pro-tax cuts party and will not burden the populace with higher taxes.”

In this context, the Hungarian prime minister went on to explain that the taxes imposed on multinational companies back in the early 2010s as part of the then crisis management measures, may have to be re-introduced depending on the energy situation. Their imposition depends on whether Brussels is able to prevent a dramatic rise in energy prices.