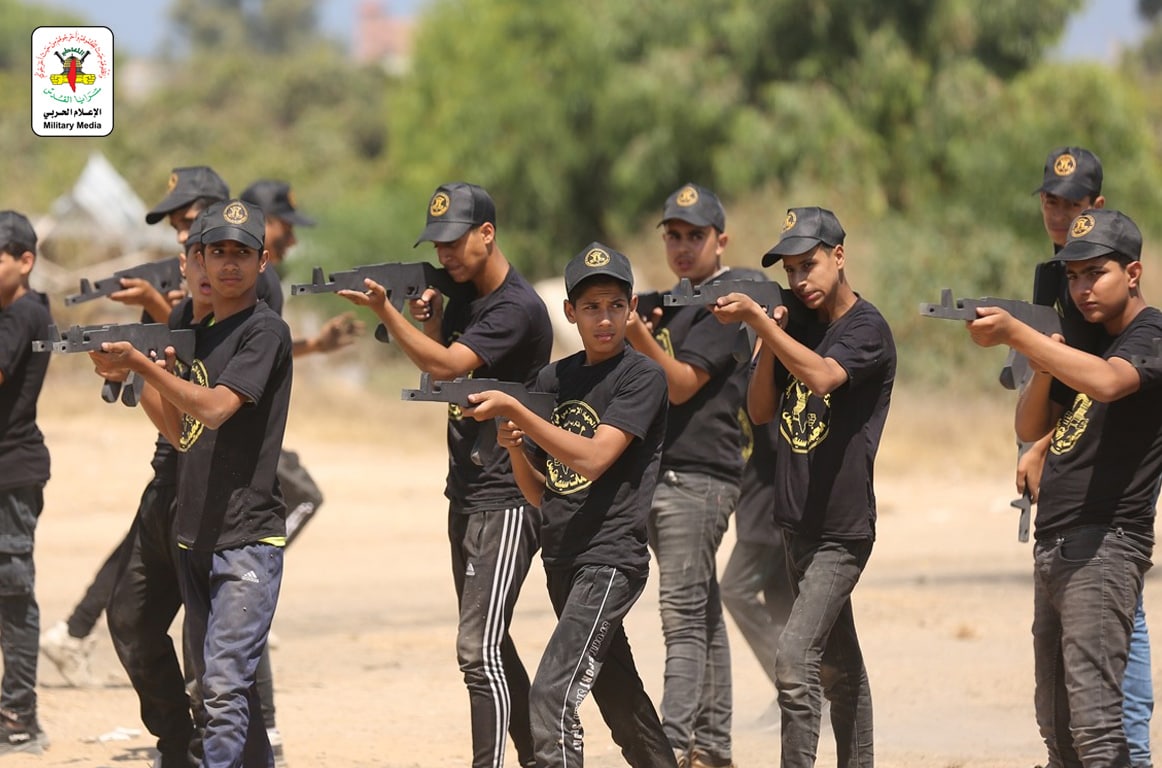 Palestinian terrorists train children for war under the guise of summer camps established in the Gaza Strip.

Palestinian terrorist groups recruit and train children to serve as soldiers through summer camps established in the Gaza Strip. 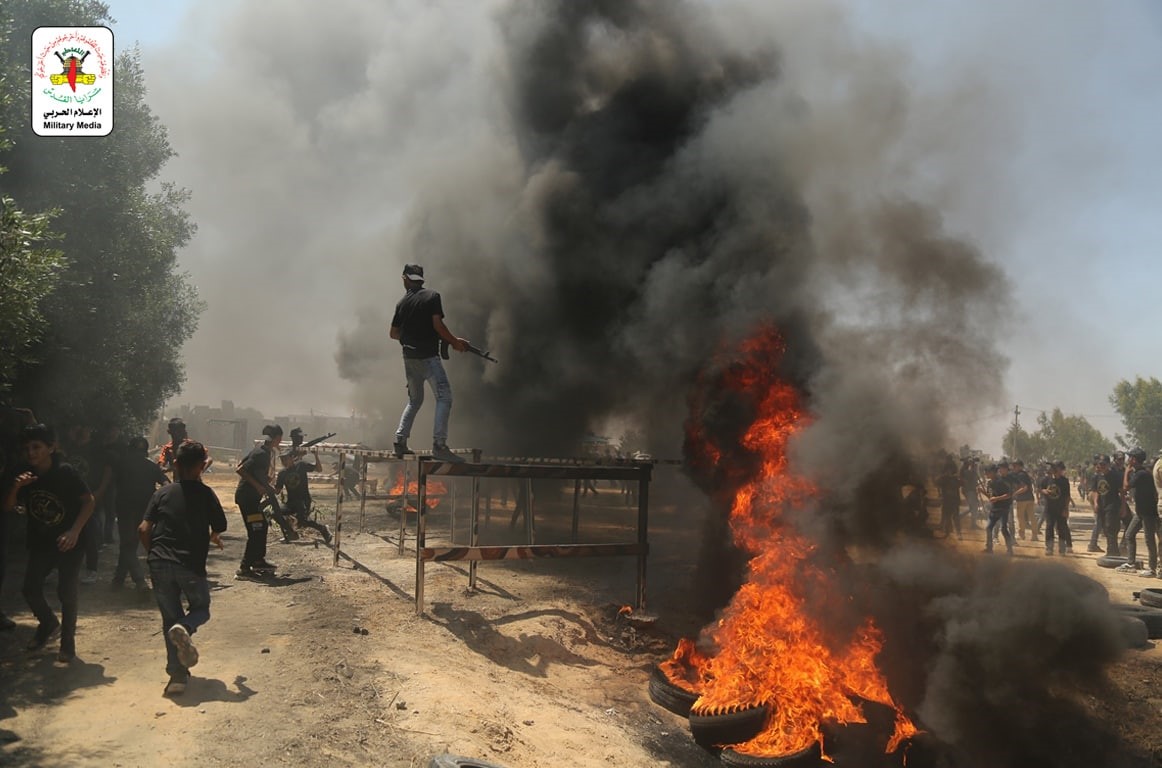 Hamas and Palestinian Islamic Jihad (PIJ), the two leading Palestinian terror groups operating in Gaza, have established several of these summer camps to train children for the next war with Israel. The terror organizations are using the May conflict with Israel, the worst violence in years, to motivate registration. At least 50,000 children have already signed up, according to reports.

Palestinian Islamic Jihad also launched their military summer camp on Saturday for teenagers between the ages of 14-17. #Gaza pic.twitter.com/FQiwxnDuct

The existence of the summer camps came to light after a member of the Foundation for Defense of Democracies (FDD) posted several photos on Twitter, showing teenagers aged between 14 to 17 practicing with weapons under the supervision of adult fighters. The organisation has called on UNICEF, tasked with taking care of children in the region, to stop the terror organisations from recruiting more minors. 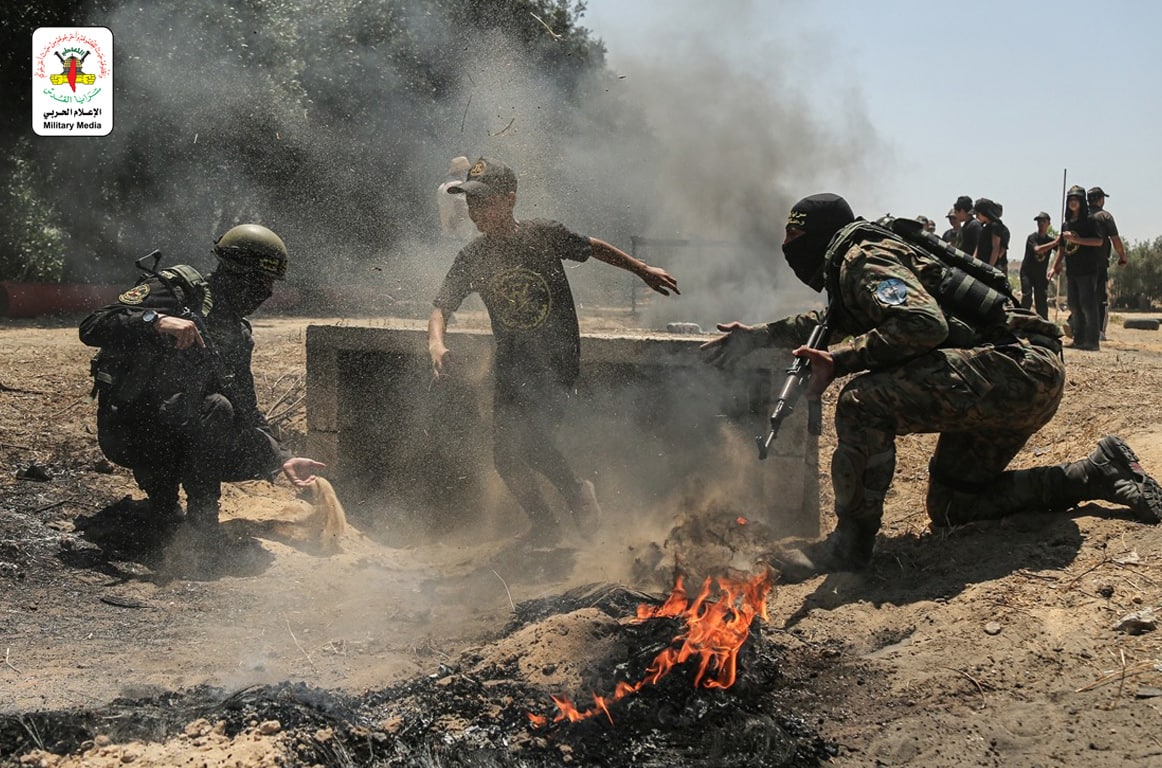 Although images of Islamist child soldiers have repeatedly appeared on social media, the international community has recently attacked Israel over the death of Gaza children during the war.

The New York Times accused Israel of targeting children, but it later became clear that Hamas and PIJ deliberately placed kids on the battlefield so that they could be wounded or killed. Both terror groups have a history of using children as shields to make it look like Israel recklessly murdered innocent civilians.

“Some of the civilian casualties in Gaza during the recent May 2021 conflict were child soldiers recruited and forced to fight for the Palestinian terror groups. If so, Hamas and PIJ bear direct responsibility for the deaths of these Palestinian children as well,” the International Legal Forum wrote in a letter sent to UNICEF and demanded that UNICEF take immediate steps to shut down these camps and protect children in Gaza from being recruited. “It is incumbent upon UNICEF to act immediately and without reservation to prevent the continuation of such unconscionable atrocities and abuse of children in Gaza, as well as to hold Palestinian terror groups Hamas and PIJ, accountable for these heinous crimes,” the organisation wrote.

Jonathan Schanzer, vice president for research at the Foundation for Defense of Democracies, said there is “a steady pipeline of teenage kids in Gaza” being funneled into the terrorist summer camps, which not only train children to fight but also indoctrinate them in militant ideology that calls for Israel’s destruction. “All of this should be seen as war crimes. And this does not even include the tunnels and other military infrastructure that Hamas builds under and around schools,” he added.