A video posted on the website of the European Commission President this morning was swiftly removed, and then uploaded again in a re-edited version. The internet, however, preserved the original version.

On Wednesday morning, a video was published on the website of European Commission President Ursula von der Leyen, the Hungarian 888 portal writes. “Russia must pay for its horrific crimes,” reads the first sentence of the entry, and then it continues.

Russia must pay for its horrific crimes.

We will work with the ICC and help set up a specialised court to try Russia’s crimes.

With our partners, we will make sure that Russia pays for the devastation it caused, with the frozen funds of oligarchs and assets of its central bank pic.twitter.com/RL4Z0dfVE9

The video, however, was promptly removed from the page and then re-uploaded later, but in an edited form. In the original video, Ms von der Leyen states the number of Ukrainian soldiers and civilians who have lost their lives in the war so far. This part, however, is missing from the new video, 888.hu points out.

The Commission chief begins her statement by saying that

“Russia’s invasion of Ukraine has brought death, devastation ans unspeakable suffering. We all remember the horrors of Bucha”.

The recording clearly shows that the image jumps. According to 888.hu, the part that’s missing said that

“it is estimated that more than 20 thousand civilians and more than 100 thousand Ukrainian military officers have been killed so far”.

The portal managed to obtain two screenshots of the missing sentences. 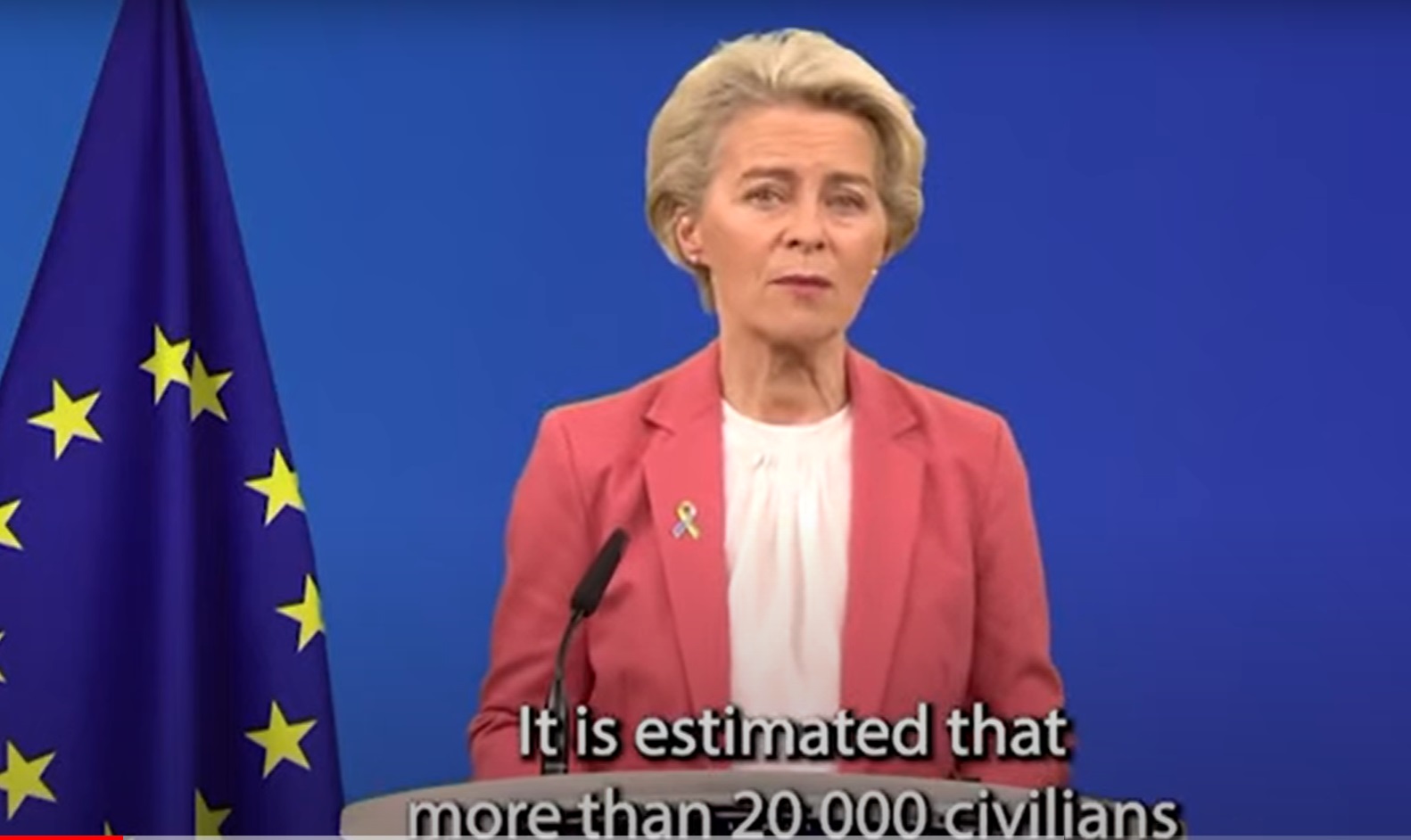 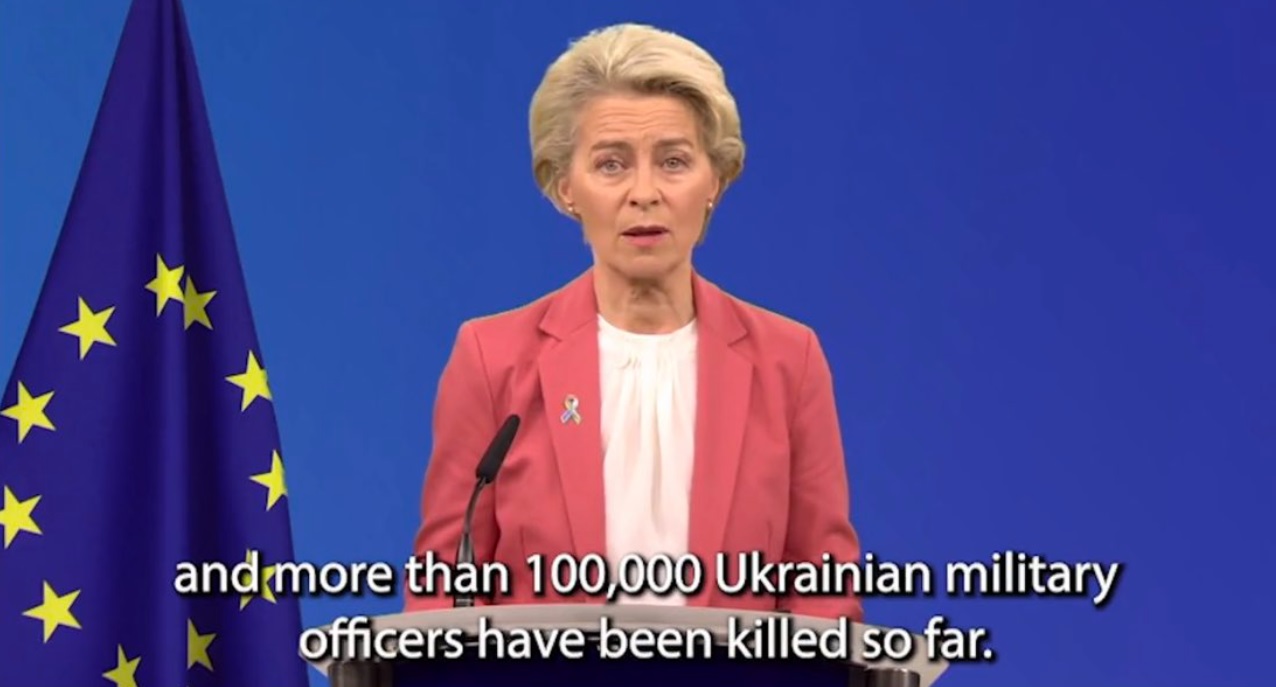 Internet users on the ball were also able to upload the entire, uncut video to YouTube:

The trick, however, could not disappear without leaving a trace as a Google search for the missing part will lead to the Commission’s official website, 888 writes.

There is no accurate information about the Ukrainian and Russian death toll, 888 points out, adding that we can only rely on estimates in this regard.

According to an article published by Reuters at the end of August, General Valeriy Zaluzhnyi said that nearly 9 thousand Ukrainian military personnel had been killed in the war with Russia. In mid-November, BBC cited Mark Milley, chairman of the US Joint Chiefs of Staff, who said that more than 100 thousand Russian soldiers had been killed and wounded and the figure on the Ukrainian side was presumably similar. General Milley suggested that around 40 thousand civilians had died in the conflict.