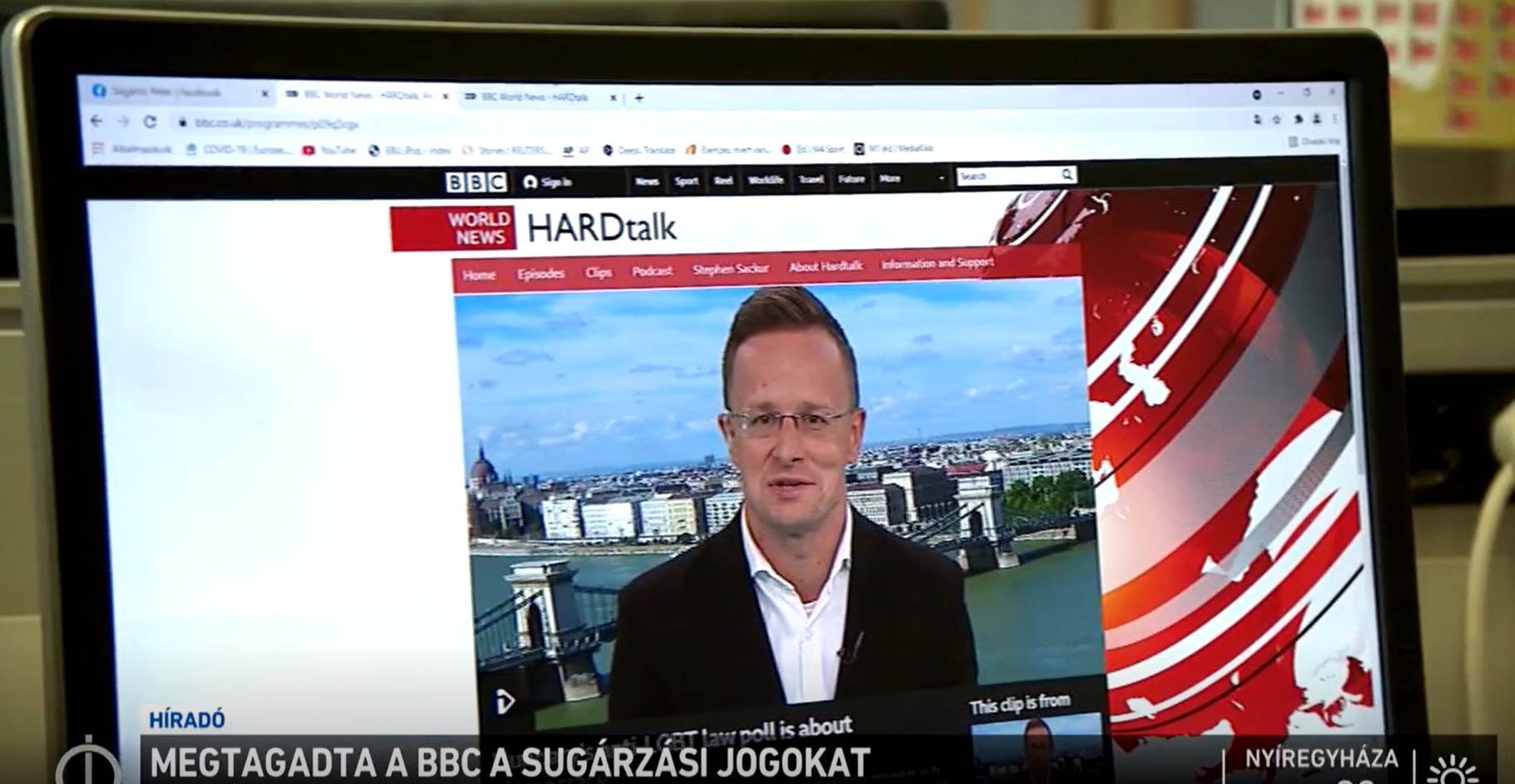 The BBC failed to discredit FM Peter Szijjarto, that is why they won't release the interview, the Hungarian public service media’s news portal reports.

Balazs Bende, a senior foreign policy journalist of the Hungarian public media, said after the broadcast of the interview: “let’s put it this way: the BBC was commissioned by the international lobby to put Foreign Minister Peter Szijjarto in a very difficult (…), uncomfortable position.”

The half-hour conversation caused a huge media stir in Hungary, with the overall impression being that the Hungarian FM not only stood his ground responding to the questions designed to squeeze him into a corner but also “lashed out at” the BBC and “put up a good fight.”

Balazs Bende says “the BBC felt it would have been embarrassing to let Hungary show it to everyone. We have the feeling that this is why the BBC, after a week of deliberation, head-scratching and exchanging messages replied that they did not have the means to distribute this particular episode internationally at the moment. So we won’t get it.” Mr Bende added that the refusal is completely unusual for the British broadcaster as the exchange of news and news programmes is standard practice; the Hungarian public media pays for them.

The journalist sees a tendency in the Western press’s refusal to pass on footage which has become sensitive to society, such as migration or LGBTQ issues, especially when in Hungary they could be used to show that the West is having problems with those issues.

Last week, the Swedish public television denied the Hungarian public media the right to broadcast recordings of a case of two children who were shot and killed on a playground near Stockholm.