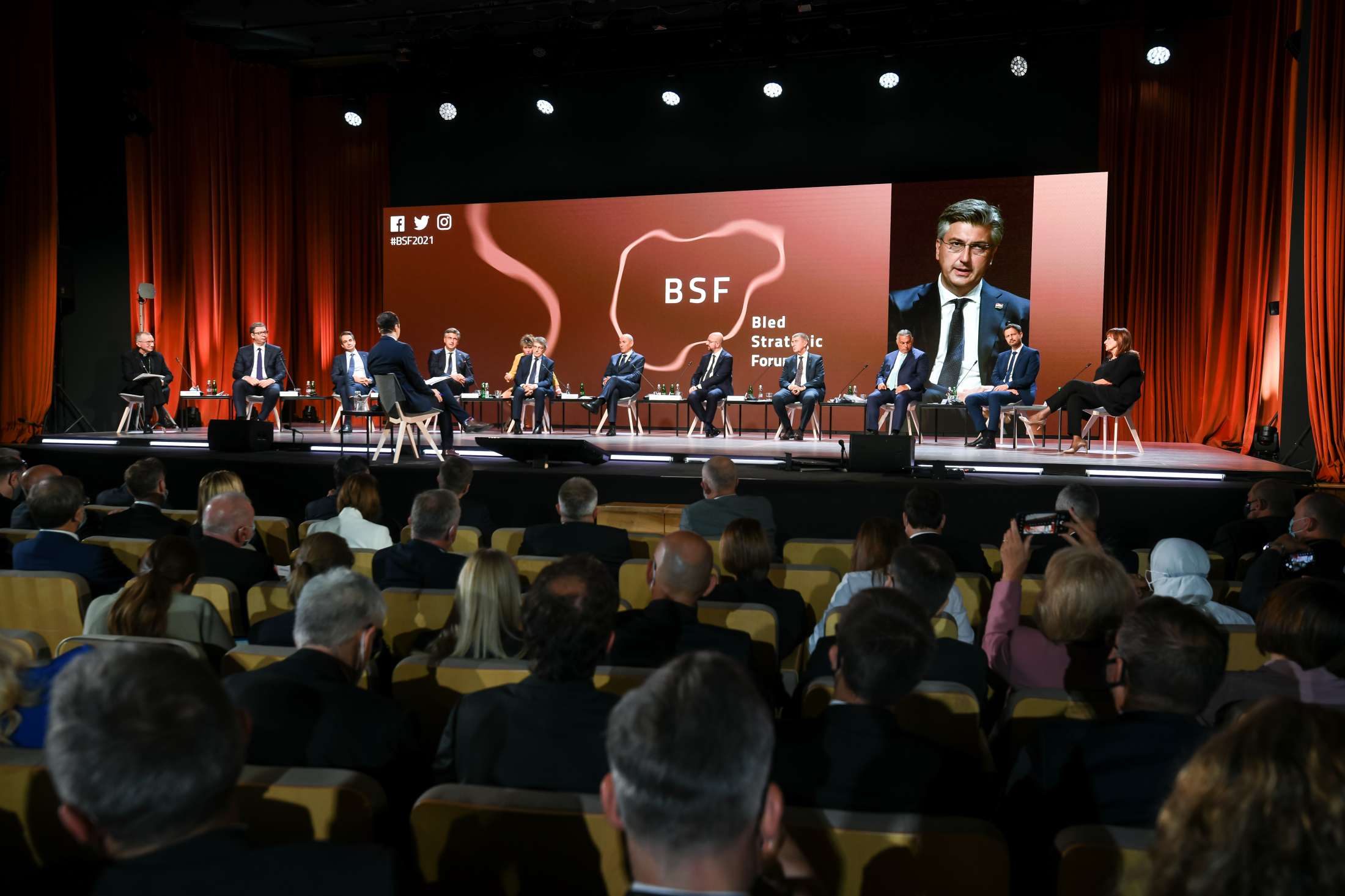 The European Union must return to its roots, the principles laid down by the founding fathers, because that is the only way to ensure unity while preserving diversity, Slovenian Prime Minister Janez Jansa stressed in his opening speech at the Bled Strategy Forum on Wednesday.

“In my opinion, the foundations of Europe must be built on rock, on the solid foundations laid by the founding fathers. Any attempt to build Europe’s foundations on sand has failed and will fail, ” Mr Jansa said.

“My vision of Europe is the same as it was the vision of the founding fathers, so Europe whole, free and in peace with itself and with the neighbourhood and this is not possible to reach without the enlargement.”
– H.E. Mr @JJansaSDS, Prime Minister of Slovenia pic.twitter.com/1ElLA1YcLX

Slovenia’ prime minister said that directives must be uniform when it comes to strategic decisions, “everything else is about freedom.”

Premier Jansa maintains that the founding fathers expressed four main mechanisms: consensus, mutual respect, subsidiarity, and solidarity. He added that Europe had at times moved away from these principles or had even gone against them, but it would be wise to continue to pay attention to them.

“How we interpret and implement these values ​​is a defining issue of our time,” he noted.

Charles Michel, President of the European Council, emphasized in his speech that the EU must take steps to be better prepared for civilian and military evacuations in situations such as those that transpired in Afghanistan in recent weeks. Western nations were working hard to evacuate their citizens from Kabul after the Taliban took power, where operation of the airport depended on US military personnel, he pointed out.

“In my opinion, we do not need more such geopolitical events to understand that the EU must strive for greater decision-making autonomy and greater capacity to act in the world,” Michel stressed.

Our European Union is dynamic. Growing from 6 Member States to 27 made our Union better.

A Union of ideas, of solidarity, of innovation, of diversity.

Together with the Western Balkans we can dream and build our European future for a better world.#BSF2021 @BledStratForum pic.twitter.com/kaBJ8aR9TW

Regarding EU enlargement, he stated that the future of Europe is inconceivable without the Western Balkans, and that the accession of the countries there is important for both parties. With each enlargement, the union was enriched, he pointed out.

In Mr Michel’s view, one of the main aims of the Conference on the Future of Europe is to extend the involvement of citizens. The future is about common values and solidarity between free states. The concrete steps are based on the dual pursuit of climate protection and digitalisation, he stressed.