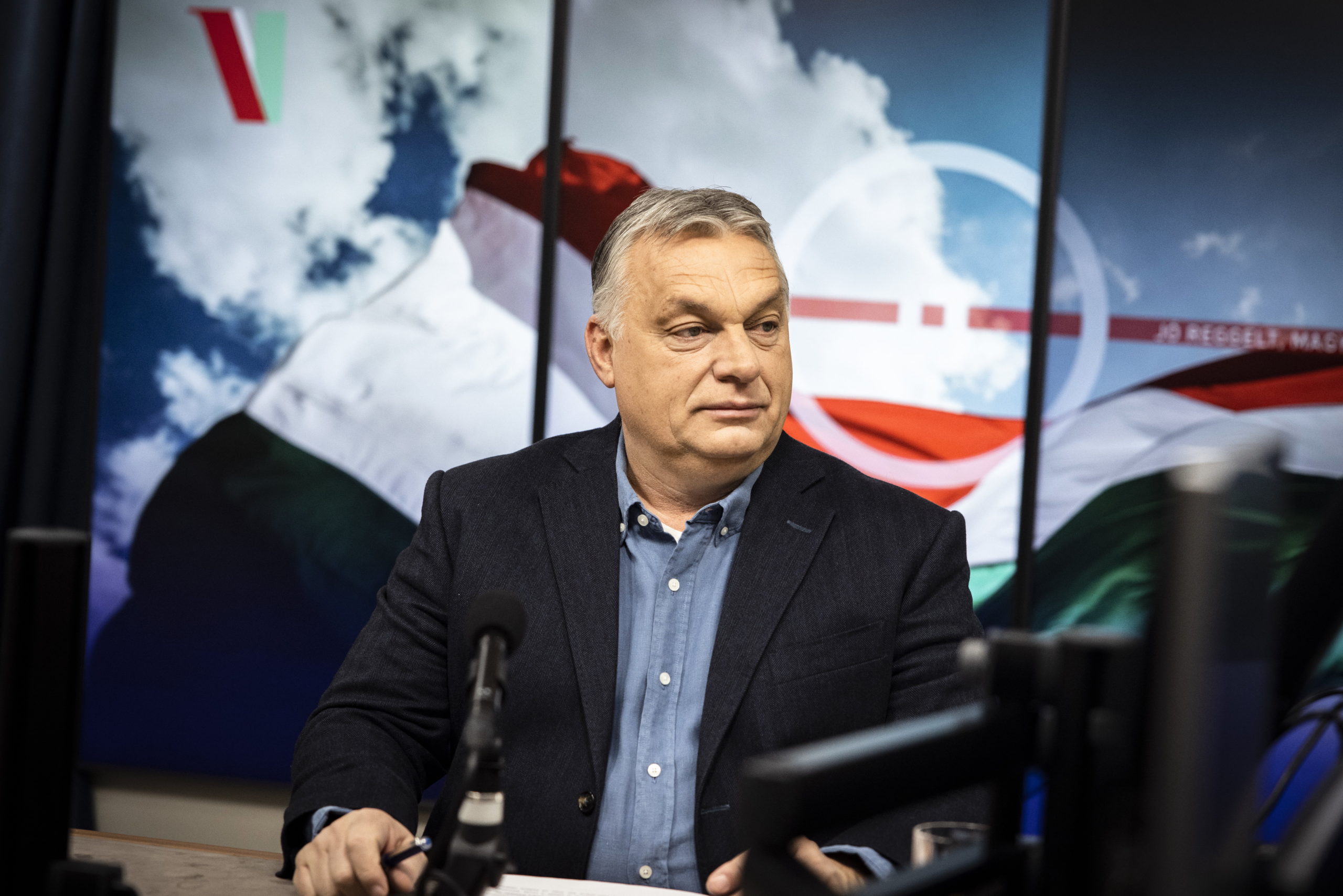 PM Orban: The Left is on the side of war

What we are seeing is the beginning of the crisis caused by the war between Russia and Ukraine. Among the refugees coming into Hungary are ethnic Hungarians from Transcarpathia, Ukrainians and citizens of third countries, Prime Minister Viktor Orban said in his usual Friday interview on Hungarian public radio (MR1). The premier notes it is important for Hungary to prepare for an expansion of the war within neighbouring Ukraine.

Regarding the refugees arriving in Hungary, PM Orban said it is too early to talk about statistics, but typically many refugees – mainly non-Ukrainian or non-Hungarian nationals – go on to other countries, but many others stay in Hungary. Those who come from third countries typically go back to their home countries, for which they receive help from the Hungarian government, he emphasized. The country is a safe haven for refugees, he said.

He emphasized that the Transcarpathian region, the part of Ukraine neighbouring Hungary, is currently not a war zone, which is extremely fortunate because otherwise the number of people arriving from there would suddenly multiply. The Hungarian government has national security and humanitarian responsibilities, “it has to manage the future of the arriving refugees,” Viktor Orban said. Hungary will cover the expenses of refugees for three months – as it does for unemployed people in Hungary – but after that they have to take part in society. Hungary will provide all assistance necessary for newcomers to gain employment in the country, the premier stated.

The prime minister thanked Hungarians and religious organisations for their work in helping the refugees.

In the war situation, Brussels speaks and nation states are the ones to act, he said. “We have an interest in peace,” he stated, adding that after the Ukrainians, the war could cause the greatest damage to Hungarians.

The Hungarian premier said that he had always urged for a peaceful settlement of the Ukrainian-Russian conflict. We tried everything, but we could only do so much, Viktor Orban said, adding that the V4 countries should establish a common refugee system be which would be “more efficient than waiting for Brussels.”

Speaking about the development of the military, Viktor Orban noted the current re-arming of Germany will reshape Hungary’s future. The missing German military forces have until now been replaced by US units. As far as NATO is concerned, it will protect Hungary if the country is ready to defend itself, and Hungary started preparing for this in time. Of course, he said, it would have been better earlier, but in 2010 “the country was on its knees, we couldn’t solve everything at once.” There were a lot of tasks to be completed before the Hungarian army could be rearmed, so that everyday life would be bearable for the people, everyone would have a job, and be able to move forward. Helping those with loans in foreign currencies, then pensioners and families, creating homes, and cutting utility bills were priorities. Then came the migration crisis, which again took away two years, but as soon as possible, while under a huge crossfire from the Left, Hungary began to develop its armed forces, Mr Orban recalled.

“We are strong enough to guarantee Hungary’s security ourselves and together with our allies, we have solid security,”

the premier said, adding that only one thing can cause problems: “if we lose our common sense and drift into this war, there is no NATO that can protect us.” With a war going on in the neighbouring country, the Hungarians are in a difficult situation politically, and also emotionally as hundreds or thousands of people are dying every day, which is heartbreaking. It is easy to make mistakes in such a turbulent situation, the PM said, adding that the Hungarian Left is on the side of war, even if it does not know it, because what they want – such as sending troops or arms to Ukraine – would drag Hungary into war.

This conflict must be seen through Hungarian, not Western, eyes, and the security of Hungarians is the most important thing, Mr Orban stressed.

Sanctions will come at a price

The decision by Western countries to impose sanctions on Russia comes at a price, which “we will pay in the short term.” We did not want to argue about the sanctions, the premier referred to the Hungarian government’s position, saying that we must work to eliminate the negative effects of sanctions. Mr Orban also named the sudden rise in energy prices as a direct threat, stating that the results of the cuts in utility bills must be protected. The further rise in inflation, 50 per cent of which is due to energy prices, is a problem, the Hungarian PM said, adding that the sooner the war ends, the smaller the damages will be.

The fifth wave is over

On the topic of the coronavirus outbreak, Mr Orban said that from Monday, most of the measures taken to control the epidemic, such as the requirement to wear a mask, will be lifted in Hungary. “We have managed to defeat the fifth wave of coronavirus.” We have to watch out whether there will be a sixth wave, but according to the experts, the situation is encouraging for the time being, Hungary’s premier concluded.