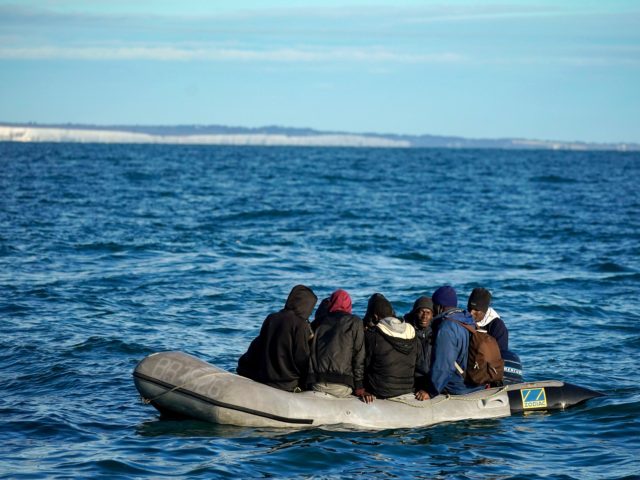 A gang leader gives details of how much he charges migrants to get them from France to England. The video also sheds light on the inertness of the French authorities against people smugglers.

The flood of migrants crossing the Channel between France and Britain is booming, with more illegal crossings this year than ever before, statistics show. More than 30,000 migrants have crossed the Channel since the beginning of the year, which is already more than the total number of crossings recorded last year. Reporters posing as clients managed to get the head of one of the largest trafficking networks to talk, and the Albanian gave a detailed account of his gang’s operations.

From the information provided by the man known as the Golden Lion, transporting migrants on rubber dinghies from France to England is a lucrative business, earning more than a million pounds a week. The smuggler also informed the pseudo-migrants that he charges 4,500 pounds per person for the crossing and that the British authorities will provide them with food, blankets and anything else they need. They will then be taken to a camp and registered. If no warrant has been issued for them, they will be put up in a hotel where they will be free to come and go wherever they want, the promise continues.

The article also reveals that the Place de la Gare, where the train and bus station are located in the city of Dunkirk, in northern France, has become a base for migrants heading to the UK, with the cheap hotels surrounding the square full of migrants waiting for a boat. Taxi drivers in the area have also got into the migrant business, taking anyone to an illegal tent camp for 30 euros.

The smuggler also told the reporters posing as customers about the financial details of the deal. Cash for the trips has to be paid to his associate in London, rather than handed over in France, he explained. The Albanian man has many clients, which is clearly shown by the fact that after a few minutes with the reporters, he had to move on to speak to some of his other customers who were sitting at the adjoining table in the cafe. The gang has so many clients that currently 600 people are on a waiting list for places on small boats.

Daily Mail also wrote that hours after the meeting, the smuggler was taken away by police in a round-up of all the Albanians in the cafe at Dunkirk at the time. But the following morning the “Golden Lion” was back out and operating again. “They can’t do anything because I have the documents to stay here,” he said in a WhatsApp message. As they are from an EU applicant state, Albanians are free to enter France and stay for 90 days without a visa.

The Albanian mafioso’s group, however, is just one of a string of highly organised trafficking rings. Gang warfare – with frequent gunfights – is rife between rival traffickers who act like mafia bosses battling for control of illegal camps and launching sites on beaches.

British authorities and politicians are well aware of the flourishing people smuggling trade between France and the UK. Tom Hunt, Tory MP for Ipswich, said the paper’s “disturbing” investigation showed that people smuggling businesses needed to be “crushed.” He added, “It’s very worrying, but we know it’s taking place and there is an industry behind it. We need to make the route unviable and destroy their business model. They are making a lot of money, so we need to create a deterrent.”