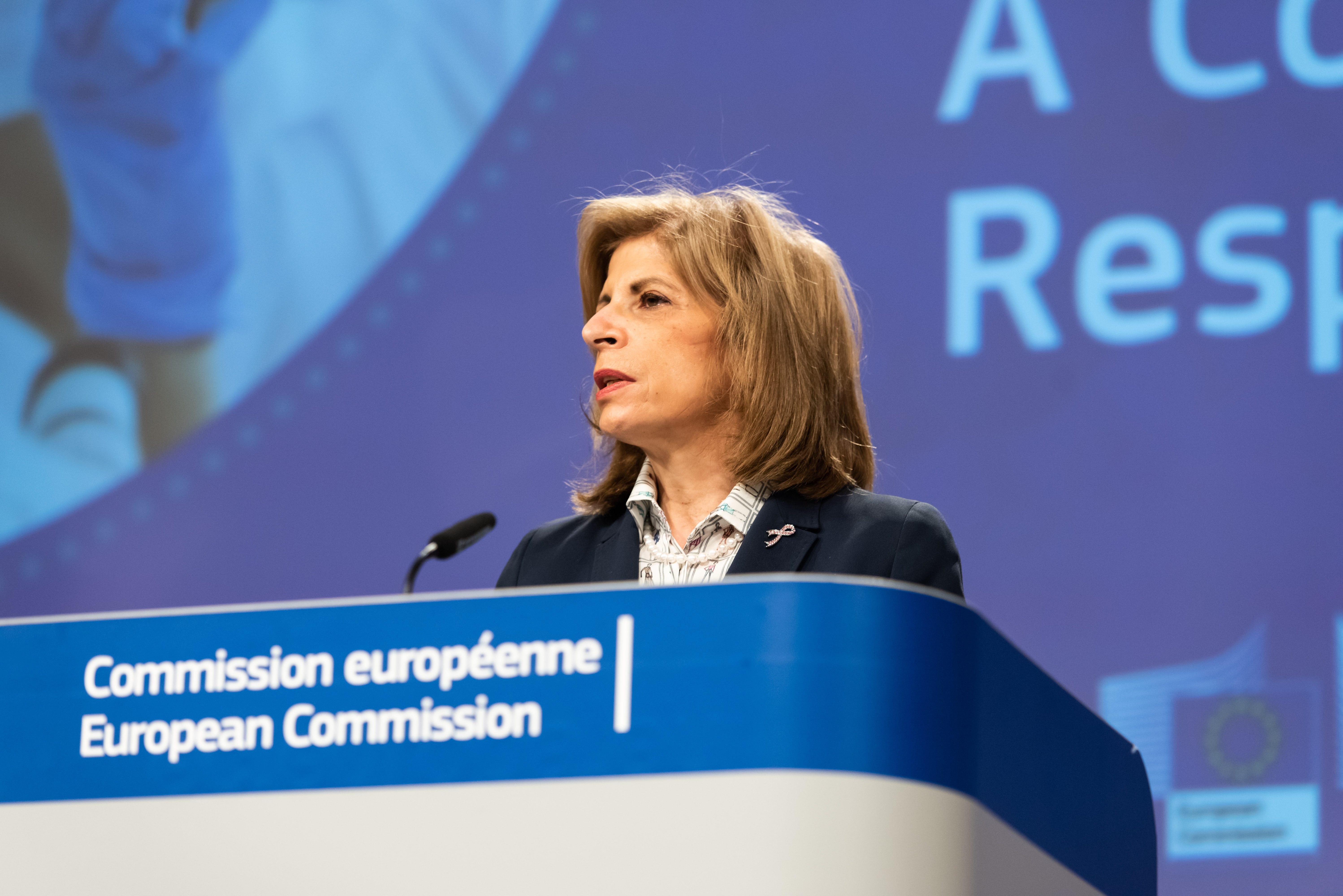 Feketen Feheren (Black and White) Blog has published a new video, stating that 4 million euros have landed on the the EU Health Commissioner s family account. The politician has tried to explain herself in all possible ways.

One of the biggest corruption scandals in the history of the  EU is unfolding, Miklos Omolnar said in his video blog. The case focuses on Health Commissioner Stella Kyriakides, who signed the EU s flawed and belated vaccine procurement contracts, according to the journalist.

According to Mr Omolnar, 4 million euros appeared in the Health Commissioner s bank account that she holds jointly with her husband. Media outlets in Cyprus have already floated the idea of passive bribery. The money landed on the Commissioner s family bank account through the state-owned Cyprus Cooperative Bank and, in order to fend off any scandals, they tried to portray the amount as some type of loan. However, the politician has no financial coverage whatsoever to take out such a huge loan.

Since the transaction came to light, Stella Kyriakides has gone out of her way to give an explanation. She has been trying to put it across that the amount, which certainly looks like corruption money, has nothing to do with the EU s vaccine agreements. She is trying to divert attention from the apparent fact that the bribe was pooled together by vaccine companies in return for the favourable contracts which allowed them the option of late and uneven delivery.

This is not the politician s first healthcare-related corruption scandal. Years ago, she was involved in a scheme which saw all oncological treatments privatised on Cyprus under the disguise of bank operations, then – as usual – they hiked up the prices of those treatments.

Miklos Omolnar recalled that when the situation became intolerable, the matter came before the Cypriot parliament. All MPs voted to nationalise cancer treatments, reducing their cost, except for one MP, the EU s current Health Commissioner and signatory to the vaccine contracts that have come under fire from all sides.

Earlier, V4NA inquired whether the health commissioner had signed a worse contract than the UK on purpose or out of sheer ignorance. In its reply, the European Commission did not deny that the EU had a less favourable contract than the Britain, nor did the refute that the contract contained no guarantees and assurances on accurate delivery. We also asked Stella Kyriakides if she had entered into an adverse contract intentionally or out of foolishness.