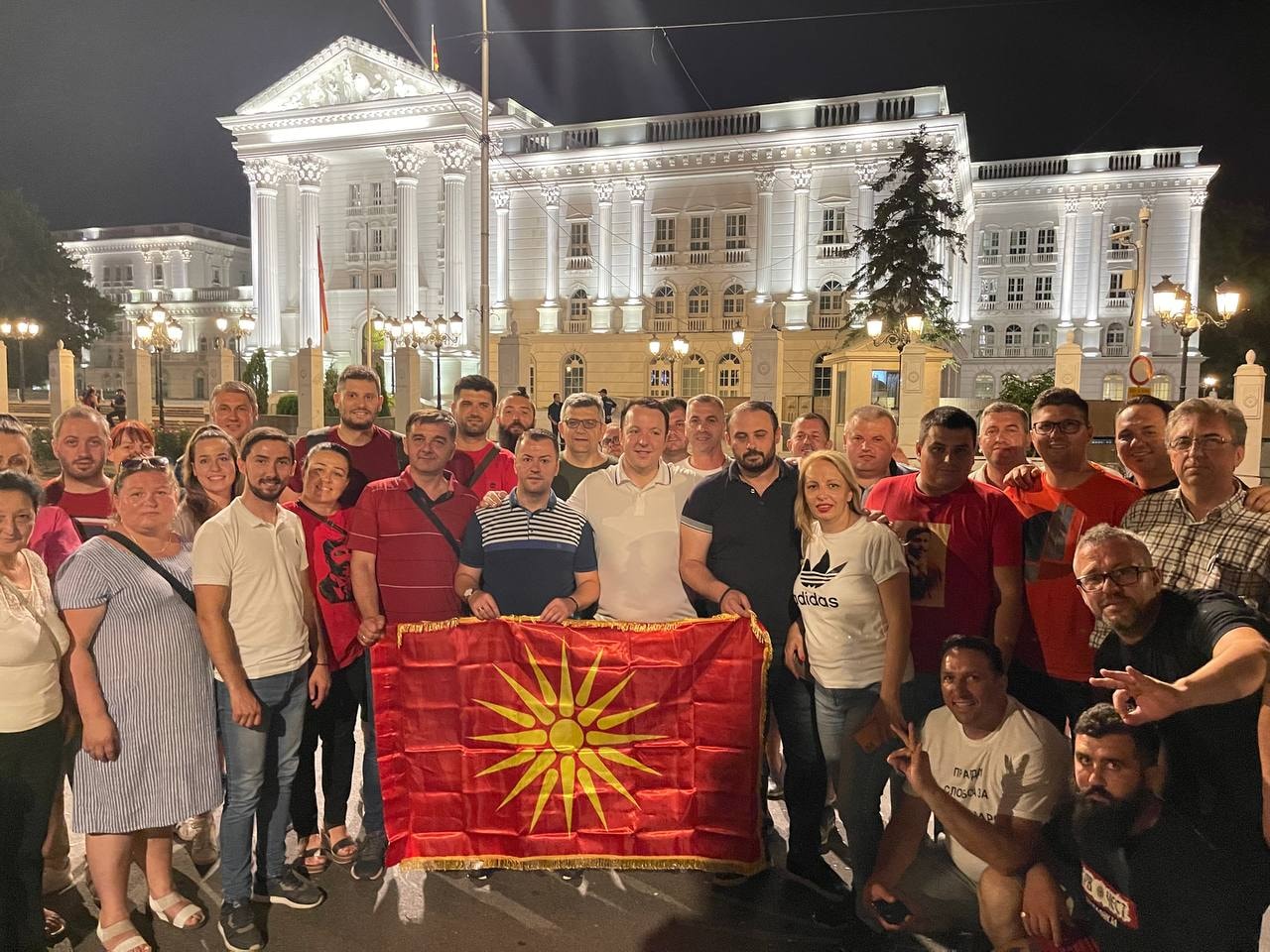 The North Macedonian opposition finds the French proposal to settle the dispute with the Bulgarians unacceptable. According to the politician speaking to V4NA, implementing it would threaten the national identity of the Macedonian people. Aleksandar Nikoloski added that it would be better if the EU simply admitted that it has problems with integration, instead of continuing with its current ambiguous policy.

French proposal is the realization of Bulgarian imperialist aspirations

The proposal put forward by the French is extremely detrimental for North Macedonia, as it directly threatens the identity, history, culture, national heroes and national pride of the Balkan people, Aleksandar Nikoloski stated in an exclusive interview with V4NA. According to the vice president of the right-wing VMRO-DPMNE, the whole proposal is actually the implementation of Bulgaria’s imperialist foreign policy. These aspirations of Sofia have been going on for 150 years, since they established their independent state in the 19th century, noted the Macedonian opposition politician. 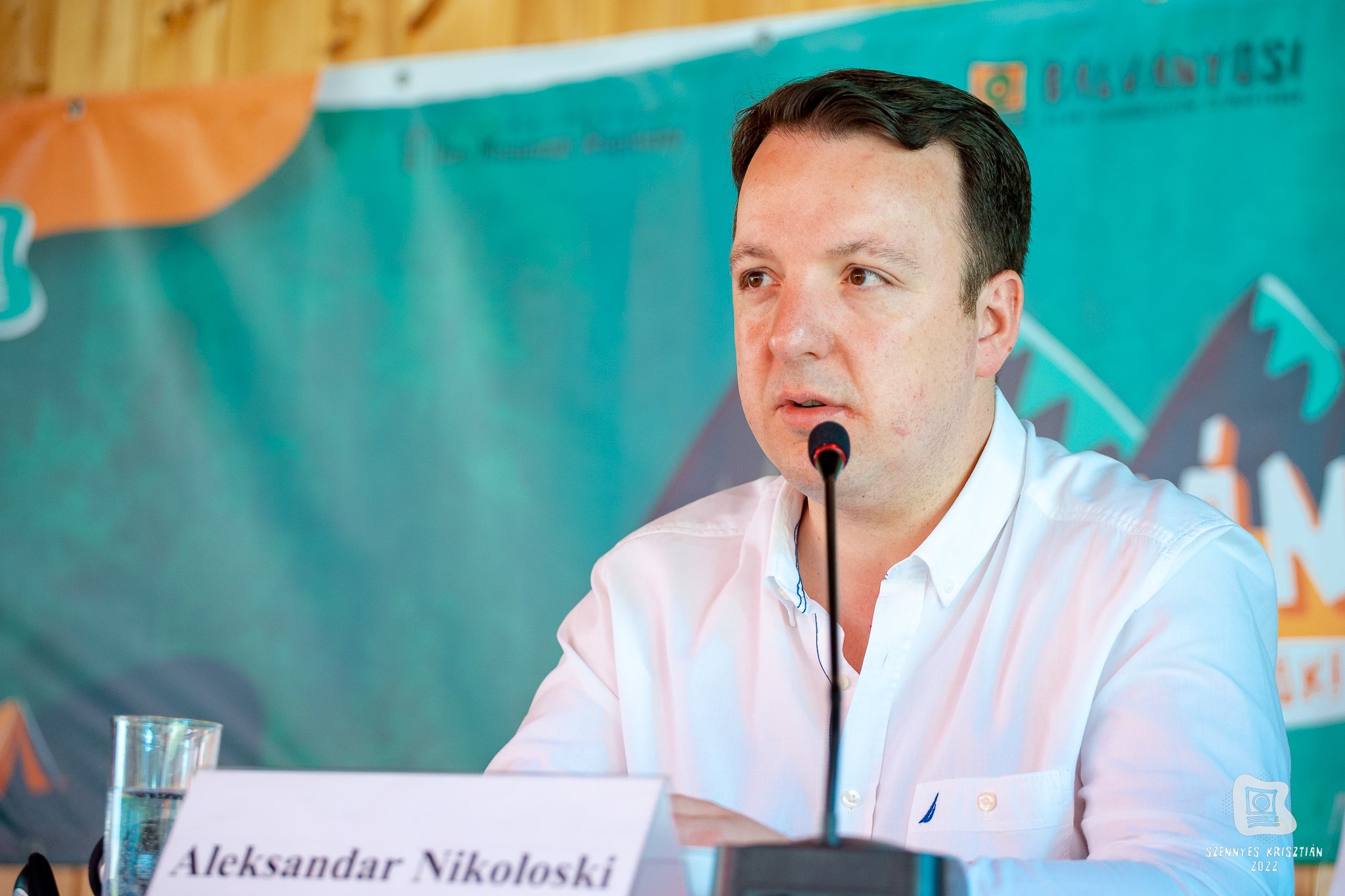 “I simply cannot believe that Macedonia has found itself in such a situation. It is the government’s fault that such a proposal could land on the table at all. To our greatest regret, the cabinet accepted it, which has created conditions that are disastrous for the country,”

he said in the interview.

The opposition party is otherwise in full support of Macedonia becoming a full member of the European Union. VMRO-DPMNE was in power when the country’s government signed the Stabilization and Association Agreement with the EU back in 2000.

“We signed the agreement together with Croatia, when Romania and Bulgaria were not yet bloc members. Then came this absurd country name dispute with Greece, followed by [the demands of] the Bulgarians. We have been waiting to join for 22 years, but formally for 17 years as we officially became EU candidates in 2005. At that time, Romania and Bulgaria were still not in the European Union,”

North Macedonia and Albania were given the green light to start their accession talks with the EU a week ago by holding the first intergovernmental conference in Brussels.

The fact that his country had to wait 17 years to even begin the formal accession talks clearly shows Brussels’s attitude to the entire region, Mr Nikoloski opines, adding the best example of this kind of behaviour is the way in which they have been treating Macedonia. The opposition politician emphasized that, despite this, his country and its people must maintain their pride, which he considers key.

“Being in the European Union will mean economic benefits and development, but at the same time it is important to preserve our identity and what makes us different from other peoples. Macedonians must remain Macedonians within the EU,” he emphasized.

In recent weeks, there have been mass demonstrations in Skopje. At the rallying cry of the opposition, tens of thousands gathered to express their opinion that President Macron’s proposal for Macedonia to settle its dispute with Bulgaria is unacceptable. V4NA has previously reported on the French proposal. 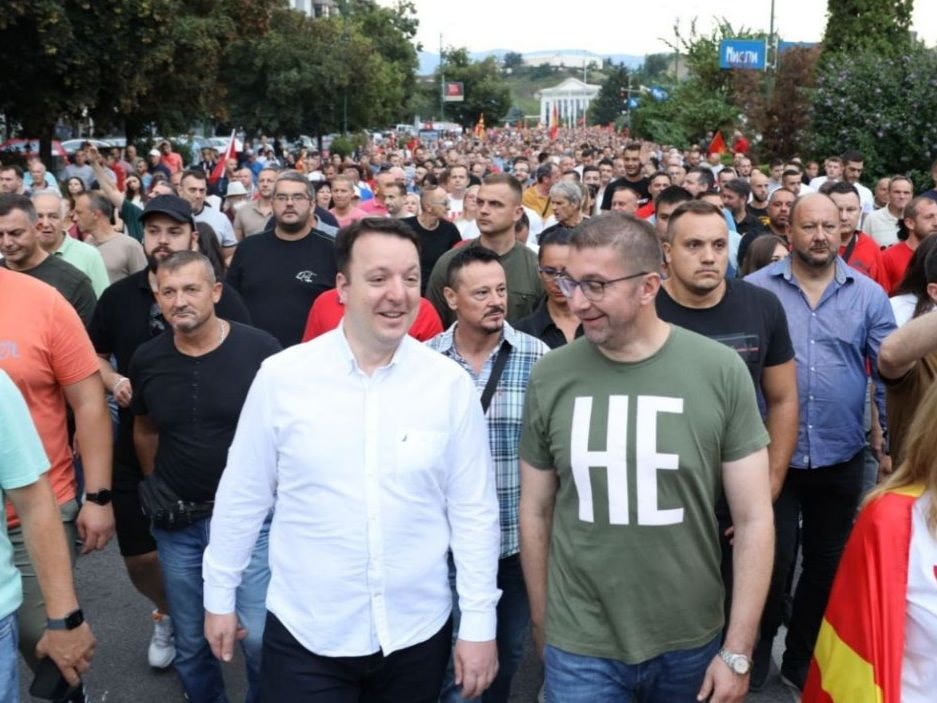 The protestors and the police have clashed several times. Although the street demonstrations have ended, the opposition party now wants to ensure the failure of the referendum needed to amend the constitution.

“A key factor is that, according to the proposal, the constitution must be changed to protect the minority rights of Bulgarians in Macedonia. Our party does not support this as it stands, and without us, the constitution cannot be amended in the parliament. They will not have the necessary two-thirds vote,”

Preparations for the referendum will begin immediately after the summer break. He expressed his conviction that if society as a whole rejects this proposal, then the European Union must develop a new one. According to the vice president of VMRO-DPMNE, it is clear from the demonstrations that the majority of the people are against the document, and this will be clear from the results of the referendum and of the parliamentary vote. 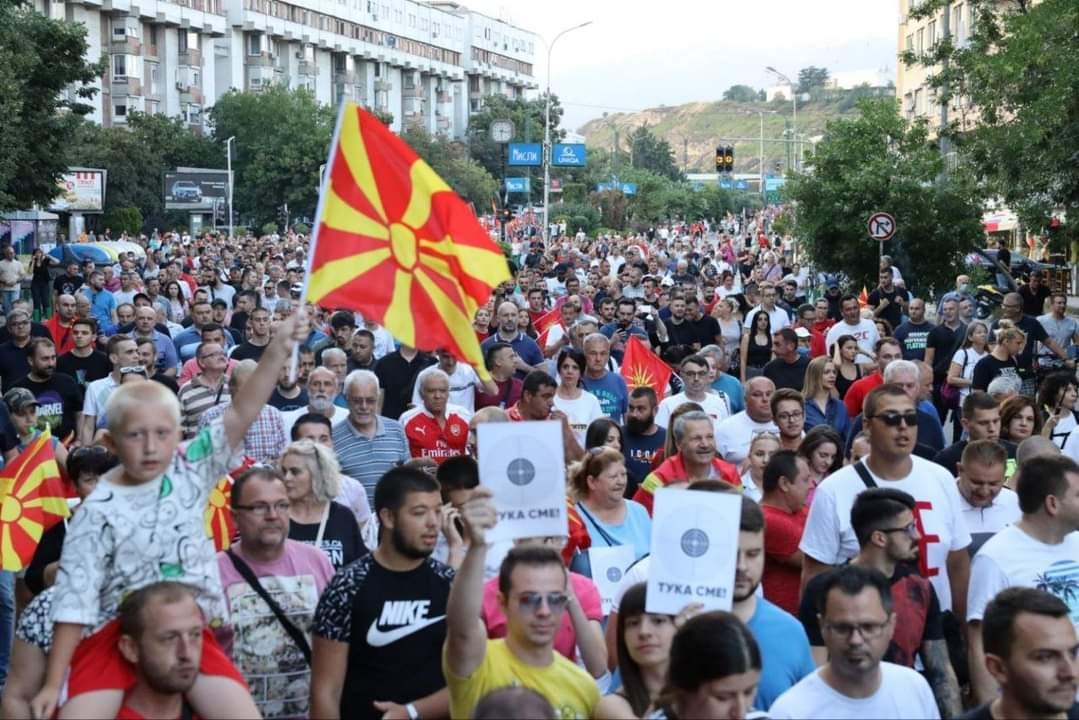 Support for the North Macedonian government has significantly dwindled, and it no longer has legitimacy, the Balkan politician added. This is evident in the crushing defeat the ruling parties suffered in the last municipal election. In light of this and the current situation, Mr Nikoloski is urging early elections in the country. At the polls, voters can express their opinion of the politicians’ work, he underlined.

Brussels’s policy regarding Western Balkans enlargement is duplicitous, and their resolve is insincere. This is how the vice-president of the Macedonian opposition party assessed the European Union’s approach to integration, adding that if they were up front and said they objected to EU enlargement would still be better than creating various conditions which only cause frustration for the people, while the accession process is at a standstill – underlined Aleksandar Nikoloski.

For years, the Bulgarians have vetoed the start of Macedonian and Albanian accession to the EU, saying they are not satisfied with the situation of the Bulgarian minority in North Macedonia. The stalemate has blocked Skopje’s route to the EU.

In exchange for its support, Sofia expects clear guarantees from Skopje to ensure the rights of the Bulgarians living there, and they demand that this be included in the Macedonian constitution, as well. The North Macedonian government plans to amend the constitution, but this would require the backing of two-thirds of the legislature, which, based on parliamentary mathematics, does not exist without the opposition.