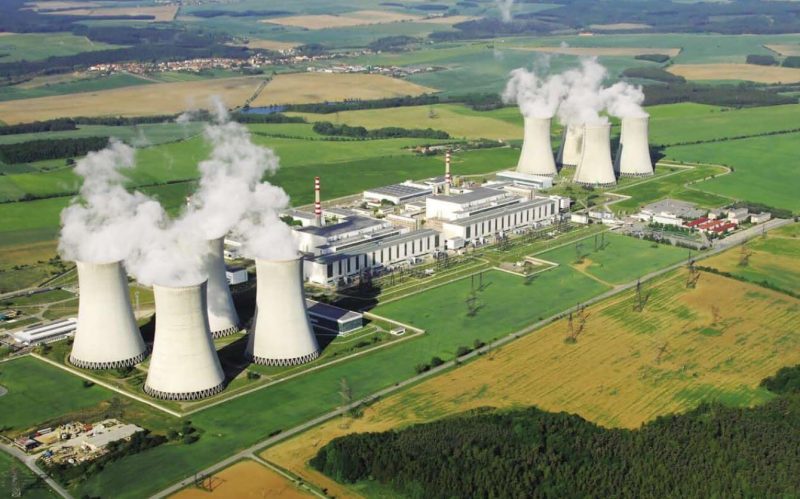 The European Commission has put forward a new proposal for achieving independence from Russian energy. The draft heavily relies on liquefied natural gas and renewable energy, along with some exotic ideas, such as making zero emission a mandatory requirement for all company vehicles. The big question is whether the proposal is rooted in reality and able to solve the EU's energy problems, or whether it's just another example of wishful thinking.

Europe has long been struggling with its energy apetite, as the continent’s energy use is well over the amount that it can produce. So for now, Europe needs energy imports not only for the sake of its own economic development, but also to maintain its day-to-day operation. This hunger for energy had turned into an energy crisis months before the outbreak of the Russia-Ukraine war. The prices of energy sources have skyrocketed to unprecedented highs and member states where end-user prices were not capped by the government saw a surge in household utility costs, writes the Hungarian Mandiner.hu portal in its recent opinion piece.

The main reasons for the crisis in Europe are the lack of investment in new capacity (an infrastructural problem), the rapid recovery of the economy after the coronavirus epidemic (a demand problem) and the forcing of a systemically ill-considered green policy by Brussels (a production problem).

The author also adds that the global energy crisis was intensified by the war from a supply aspect, and again shed a light on Europe’s energy dependency and supply security problems. It has become clear that steps must be made to strengthen the continent’s energy security and to manage the skyrocketing energy prices. These are the factors that have motivated the Commission’s “REPowerEU” package of measures, in which Brussels has outlined the steps it deemed necessary to phase out energy imports from Russia and to guarantee the supply security of the continent.

Calculations by Brussels show that with REPowerEU, the European Union may phase out some 155 billion cubic metres of natural gas consumption, equal to the amount imported from Russia in 2021. An earlier version of the document set 2027 as the deadline for phasing out Russian energy imports. The date has since then been replaced with the phrase “as soon as possible.” According to calculations, a two-thirds reduction in the usage of the 155 billion cubic metres may be achievable within one year. It seems that Brussels is mistaken in the primary assumptions of the document. The EU’s real demand for Russian gas practically ranges between 180 and 210 billion cubic metres, depending on the weather and the state of the economy. The level of available alternatives is much lower and the effects of measures on the demand side are much more moderate. The EC’s proposal does not take into account global market realities and the EU’s infrastructural characteristics, whilest shunning other technical, regulatory and construction barriers, the author writes.

The proposal heavily relies on increasing imports of liquefied natural gas (LNG), which, although important for diversifying supplies, will not be able to replace Russian gas in the short term. Another problem with LNG is that the countries of the Central European region in particular are vulnerable to any disruptions. The substitution of Russian gas with LNG imports in the region could be significantly hampered by capacity constraints on supplies and a lack of physical infrastructure. It is not simply that LNG is much more expensive than natural gas, but that even if it were available and economically affordable, it would still be difficult to get the necessary quantities to Central Europe.

The package of proposals also required all member states to fill their gas storage facilities to at least 90 per cent by November each year and to 80 per cent this year, to prepare for winter. Again, this was an unrealistic idea, and it was recently swept off the table, as it would have imposed a very harsh and unequal financial burden on many European countries, including Hungary. The fact of the matter is, Brussels’ plan was not feasible on this issue, either. The mandatory and uniformly prescribed volumes for gas storage would have been disproportionately costly for member states with large storage capacities, such as Hungary, and much less for those with smaller gas storage capacities. It would have been a much more sensible idea from the outset if Brussels had linked this obligation to consumption, rather than storage capacity,

the author writes, adding that perhaps the proposal’s primary objective is to increase the share of renewable energy sources, with ambitious targets. The problem, once again, is the lack of viability. It will cause serious disappointment if the Commission fails to take into account the geography of each country and the realities of Europe’s energy market. While there is an obvious need to increase the share of renewables, it must also be seen that without a technological breakthrough, sole reliance on those is impossible.

We still need other sources of energy, especially nuclear and natural gas, both to ensure a secure and stable energy supply and to regulate production fluctuations due to the weather’s variability. Lack of sunshine may last for days, or even weeks, and life cannot stop, electricity is still needed just as much, if not more. Therefore, supporting only renewable energy sources is a strategic mistake for the EU. From the perspective of climate neutrality, nuclear energy is also “clean,” and it is essential to guarantee energy security,

the author opines, noting that Hungary has also taken significant steps to diversify its energy supply. The V4 country has completed bi-directional gas pipelines to all neighbouring countries except Slovenia, as well as the Serbian-Hungarian interconnector to access gas networks in South-Eastern Europe. At regional level, switching on the LNG terminal on the island of Krk has been a major development. While the diversification of energy supply is key to a secure and steady supply, it must also be recognised that the complete phasing out of Russian energy sources does not seem realistic in the short term, the author stresses.

The few voices of reason among Europe’s leading politicians are a cause for cautious optimism, according to the author. Recently for instance, Bavaria’s Minister-President Markus Soder said that a forced reduction in energy consumption would not provide a long-term solution to the current problems of the federal state. Another German politician, Deputy Minister Hubert Aiwanger pointed out that a gas and oil embargo would be extremely damaging to the economy and would lead to huge price hikes.

Hungary’s position has been firm from the outset: energy is not a political issue, but a matter of security of supply and economic security. Energy supply must be diversified, the share of renewable energy sources must be increased, but these should not be done irrationally, damaging our own economy,