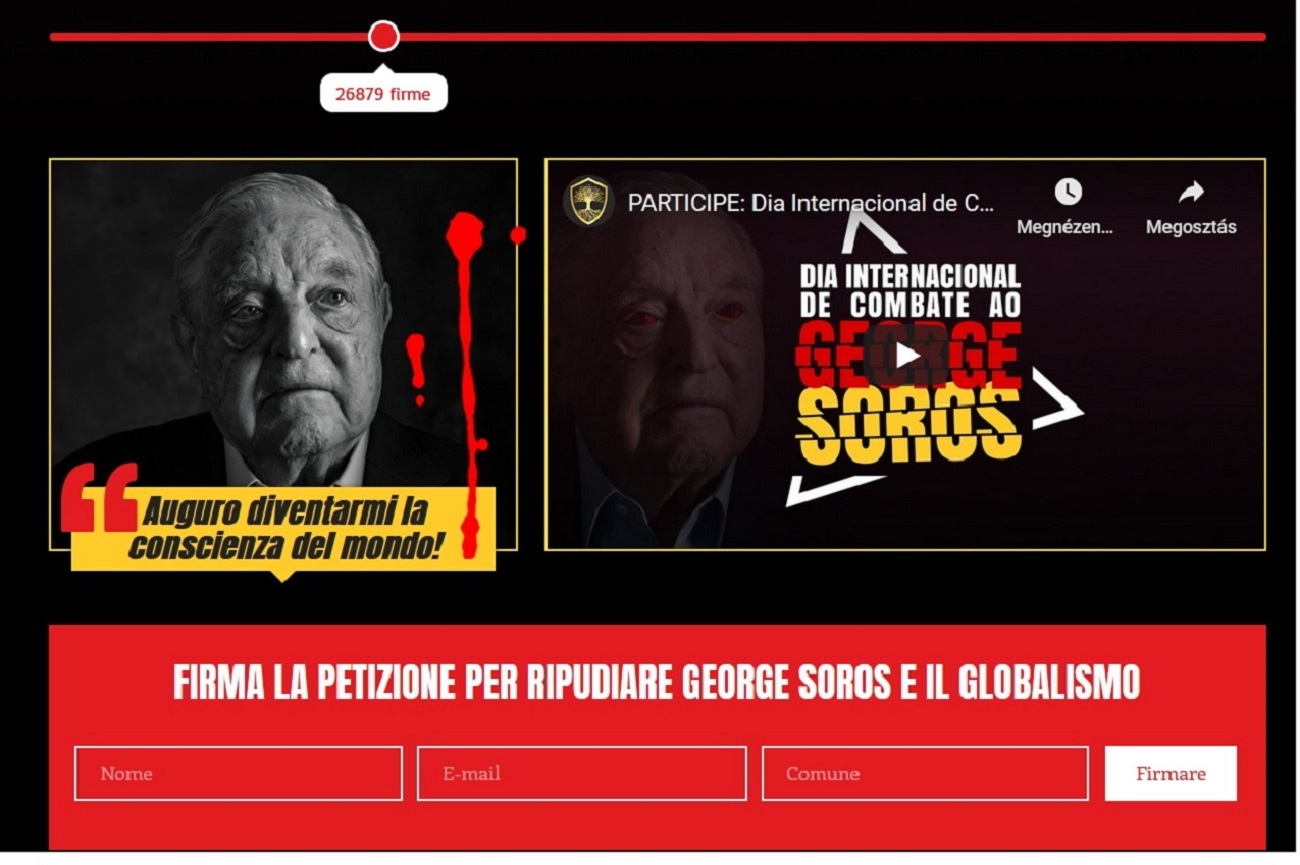 Over 25,000 signatures have been collected by the Brazilian Conservative Movement (MBC) to stop George Soros and the operation of the Open Society Foundations he is funding. MBC says Soros is the biggest supporter of abortion clinics, seeking to destroy Judeo-Christian culture through internet censorship.

In Brazil, a conservative movement has launched an internet petition against the influence of billionaire George Soros and the network he leads. The Brazilian Conservative Movement (MBC) will hand over the 25,000 signatures collected so far to the Brazilian National Assembly on 13 August. Their goal is for the National Assembly to curb the activities of the founder of the Open Society Foundations (OSF), “one of the largest funders of abortion clinics,” and to declare 12 August as International Day against George Soros, the Italian website Il Giornale reported.

The Conservative organisation has numerous objections to the American billionaire. In addition to being regarded as the Democratic Party s biggest supporter in the United States, Soros and his foundations are said to be “responsible for overthrowing governments and destabilising nations.” MBC claims Soros funds movements such as the Black Lives Matter, through which he enhances racial divisions. According to an analysis by the Washington Times, the Open Society Foundations provided at least 33 million dollars to the movement last year through various organisations.

HUMMM THE ONLY THING BLM IS CONCERNED WITH IS THEIR OWN LEFTIST POLITICAL AGENDA, ACCORDING TO THEIR FINANCIER GEORGE SOROS, NOT BLACK LIVES, AT ALL.

The organisation believes Soros s ultimate goal is to destroy Judeo-Christian culture and legalise abortion through censorship of the Internet. With the title “Don t let George Soros think for you!” the organisation launched a poster campaign in the country s administrative capital, Brasilia.