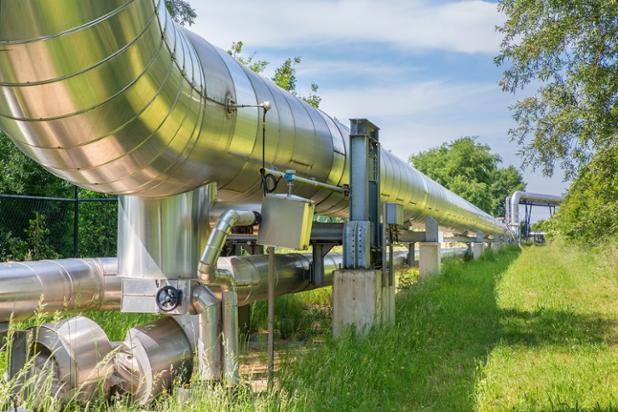 The decision two decades ago to phase out nuclear power has resulted in Germany now being more dependent on Russian gas than most of its neighbours. This is the case not only for heating but also for electricity production. According to a senior policy expert in the European Council on Foreign Relations think tank, if Germany continues on this path, it will inevitably become completely vulnerable. Despite forecasts, the German government is not altering its stance.

The European Commission unveiled a draft of the so-called “green label” for nuclear and gas-fired power plants earlier this year. The proposal aims to make truly climate-friendly projects more attractive to private capital. According to the proposal, nuclear power plants or gas-fired power plants would also be considered sustainable if they met certain criteria and would thereby be eligible for EU “green funding” in their construction. The goal is to significantly reduce greenhouse gas emissions. The plans, which are still in the consultation phase, have led to a fierce debate among some EU member states. Austria, Belgium, Luxembourg, Portugal, Denmark and Sweden have sided with Germany in opposing nuclear energy, whereas France (the largest producer of nuclear energy in the EU), Poland, Bulgaria, Romania and Hungary have expressed their support for nuclear power.

According to countries in favour of nuclear energy, nuclear power plants are the least polluting facilities in terms of climate protection. In addition, they can produce a calculable amount of energy in the long run, potentially preventing energy prices from spiralling out of control. Supporters say relying on only wind and solar energy is not feasible. Furthermore, France wants to resume construction of nuclear power plants. President Emmanuel Macron believes that if French people want to pay a reasonable price for energy and if the country wants to end its energy dependence on other countries, then France must invest in non-coal-based energy production in the future.

Meanwhile, Germany envisages a future without nuclear power: after the Fukushima accident in 2011, the government decided to phase out nuclear energy. A new phase in this process began when three nuclear power plants were shut down at the beginning of the year, at a time when energy prices in Germany, as in many Western European countries, have risen dramatically. The country has been forced to turn to other sources, since it has almost completely abandoned nuclear power and the stable production of solar and wind energy is impracticable for the time being. This is one of the reasons why Germany is now the world’s biggest purchaser of Russian gas. More than half of its gas imports are from Russia, compared with the EU average of 40 per cent, according to the bloc’s statistical office Eurostat. Gas is used to heat half of the 41.5 million households in the country, and is also of huge importance in the manufacturing sector. Gustav Gressel, Senior Policy Fellow at the European Council on Foreign Relations, commented on how unwise the German government’s decision was, saying Germany is now more reliant on Russian gas than most of its neighbours.

“The decision to phase out nuclear and coal simultaneously has made Germany totally dependent on Russian gas,”

Nevertheless, the German government continues to stand firm in its own point of view and is strongly criticising the European Commission’s proposal. Green Party Robert Habeck, the German Minister for Economy and Climate Protection says the draft is unsatisfactory and does not adequately serve the EU’s climate protection goals.