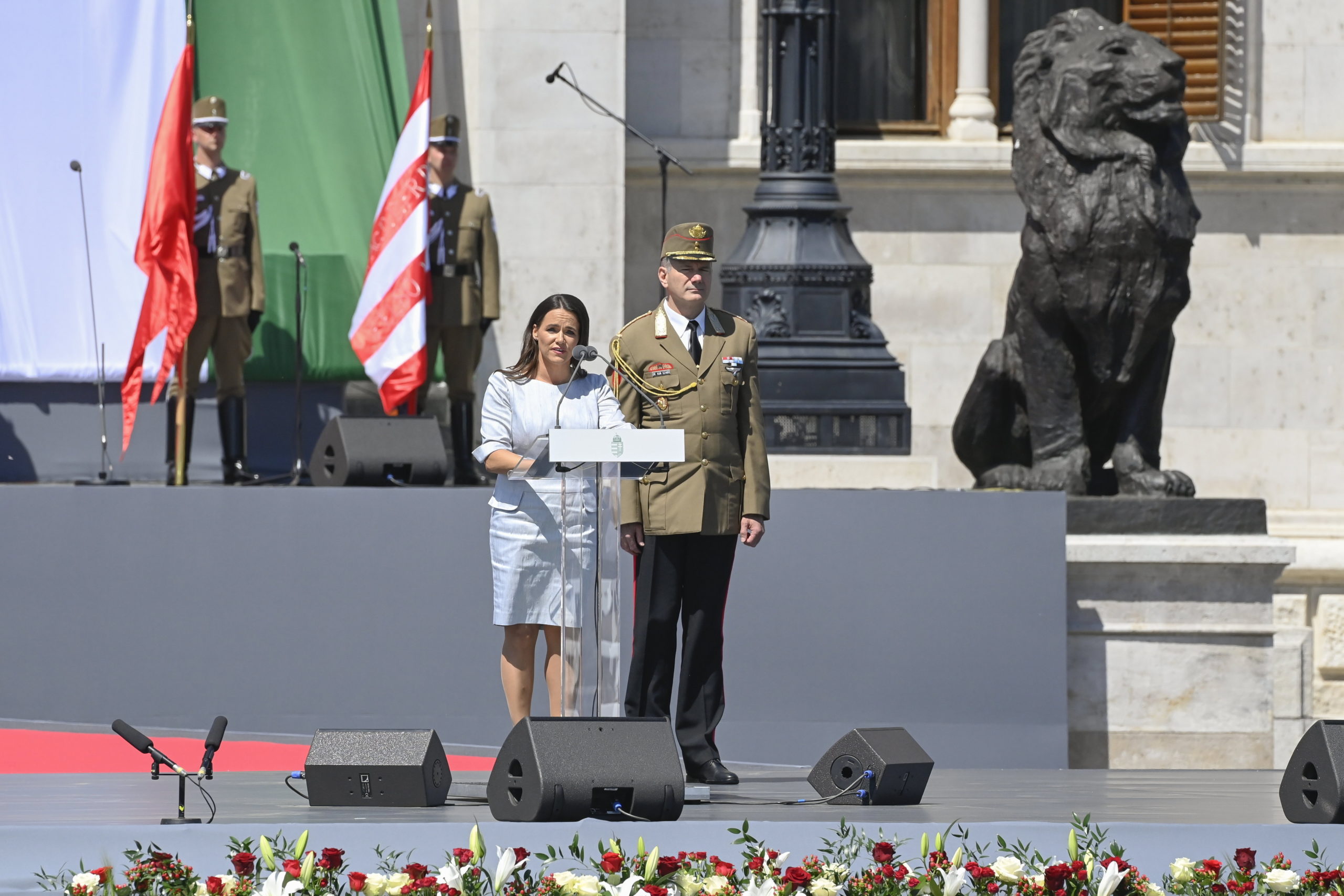 Hungarian president: Let us prosper and live a better and more beautiful life in Hungary

New Hungarian President Katalin Novak was inaugurated on Saturday. Ms Novak stressed in her speech that as president, she would work in the next five years to enable people to "prosper and live a better and more beautiful life in Hungary." She added that she considered it her special responsibility as president to show what her homeland meant to her. She talked about the Russo-Ukrainian war, condemning Putin's aggression.

Katalin Novak is Hungary’s first female president of Hungary and the youngest president of the country since the fall of communism.

She was born in Szeged, in the southern part of the country, in 1977. She has been married to Istvan Veres, an economist, for twenty years. They have three children: Adam, Tamas and Kata.

Ms Novak moved to Budapest during her years as a university student and has been living there ever since, but – as she often emphasizes – her hometown Szeged has always remained important to her. She holds a degree in Law from the Faculty of Law and Political Sciences of the University of Szeged, a master’s degree in International Relations from the Budapest University of Economics and Public Administration, and a master’s degree in Community and French Law from the University of Paris-Nanterre. She speaks four languages on top of Hungarian: English, German, French and Spanish, Origo writes.

Ms Novak served as state secretary for family and youth affairs from 2014, later becoming minister without portfolio for families.

Katalin Novak is credited with the development of the conservative government’s independent Hungarian family policy model; a work she continued as state secretary and later minister for family policy.

After the service, the head of state was inaugurated in a special ceremony.

As president, she will work in the next five years to enable people to prosper and live a better and more beautiful life in Hungary, Katalin Novak said in her inaugural speech.

as president, she will strengthen those values of Hungarians which stem from her personal convictions. These are a value system based on Christianity, the encouragement of passing life to the next generation, the upbringing of children in love, the protection of the family and human life from conception, the respect for each other and the protection of the weak.

She would raise her voice for helping young people to start a family, to combine the responsibilities of a career with those of having children and caring for the elderly, she added. 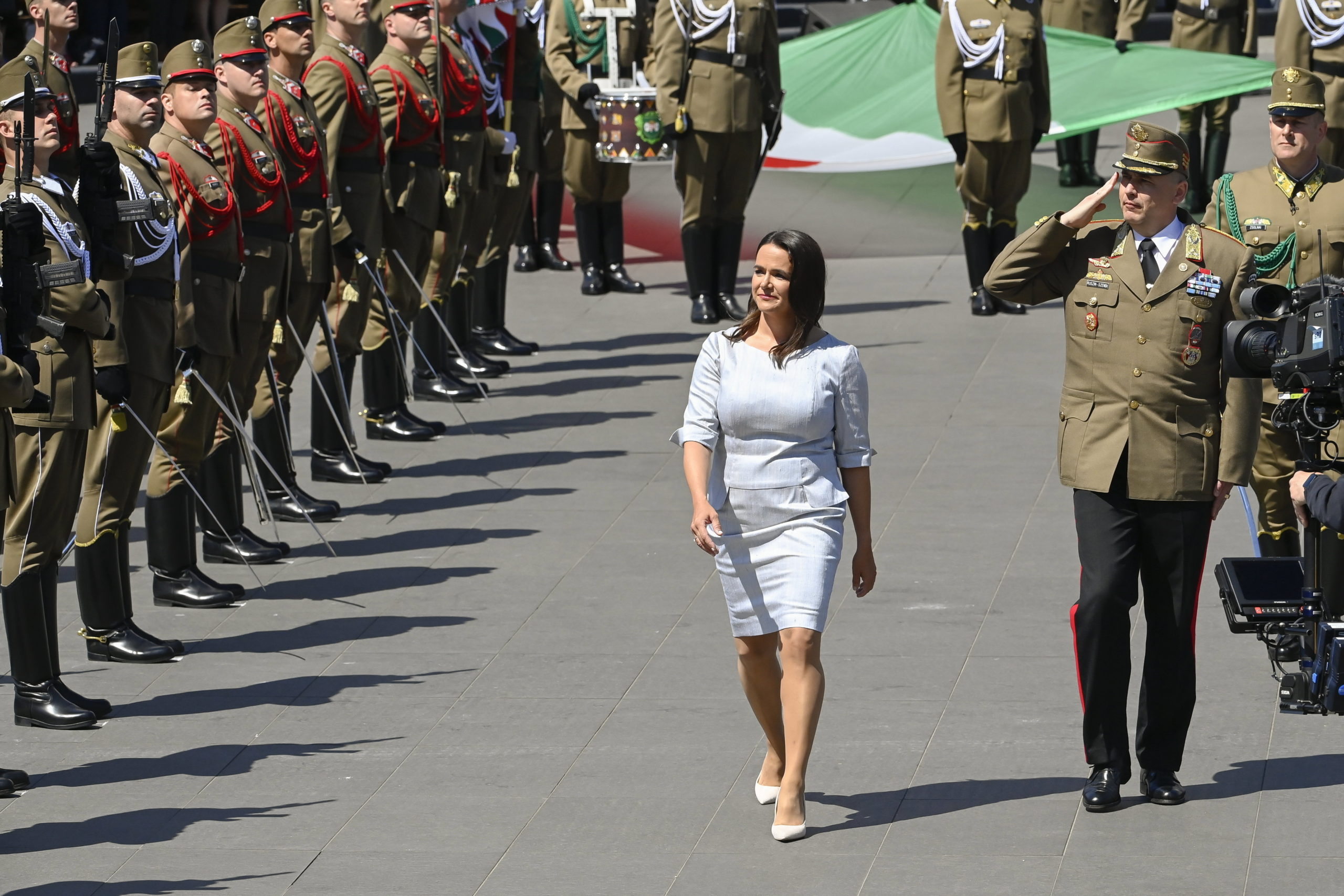 “Let us protect the order of creation and the created world,” she said, emphasizing the importance of giving support to large families, full-time parents, adopters and those caring for their children alone.

Let us work to ensure that there are no financial obstacles to responsible childbearing, the president said.

Ms Novak called it her special responsibility as president to show what Hungary, her homeland, and Hungarians, her compatriots, mean to her, and what she thinks about “our common life and our place in the world.”

She stressed that her actions as president would follow from this personal Hungarian worldview.

She said: “We are together, here in the heart of Europe, in the capital of the country, in the middle of the Carpathian Basin, in the main square of the nation, and

we are also united in our will and desire to create a better, more beautiful, peaceful, prosperous and secure life for Hungarians in the twenty-first century, after decades of moral disintegration in the twentieth century.

In her inaugural speech, President Novak condemned Putin’s aggression and his attack on a sovereign state.

Katalin Novak presented her thoughts on the war in Ukraine in ten points. In addition to condemning Putin’s aggression, she underlined that Hungary says forever no to all efforts to restore the Soviet Union. Hungarians wanted peace, she said, and called for the investigation of war crimes and the punishment of those responsible.

Hungary is not neutral, “we are on the side of the innocent victims and justice,” and Hungary is fulfilling its obligations as a member of the EU and NATO, she underlined.

Hungary does not renounce its sovereignty and supports Ukraine’s accession to the community of European countries, President Novak added.

She said that Hungary was ready to make sacrifices for peace and would not obstruct the sacrifices of its allies, but would also not agree to decisions which require greater sacrifice from Hungarians than the pain they cause the Russian aggressor.

Katalin Novak offered to play a mediating role in the peace talks and also stood up for the interests of the ethnic Hungarian community in Ukraine.