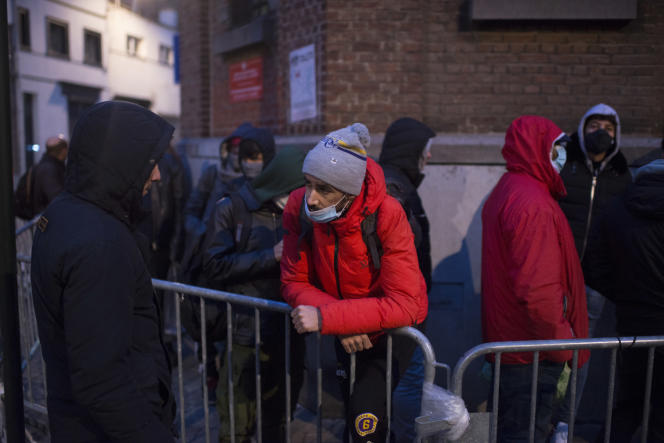 Due to the recent dramatic rise in the number of migrants arriving in the country, reception centres are filled to capacity, despite the fact that nearly 30,000 places are available to asylum seekers. The mayor of the capital intends to accommodate migrants overnight in an old hospital building. The state secretary for asylum and migration said there is a problem with the system, as asylum seekers can easily transit throughout Europe.

Reception centres are filled to the brink in Belgium. Despite the 84 centres nation wide with a total capacity of 29,000, there are not enough places for migrants waiting for their asylum application to be processed.

The sight of migrants sleeping on the streets is becoming increasingly common in Brussels, the French daily Le Monde writes. Thee number of asylum seekers has skyrocketed since the summer of 2021. The paper writes that the overflowing reception centres and the system is unable to keep up with the huge flow of requests. Although there are nearly 30,000 places available for asylum seekers across the country, the system still cannot take in all the migrants. More than a hundred people apply for asylum every day, but only 80 leave the centres after their application has been processed, so the number of individuals staying in the centres is not decreasing, but in fact gradually growing.

Le Monde also writes that migrant support organisations complain that the number of places has dropped in recent years since fewer asylum applications were being submitted after the 2015 Syrian refugee crisis. Le Monde adds, however, that the number of applications has risen from between 1,400 to 1,900 a month to 2,500 since July of last year. The increase is partially attributable to the power grab of the Taliban in Afghanistan, with 25 per cent of asylum seekers in Belgium fleeing that country. The Federal Agency for the Reception of Asylum Seekers (Fedasil) has since created 1,500 new places, Le Monde writes, remarking that the placement of migrants in hotels is opposed by State Secretary for Asylum and Migration Sammy Mahdi, who says it could provoke a backlash. Brussels Mayor Philippe Close, however, announced on Twitter that the city would provide night shelter for immigrants in an old hospital building starting Tuesday.

The article also reveals that the Belgian government and the capital’s administration believe that weakness within in the European Union are also to blame for the situation in the Belgian capital. For example, the Dublin Regulations stipulate that asylum applications must be processed in the member state where migrants first enter. Mr Mahdi’s cabinet says that most asylum seekers arrive in Belgium after transiting through other EU countries. The state secretary believes that if refugees can travel so easily throughout Europe without being fingerprinted, entered into the system or subjected to police checks, something is wrong.

Mr Mahdi also pointed out that while it may seem humane in the short term to welcome people to Brussels on their way to the UK, it actually facilitates illegal migration, which has claimed thousands of lives between Calais and Dover in recent years.