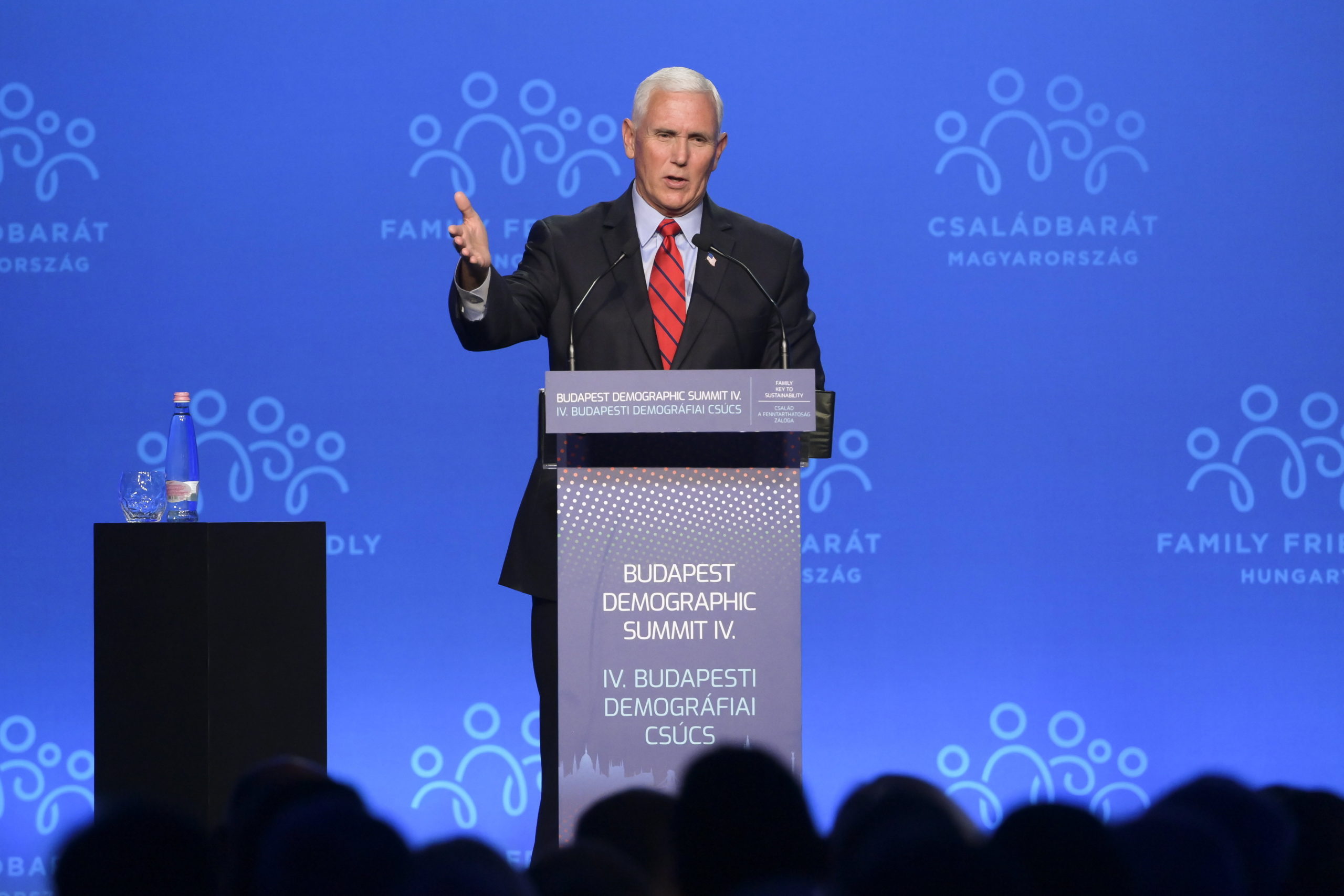 “The world is beset by one crisis after another, and among them is the one that brings us here today, that strikes at the very heart of civilisation itself: the erosion of the family, marked by declining marriage rates, rise in divorce and widespread abortion,” the former US vice president said on Thursday at the 4th Budapest Demographic Summit, where he also spoke about bolstering the role of family around the world.

“The world is beset by one crisis after another, and among them is the one that brings us here today, that strikes at the very heart at civilisation itself: the erosion of the family, marked by declining marriage rates, rise in divorce and widespread abortion,” Mike Pence said.

He pointed out that the consensus among the global elite is that the institution of family is, in many ways, outdated and unnecessary. They say the family has a secondary role to the state in the upbringing of children, but the very fact that the state is trying to supplant parents only proves that primacy in this regard belongs to the family, he explained.

Mr Pence also noted that the nations of Central and Eastern Europe know what it is like to live under oppression, having experienced tyranny when they were behind the Iron Curtain. They are all too aware of what it is like to be victims of unworkable social experimentation and to live in a dysfunctional society with thought police pushing agendas defying the common sense and common values of the people. Hungary and all the nations of the former Soviet bloc have taught the world that if they want freedom, independence and democracy, they must protect their sovereignty and country from oppressors, he said.

“From where I stand, I see the people of Central and Eastern Europe rejecting the modern left’s vision of a post-Christian, post-national, post-family world,” he said, adding that this was the same vision former US President Donald Trump’s administration had embraced “for a world of strong, sovereign, independent nations built on thriving, happy and healthy families. The Trump-Pence administration had similar goals and enacted like-minded policies to Hungary in the US, Mr Pence said, adding that they strengthened families by job creation and tax cuts and raically reduced illegal immigration by defending the borders of the country for open borders are irreconcilable with strengthening families.

“I have long believed that a society can be judged by how it deals with its most vulnerable, with its youth, its aged and its infirm and the unborn,” he said.

In the developed world, including the United States, for fifty years “we denied children the most basic human right, the right to life – not allowing them to be born,” he said. However, the Trump-Pence administration stood up for the sanctity of life and cut funding for abortions. Legalising abortion has contributed significantly to the demographic change visible in the US, he added.

“I’m told that here, in Hungary the number of abortions annually has been reduced by 30 percent in recent years,” Mike Pence said, adding that “Hungary and other countries in the region had shown that the right leadership and the right solutions can reverse demographic decline.”