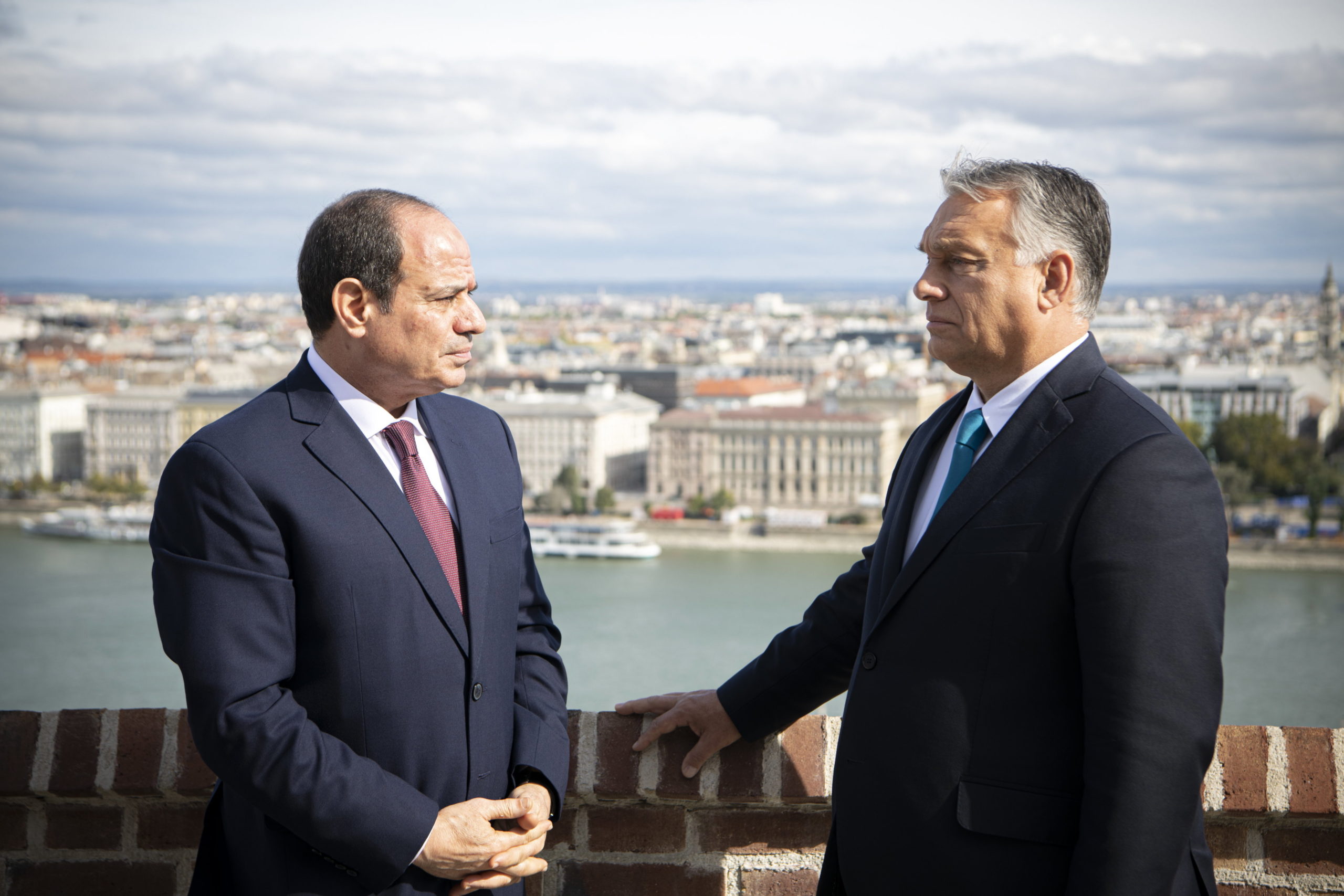 PM Orban: Enabling Egypt to protect its borders vital for Europe and Hungary

Enabling Egypt to protect its land and maritime borders is vital for both Europe and Hungary, Prime Minister Viktor Orban said after a meeting with Egyptian President Abdel Fattah el-Sisi on Wednesday.

Egypt “has not allowed a single ship carrying migrants to leave its shores” since 2016, Mr Orban said, praising the feat as a “huge contribution to our security and to that of the whole of Europe”.

Hungary’s prime minister reaffirmed that in the European Union, Hungary will press for a swift decision on border protection actions to support Egypt in its efforts to contain migration. Egypt should receive financial aid and current restrictions preventing Egypt from purchasing modern military equipment for border protection should be lifted. He emphasized that

Egypt has demonstrated that “if there is a will, both land and maritime borders can be protected,” pointing out that this was an important and valuable lesson for Europe.

He stressed that there are no disputed issues between Hungary and Egypt, and both countries are looking for the possibility of deepening cooperation. PM Orban thanked the Egyptian president for offering actors of Hungary’s economy the opportunity of contributing to the development of Egypt’s economy. 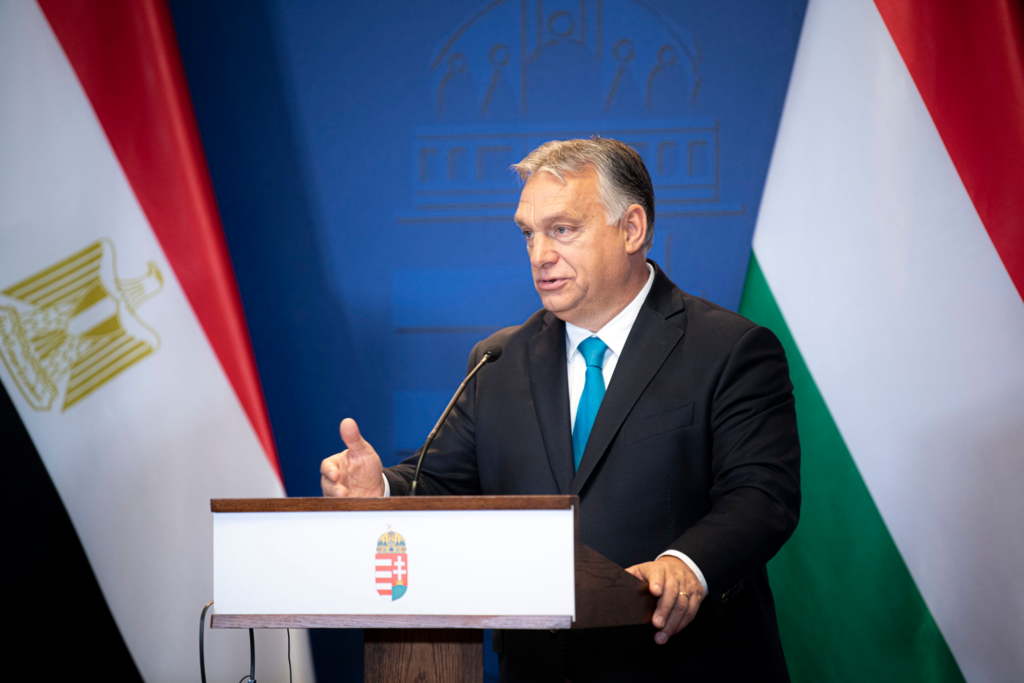 PM Orban explained that Tuesday’s meeting with the Egyptian president was attended by leaders of the Visegrad Group countries, while today’s talks focused on bilateral relations and the parties have concluded several agreements. The basis of Egyptian-Hungarian relations is the development – unprecedented even in international comparison – that Egypt has shown in the last seven years, he said.

He recalled that after 2011, Egypt has witnessed a period of unrest and turned into an area affected by the Arab Spring in general. This implied not only political turmoil, but also a type of disorganisation in the country’s economic life, he said. Mr Orban also recalled that he had first met Abdel Fattah el-Sisi in 2015, who presented his plans for transforming Egypt into a modern economic powerhouse. The plans rested on two pillars: the fortunate location of the country and its population of 100 million people, which makes it really powerful, he said.

“We, Hungarians can also be proud of many things” as “we can show new things, development, full employment, many things,”Mr Orban said, describing all this as development in progress in a country of ten million people. The development unfolding in Egypt, however, is development in a country boasting a population of a hundred million people, he said, adding that the image of Egypt “that we had in our minds” earlier, during the Arab Spring had given way to the conviction that it could be a fantastic partner for Hungary. 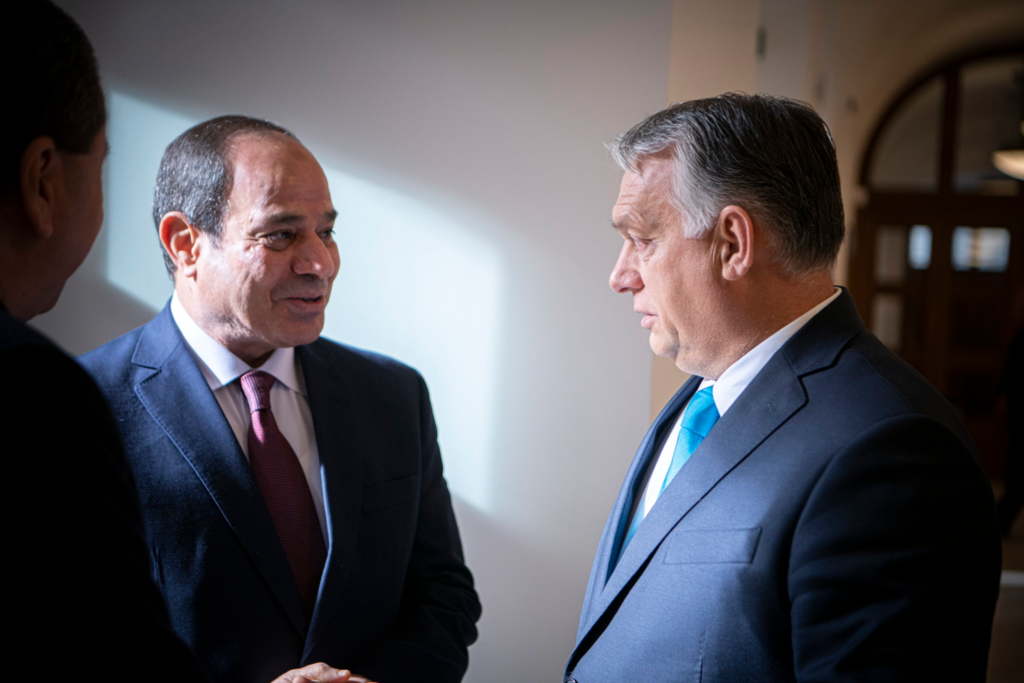 Hungary’s premier congratulated Egypt on its great development and welcomed the fact that the Hungarian economy can also participate in Egypt’s great development projects slated for the next decade. The two leaders agreed that they would appoint personal representatives to make proposals on which projects to implement in which areas. Some areas have already been identified, such as agricultural cooperation, Mr Orban said, adding that Hungary exported more than 7000 cattle this year. Hungarian agriculture has a great reputation in Egypt, and therefore large joint projects are being considered in the areas of livestock breeding as well as cereal and seed production, both at a Hungarian-Egyptian and a V4-Egyptian level, PM Orban said.

Noting that one of Hungary’s biggest industrial projects – to supply rail wagons to Egypt – was already under way, Mr Orban said plans are afoot to relocate maintenance and manufacturing units.

The two leaders also agreed to increase the number of students coming from Egypt to Hungary, Mr Orban added. This year saw 700 young Egyptians apply for Hungarian scholarships, so it was decided that Hungary would now offer 115 scholarships to young Egyptian students, he said.

Mr Orban underlined that the issue of gas resources in the Eastern Mediterranean also requires special attention. Hungary’s decision to have gas supplied to the country from the south, instead of the east, has sparked considerable outrage in recent days, but it is also a big opportunity to integrate Egypt’s future LNG capacity into Europe’s gas supply via Hungary, he said. 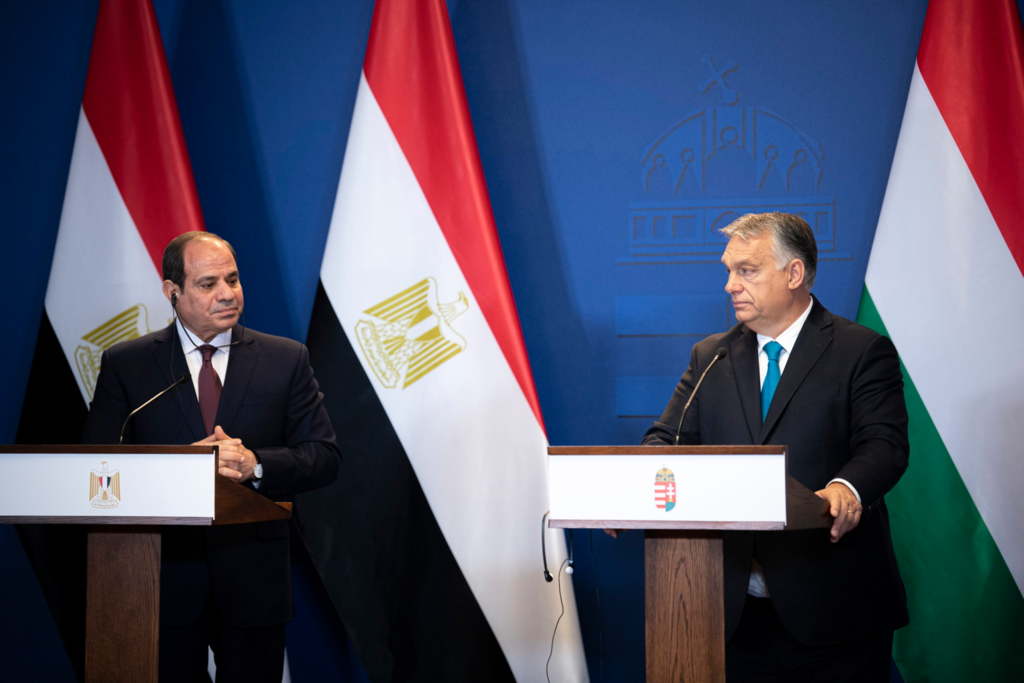 At the joint press conference, Abdul Fattah el-Sisi expressed his appreciation for the continuous support towards Egypt. He said he appreciated the trust, saying it would enable Egypt to overcome its difficulties that emerged in 2011-2013.

The Egyptian president described the bilateral talks as positive. He said they reached an agreement to boost cooperation in agriculture and tourism, as well as in other sectors of industry.