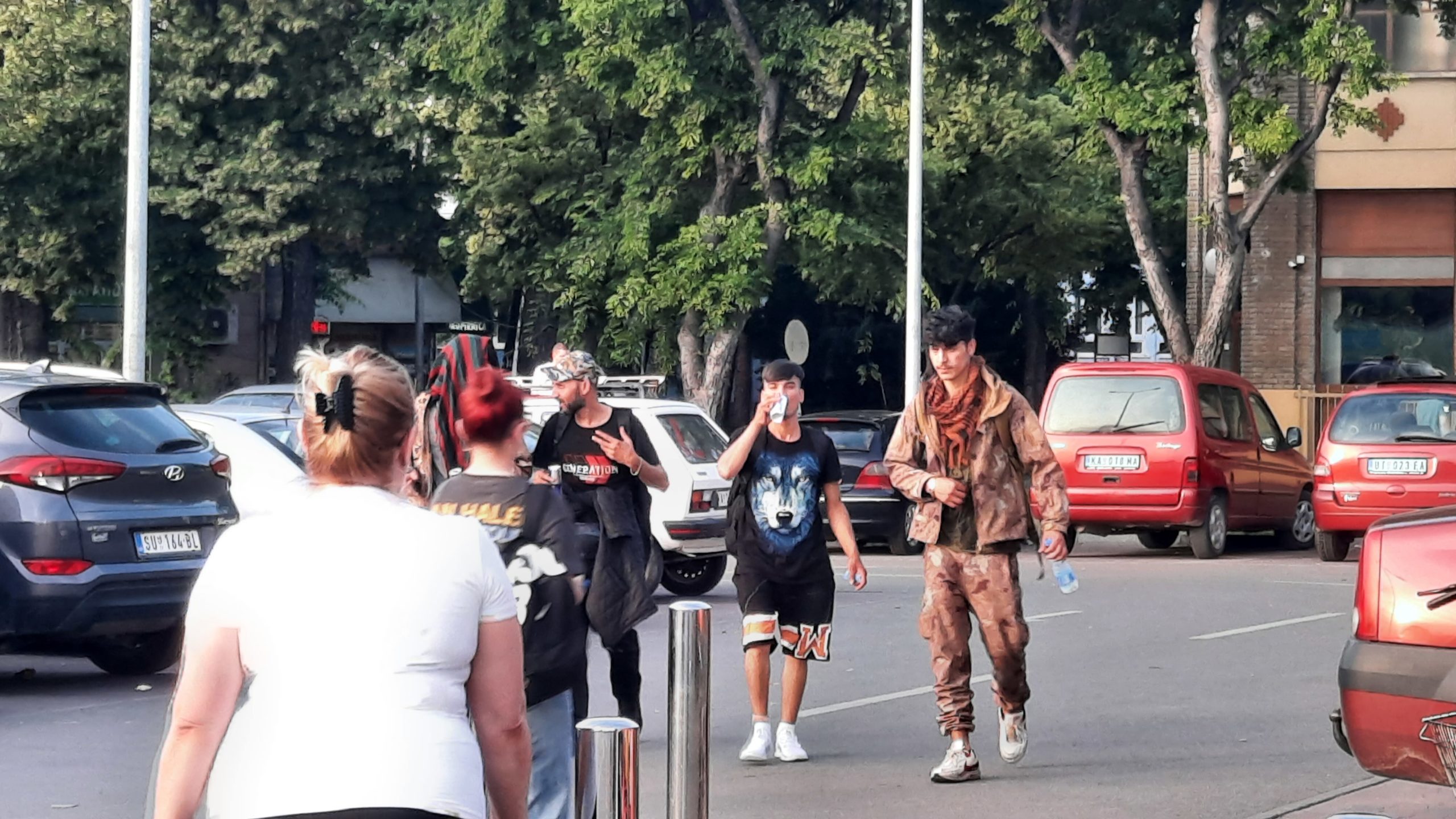 Aleksandar Vulin met with his Austrian counterpart in Vienna and reiterated his earlier position that Serbia would not serve as a parking lot for immigrants.

No unified position reached since 2015

The Serbian interior minister paid an official visit to the Austrian capital. Among other topics, Aleksandar Vulin and his Austrian counterpart discussed the subject of the migrant crisis. Mr Vulin stated that Serbia was not responsible for the situation but that it handled the crisis caused by immigration in an organised manner. Several hundreds of thousands of migrants have traversed the country since 2015, but the police have managed to protect the residents and maintain order for Serbians to live normal lives. 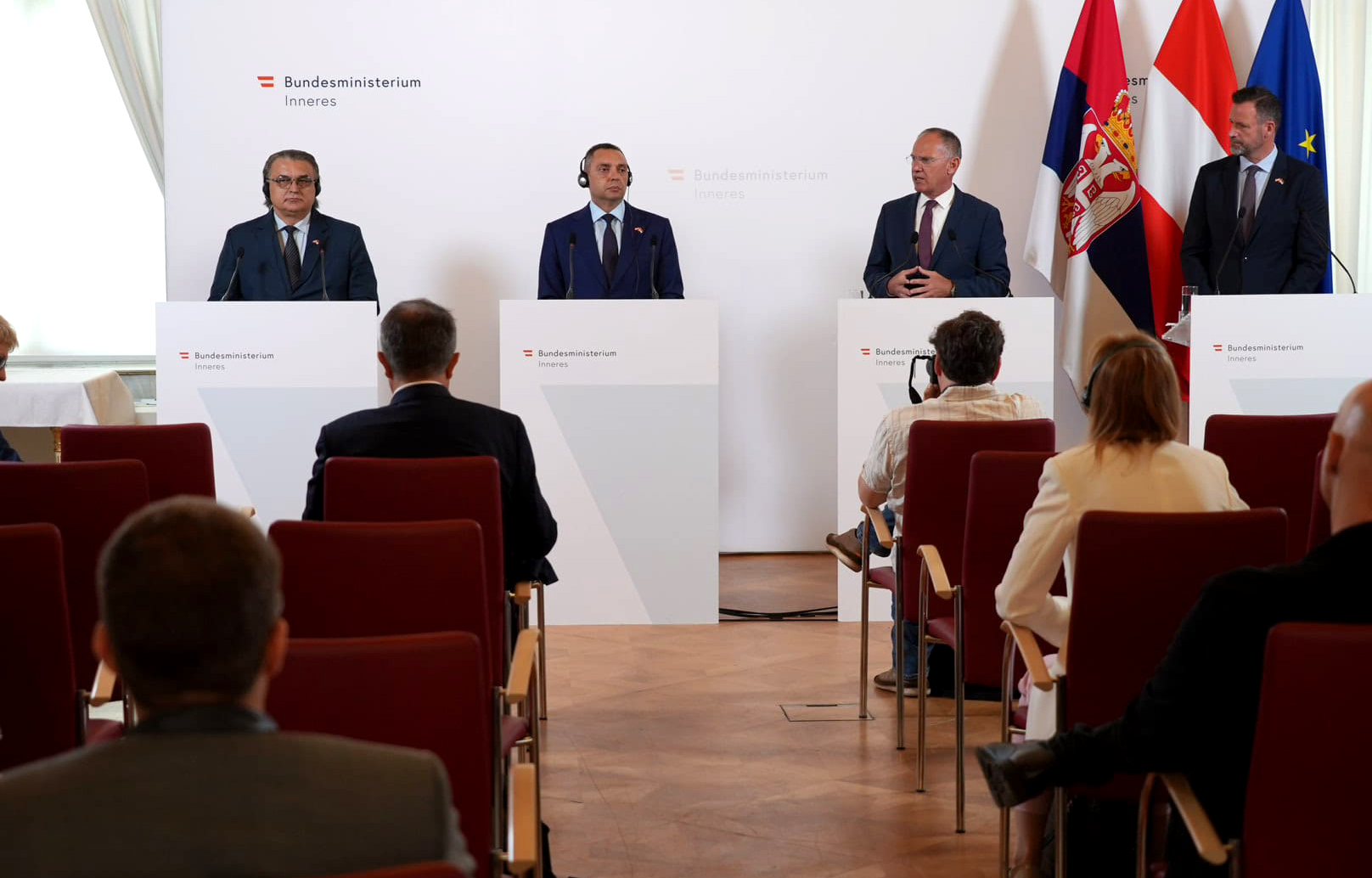 Serbia has been waiting for an official response from the EU to the migrant crisis, but the member states have failed to form a joint position in the past seven years, the Serbian minister underlined. The question is simple: Does Europe need migrants or not? It is high time that the EU formed a position on this subject and presented its own migration policy, Mr Vulin said.

“When it comes to European politics, there is no word about whether Europe needs migrants or not. If it does, then it should organise their transportation, say where they should go and which country will accept them. We, as a non-EU country, will provide help and support in that. On the other hand, if the EU doesn’t need migrants, it should articulate that fact clearly, and help us protect our borders. The EU has not decided exactly what it wants since 2015. Does it really want millions of people from Asia to move into Europe or not? We are waiting, but we can’t see a unified position,”

the Serbian minister said in Vienna.

Some Western countries display solidarity with illegal immigrants up until the point where they have to do something for them: The border of the EU on the Balkan route is being protected by Hungary, while countries further away are sitting on their hands and waiting for the migrant crisis to blow over some analysts say. The crisis, however, will not cease in the foreseeable future, as the food crisis may trigger new waves of people coming from Africa and Asia to Europe.

Interior Minister Vulin opined that Serbia should be treated by Brussels like a member of the EU, thereby allowing Belgrade access to the funds earmarked for tackling the migrant crisis.

“I would like to take this opportunity to ask that Serbia be treated as a full member of the European Union when it comes to funds for combatting the consequences of the migrant crisis. We have the same problems, why would we solve them in a different way? I think Frontex should also reconsider its role and extend its activities beyond the borders of the European Union. Serbia is in a very strange position, as migrants enter it from EU countries, and attempt to go on to other EU countries. Frontex should not only protect the European Union, but also prevent illegal immigrants from entering non-EU countries from EU members along a migration route,”

Mr Vulin said after the meeting.

Most migrants arrive in Serbia through the Balkan route. The illegal immigrants come via EU member states Bulgaria and Greece, as well as from North Macedonia, and continue on towards Hungary, Croatia and Romania which are EU members 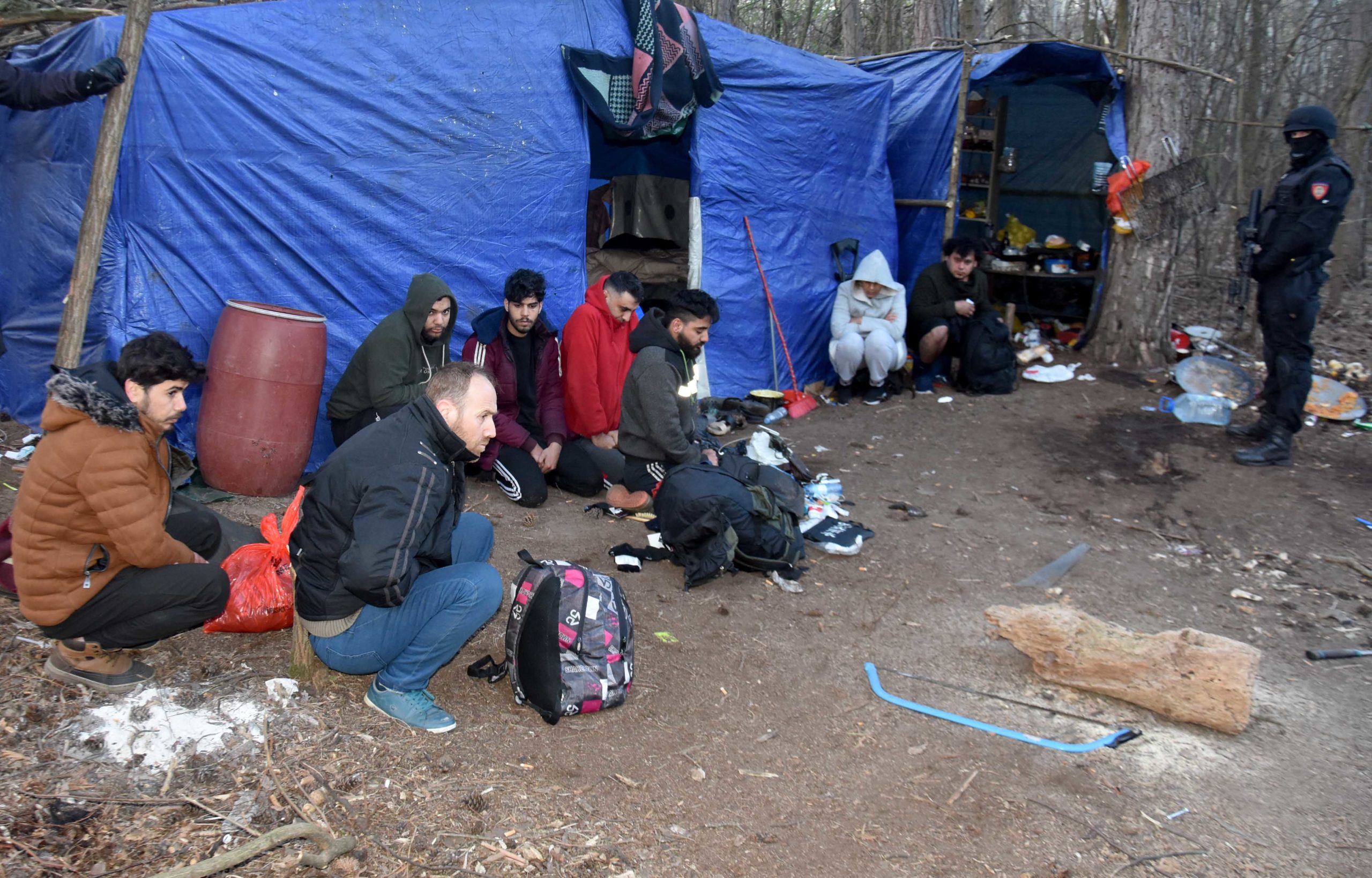 Despite the organised work of the police, migrants cause a lot of trouble along the Hungarian-Serbian border. V4NA earlier wrote that the migrants move into deserted houses, burn the floorboards for heat and steal electricity. There are villages in the north of Vojvodina where there are more migrants than local residents. One of the most heavily affected villages is Rabe, situated on the triple border of Serbia, Romania and Hungary. The residents often complain that they are afraid to leave their homes, fearing for their own safety and that of their loved ones, as well as the security of their belongings. The presence of illegal immigrants also poses a problem in the border towns of Subotica, Kanjiza and Sombor, where one can run into migrants almost anywhere, anytime.

Local fruit producers say they constantly have problems with immigrants stealing and trampling the crop throughout the year. Some of the migrants refuse to stay in reception centres, although Serbia provides them with the best possible accommodation. In Subotica, for example, immigrants prefer to find refuge in buildings along unused railway tracks, to try their luck getting to the other side of the border the next day. 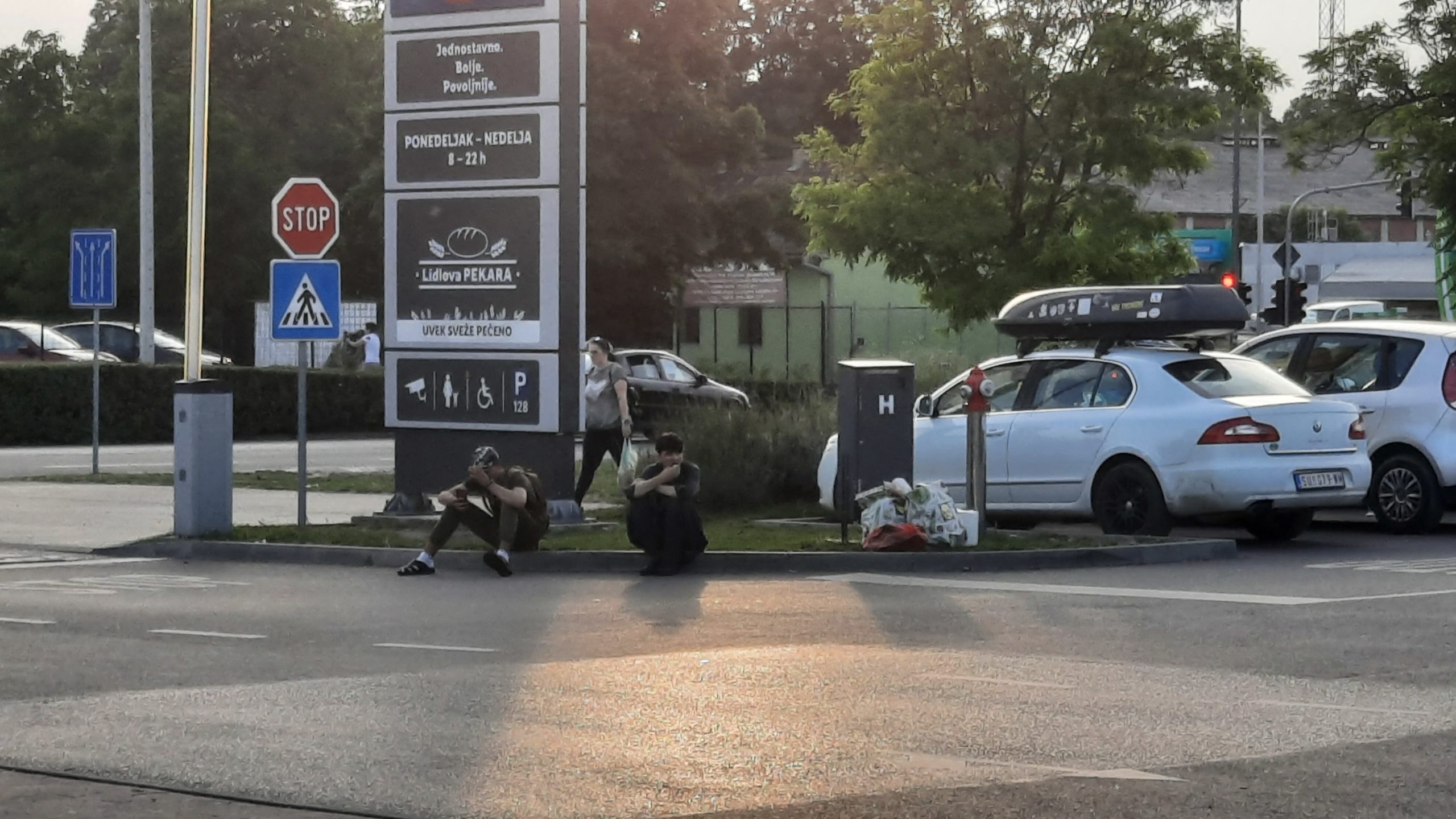 Most recently, they take shelter in the evenings in the parking lot of one of the best-known German retail chains. They can be seen in groups among the cars parked there, and shoppers need to take care not to accidentaly hit or run over the immigrants who completely disregard traffic rules. Even within the store, there are often more migrants than locals. But some locals also seek to take economic advantage of the migrants. 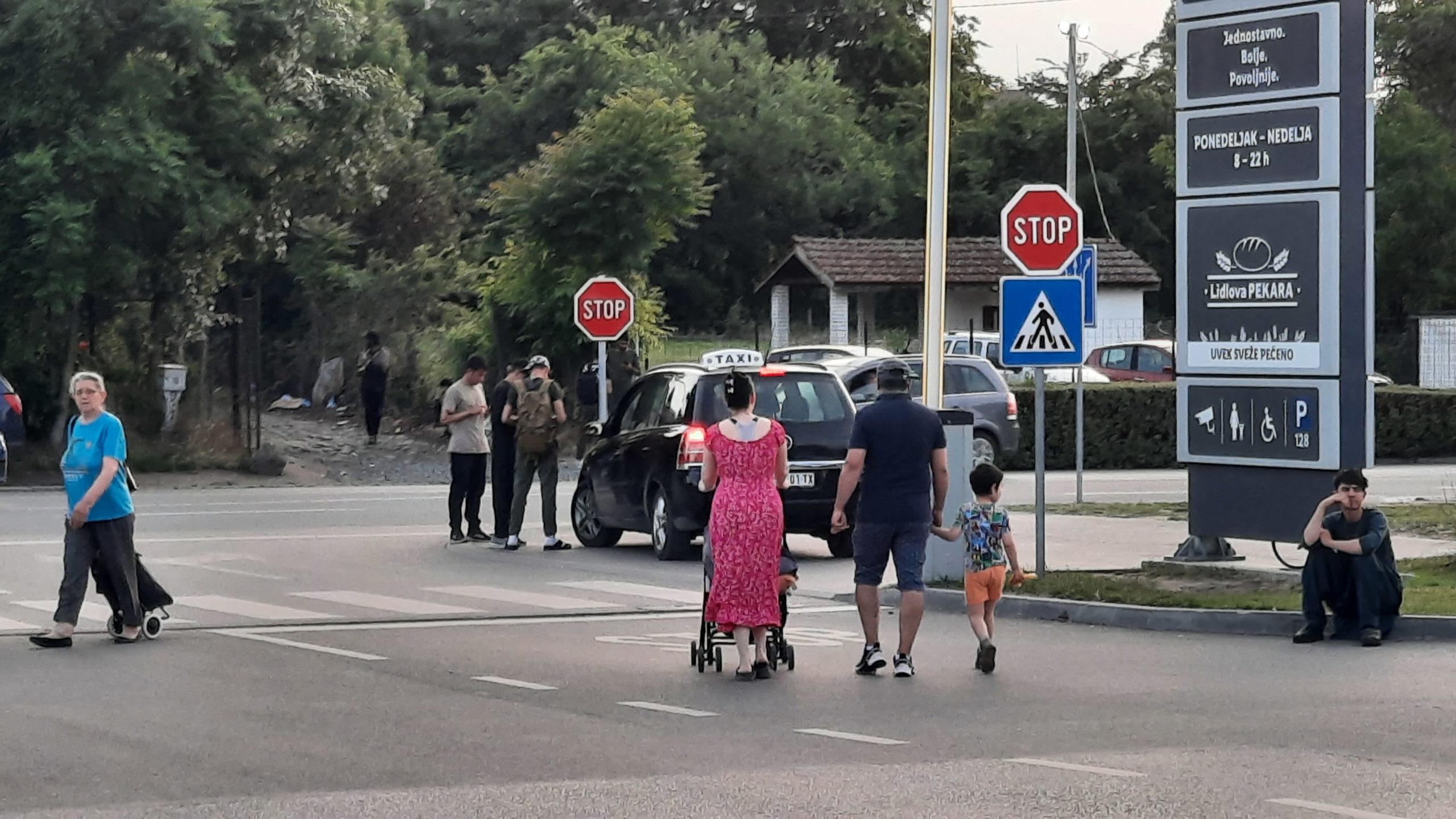 Taxi drivers, for example, pick up migrants from the car park of the above-mentioned supermarket in Subotica, take them to the Hungarian border at well over the market price, and then leave them to their fate. Migrants repeatedly attempt to get across the border illegally, but the effective action of the Hungarian police and the fence makes the border practically impenetrable. Even if the migrants do manage to get to the other side, they are still apprehended by the police.