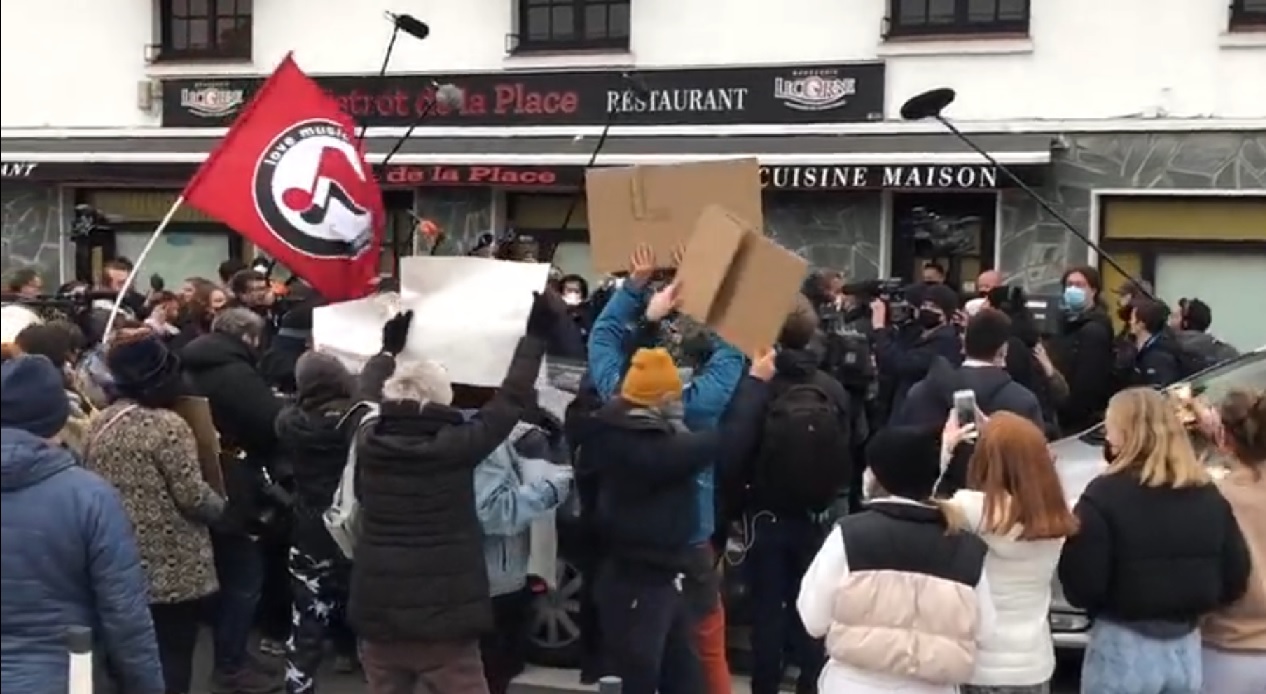 The politician was met by Antifa activists during a trip to the countryside so he is filing a complaint against the journalist who leaked the information. He is also under attack by the media, with the imam of the capital's Grand Mosque urging people to go and vote to prevent the right-wing presidential candidate from making it to the second round, because he is a very dangerous person.

As the French presidential election, scheduled for April 2022, is drawing near, the campaign appears to have gathered pace, with candidates being very active and criss-crossing the country. This is no different in the case of popular right-wing candidate Eric Zemmour, but the politician has recently come under a number of attacks.

As V4NA had previously reported, he was fined 10,000 euros by a Paris criminal court for inciting hatred after describing – in September 2020 – unaccompanied migrant minors as criminals, rapists and murderers. Mr Zemmour was backed by many of his colleagues and Christine Kelly – host of the popular Face a l’Info debate program – stressed that everyone has the right to freedom of expression. Mathieu Bock-Cote, the famous Canadian essayist underlined that Mr Zemmour was clearly the victim of a political trial. Mr Zemmour himself is of the same opinion, telling BFMTV news television that he believes he has become the subject of a political justice that seeks to prevent him from associating immigration with insecurity, and adding that he has no regrets about his remarks on unaccompanied migrant minors.

However, the campaign against Mr Zemmour is far from over, as the politician’s visit to Calais, notorious for its migration issues and illegal sea crossings, was disrupted by Antifa activists. The politician began his visit to the city at the site of the former migrant camp known as the Jungle. Later, he was to meet law enforcement officials at a site currently occupied by migrants, but his arrival was disrupted by around 30 far-left activists, forcing him to change his planned schedule and attend the planned meeting in a restaurant instead. However, he was followed by far-left protesters who began chanting outside the building, saying he should leave and that Calais was not his, so. In order to avoid further conflict, Mr Zemmour left through a back door.

Eric Zemmour’s campaign team has identified the journalist who provided information to the anti-fascist protesters, CNews writes. They are planning to file a complaint with police, CNews journalist Gauthier Le Bret wrote on Twitter.

Speaking to journalists at the scene, several protesters admitted off-camera that it was indeed a reporter who had informed Antifa activists about Mr Zemmour’s imminent visit, Le Bret added.

Commenting on the incident, Eric Zemmour tweeted that the decision of some journalists to collude with the most violent far-left activists is not simply ideologically significant, as it is an open act of direct aggression that poses grave threats to both democracy and its defenders.

However, the string of attacks against the right-wing candidate have showed no signs of abating. Speaking to the Algerian media, Chems-Eddine Hafiz, rector of the Grand Mosque of Paris, called on French citizens of Algerian descent to go to the polls to prevent Zemmour from advancing into the second round at the presidential race, arguing that the politician was a “very dangerous man.”

It’s a fact that Mr Zemmour has openly taken issue with migration and will do everything in his power to protect France from illegal immigrants, something he has always stressed. Prior to his visit to Calais, he told CNews that migrants who drowned at sea had died because the French government was not strict enough with them. In his view, those immigrants would not have died if they had been made aware that they could not reach England, and they may not even make it to France, or if they did, they would be deported immediately.

The politician also pointed out that the conditions prevalent in Calais – by which he meant the barbed wires, the walls, the fences, the violence, the crime, filth, misery and the declining property prices – are to spread to the rest of the country if President Macron’s current migration policy is continued. According to Eric Zemmour, Calais is a symbol of the failure of the EU and Emmanuel Macron, and the situation in the city will likely lead to the most brutal of tragedies, a recurring death of migrants attempting to cross the English Channel.