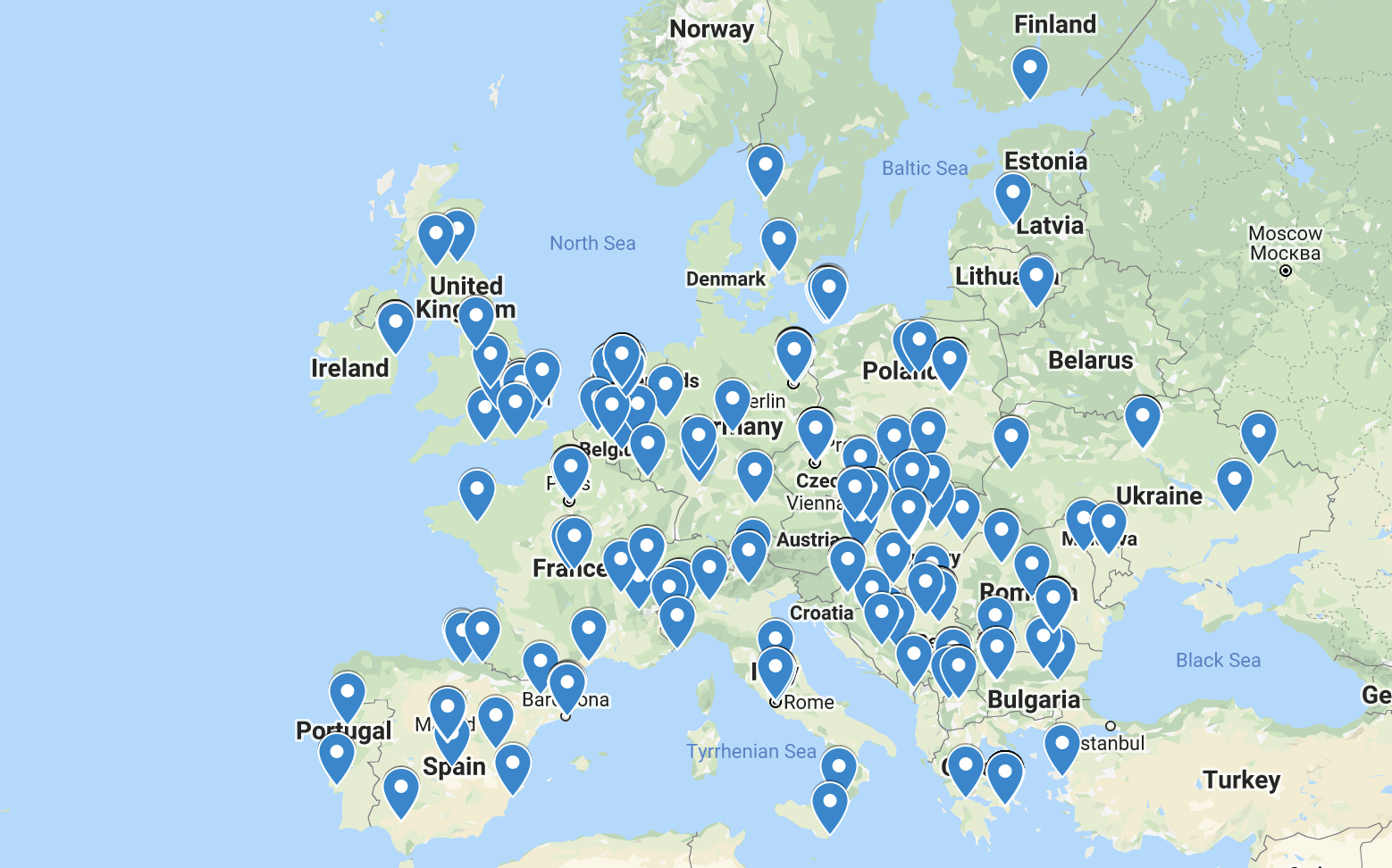 US stock market speculator George Soros s Open Society Foundations (OSF) provide support to various NGOs around the world, but they clearly see the biggest potentials in Europe. The Old Continent has received more than 600 financial grants in 2018.

According to regional data from 2018 made available on the official website of the Open Society Foundations (OSF), the organisation with close links to George Soros provided a total of 603 grants to organisations and programmes in Europe that year.

The interactive map now shows the entire Soros network and is very easy to navigate. Clicking on a location reveals the name of the organisation, the amount it received from OSF, and the purpose the money was spent on. 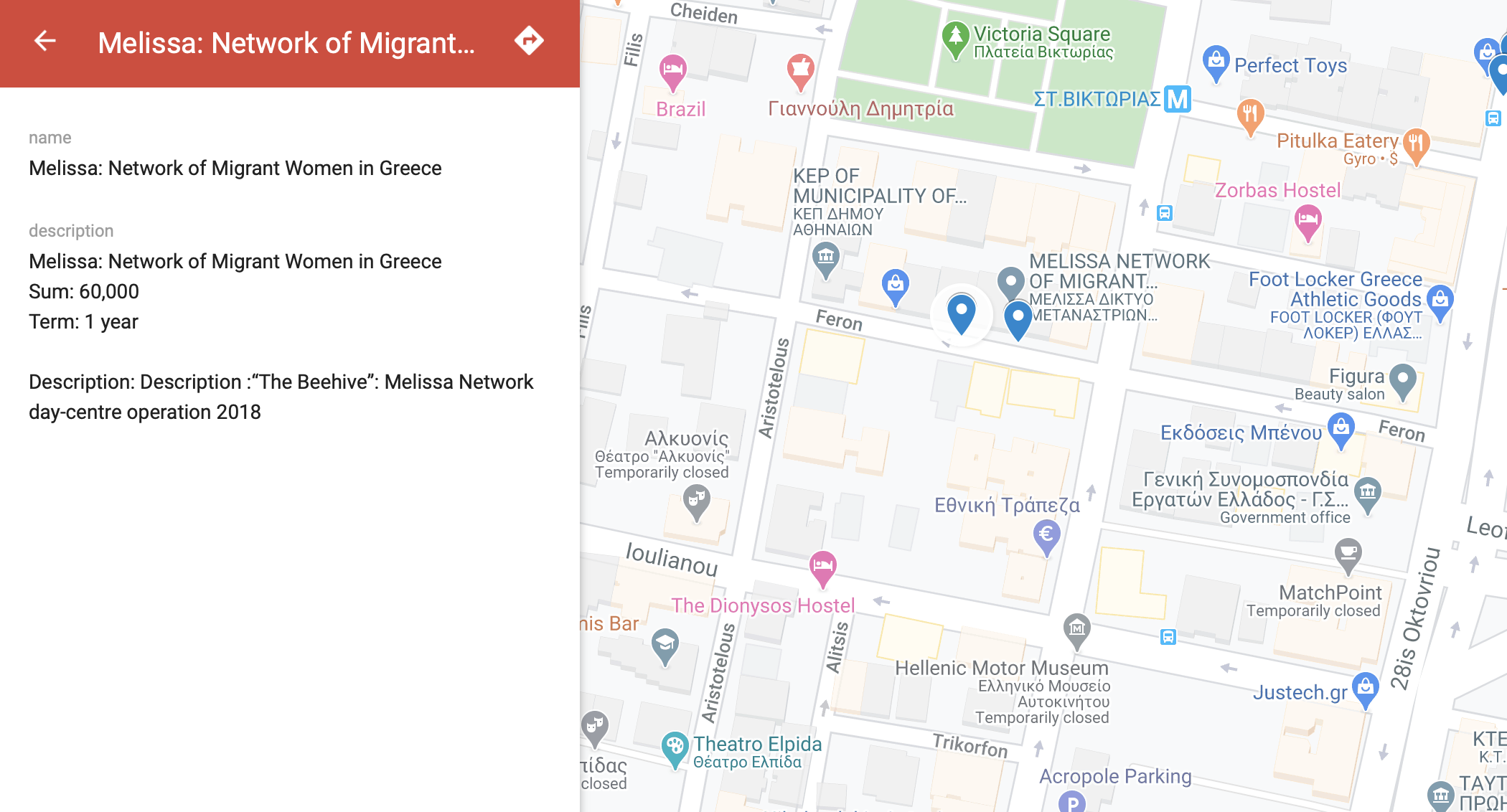 The map clearly shows that the Soros network was highly active in Germany, Belgium, the United Kingdom and France.

Concerning the four Visegrad countries, this bloc is also neatly covered by the network of dependents.

In Poland, 14 organisations received support from Soros. Some organisations operating in the country have successfully applied for Soros s grants on several occasions.

The Warsaw-based Helsinki Foundation for Human Rights, for example, received funding three times, in a total value of over 1.4 million dollars. They were granted 310 thousand and 990 thousand dollars to provide general support, and 110 thousand dollars to establish the “Helsinki Club” of individual supporters to mobilise people to purposely engage and advance a human rights agenda and raise public awareness on human rights issues.

Slovakia has 12 organisations that benefited from George Soros s financial assistance. Transparency International Slovakia received 134,980 dollars for its programme Seniors Against Corruption. A civil organisation called Inakost could spend more than 37,000 dollars on LGBT NGOs in Slovakia within the framework of the Building Social Base program.

Soros s Central European University received funding six times in 2018, in a total value of more than 1.2 million dollars. The amount was used to fund charitable and training activities. It was also spent on supporting a six-day course for up to 25 policy fellows in Moldova, Armenia and Kyrgyzstan to train researchers and participants of “think tank” groups.

Direkt36 Ujsagiro Kozpont Nonprofit Kft, a news portal critical of the Hungarian government, received money from OSF on two occasions, in the total amount of 95 thousand dollars. According to the OSF website, the money was spent on ensuring the medium-term sustainability of Direkt36 through the strengthening of its support base.

According to the OSF website, the left-wing Atlatszo.hu Kozhasznu Nonprofit Kft, which regularly attacks the Hungarian government, received 49,120 dollars from Soros s foundation. The sum was spent on building a strong foundation through microdonations – achieving sustainability. Asociatia Atlatszo Erdely Egyesulet, an organisation active in Romania, received nearly 25 thousand dollars to focus on transparency (Transparency through Media and Civil Society in Transylvania Phase 2).

Although not shown on the map, Hungarian liberal news outlet 444.hu is an integral part of Soros s media network. Data from the Hungarian company register reveal that the board of directors of Magyar Jeti Zrt, the publisher of 444, includes Maria Nemcova, who previously worked as programme director at the Open Society Foundation Prague (OSFP). Nemcova is now chief operating officer at an organisation called Media Development and Investment Fund, which can also be linked to George Soros.

OSF supported a good number of organisations across Europe that focus on migration in one way or another.

The Asylum Protection Center in Serbia was awarded 150 thousand dollars to monitor and improve asylum and migrant practices.

The Spanish Coordinadora De Barrios was granted 138,434 dollars to provide legal and psychosocial support to migrants and refugees who fell victim to political violence.

The Danish Institute for International Studies received nearly 50 thousand dollars to gain greater knowledge, through research, about the health and safety experiences of women from West and North Africa who engage in sex work during irregular migration to Europe.

The Greek Forum of Migrants received funding twice, in a combined value of nearly 116 thousand dollars.

The Italian Istituto Affari Internazionali was awarded 230,191 dollars to educate and foster dialogue with policymakers on new approaches to European migration and asylum policy to the benefit of refugees, migrants, and host societies.

The Brussels-based Migration Policy Institute Europe received more than 356 thousand dollars in funding to develop, among other things, proposals for future asylum policy in Europe.

The ERA – LGBTI Equal Rights Association in Serbia could spend 135 thousand dollars, inter alia, on strengthening cooperation between HIV and LGBTQI movements to improve and sustain services for key communities within the LGBTQI spectrum.

Besides organisations, George Soros also financed 28 fellowships with a combined sum of more than 1.2 million dollars. In addition, over 18 thousand dollars were awarded to two internship programmes that offered the beneficiaries seminars in human rights at the organisation called Refugee Law Project. OSF spent a total of nearly 450 thousand dollars on 26 scholarships.

Earlier articles on the topic:

For decades, US stock market speculator George Soros has been supporting various organisations around the globe that seek to spread the ideology of the so-called open society worldwide. In Part 1 of its series of articles, V4NA highlights the networks activities in the United States.

It is not easy for NGOs to operate in Central Asia. Most countries in the region have strict regulations, making it nearly impossible for NGOs to receive foreign funding. However, George Soros and his allies are trying to circumvent the system and continue to operate their network in the area in sophisticated ways.

US stock market speculator George Soros is quite solicitous about migrants intending to reach Europe from Africa and the Middle East. It comes as little surprise that pro-migration NGOs operating in these areas have received significant financial support from the Open Society Foundations.

George Soros s money knows no borders as the tycoon has nearly two hundred interests in the Far East. Intriguingly, the Open Society Foundations are mobilising significant financial resources to support the region s sexual minorities. In Part IV of its series of articles, V4NA examines the US stock market speculator s activity in Southeast Asia.

V4NA map: Soros network gains ground in Africa – Part V African countries have not escaped the attention of US stock market speculator George Soros. Organisations supported by the Open Society Foundations are pushing hard on the Dark Continent and working on topics important to Soros.

US stock exchange speculator George Soros s Open Society Foundations (OSF) are also present in South America, where they have provided significant amounts to pro-migrant and LGBTQ organisations, among others. As Brazil s presidential race was held in 2018, it is no coincidence that organisations trying to exert their influence during the election have also received top dollar from Soros.