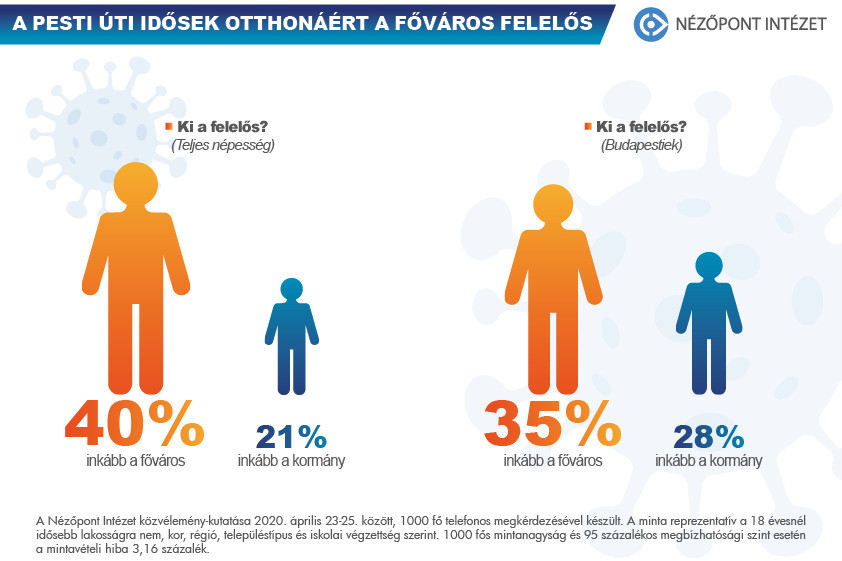 People blame the capital for deaths of elderly residents

The majority of Hungarians blame the municipality of Budapest for the conditions in a care home it maintains, which have led to mass infections and the deaths of several elderly citizens in the Hungarian capital, according to a survey by the Nezopont Institute.

According to a recent survey by the Nezopont Institute, 40 per cent of Hungarians blame the municipality of Budapest for the mass infections that occurred in an elderly care home in the capital city. It s interesting to note that one fifth of the opposition voters also blame the capital for what happened.

In the care home run by the municipality of Budapest 287 residents and 22 staff have been infected with the novel coronavirus, and 29 elderly patients died. Regular inspections concluded that the home did not meet the required standards and inspections over the last week also found that the mandatory presence of a doctor was not ensured, either.

Monday s police announcement revealed that one of the deceased residents of the care home also had scabies, and police informed the Budapest Government Office of the case in an official letter. The elderly patient was hospitalised in early April and, besides the infection, medical examinations have revealed that he also had scabies and a nasal fracture.