Prices have skyrocketed on the cereal market since the outbreak of the Russia-Ukraine war. The situation is greatly exacerbated by the fact that the cereal supplies cannot leave Ukraine.

Although Hungary is self-sufficient in terms of cereals and smooth supply is not in danger, the drought and the rising energy prices will still appear in the prices of basic foodstuffs, the Hungarian economic paper Vilaggazdasag writes. 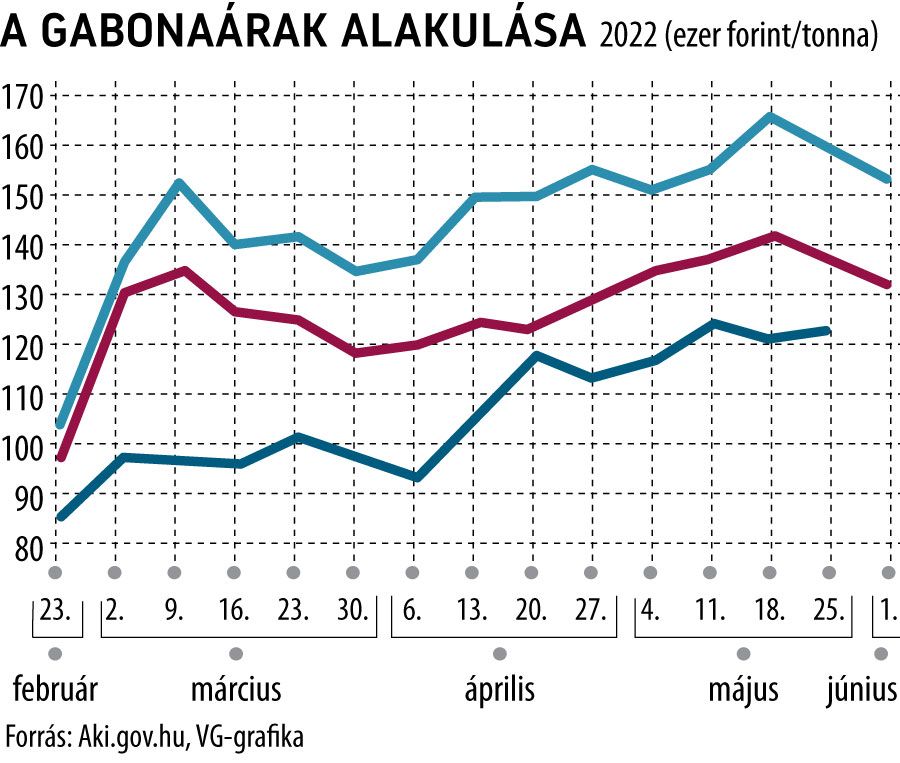 Prices have gone through an even steeper increase if we compare the prices on a year-on-year basis, as a tonne of wheat cost only 60-65 thousand forints (about 165.79 euros) in June 2021. To make things worse, due to this year’s drought, producers in Hungary expect wheat yields of less that 5 tonnes per hectare, nearly one tonne lower compared to last year’s average. On top of all this, all hell broke lose regarding the oil and energy prices since the outbreak of war. Several companies have reported a sharp rise in public utility costs, with the price of gas increasing by five and a half times since November and the price of electricity going up threefold since January.

While the price of electricity per megawatt hour on the domestic power exchange stood at 191 euros on 10 June, the price has averaged 223 euros since the outbreak of the war.

A similar trend can be seen on the Hungarian gas exchange, with an average price of 111 euros in the aforementioned period standing, which is almost 40 per cent higher than on the day before the war began.

It is no coincidence that industry actors have already sounded the alarm, stressing that increasing the price of flour is inevitable, which will ultimately lead to higher prices for bread and bakery products.

“Hungary is in a fortunate position, as we can produce twice as much food as we need. However, we cannot be completely relaxed, as developments on the global market also affect the situation of Hungary’s economy. The fact that Ukrainian grain stocks are stranded has caused such huge panic that prices began to rise immediately,”