The Hungarian prime minister has posted a photo in commemoration of the former Japanese premier, assassinated yesterday morning.

“Hungary has lost an important friend. God rest your soul, Prime Minister Shinzo Abe,” Viktor Orban wrote on social media. The Hungarian premier also shared a photo of the two of them attending an event. 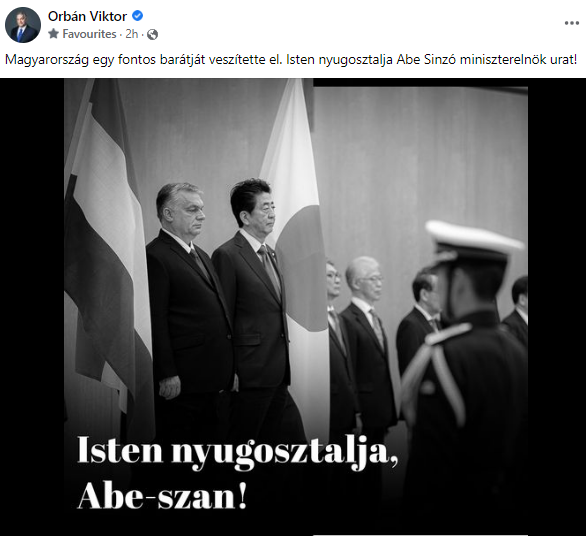 Shinzo Abe was delivering an election campaign speech in the city of Nara, central Japan, when he was shot several times. Witnesses said that they first heard loud bangs and then saw clouds of smoke in the direction of the sounds. Video recordings of the event show as the former prime minister abruptly collapses. Moments later, police officers in the background forced to the ground a man in a grey T-shirt, who had already been disarmed. 67-year-old Abe was rushed to hospital, but his heart and breathing had already stopped by the time they arrived there. Doctors fought for the former premier’s life for four hours, but Shinzo Abe died of his injuries.