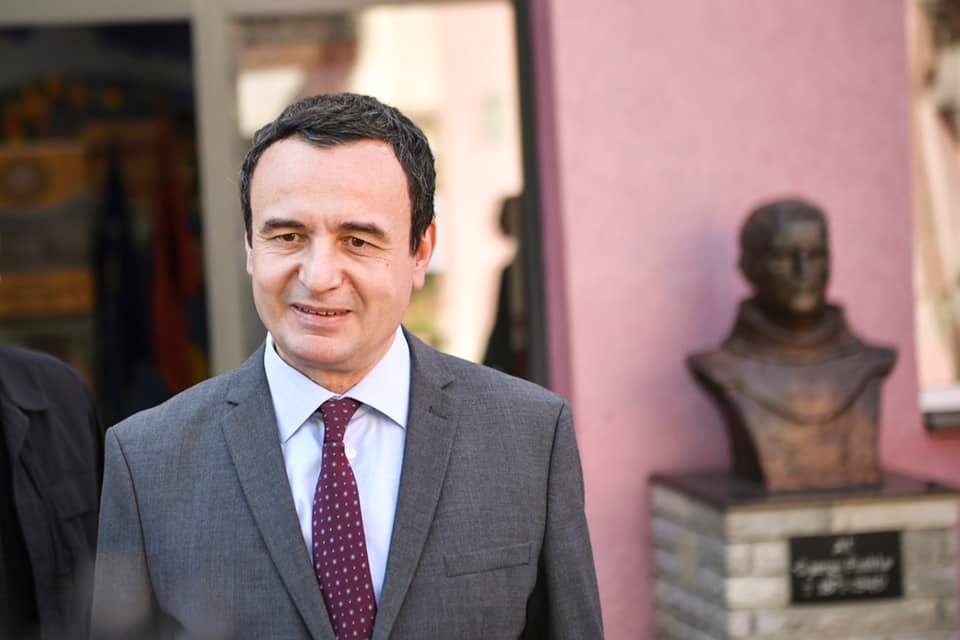 Threat of another war looms in Europe, PM says

There are four reasons why armed clashes between Serbia and Kosovo are possible, Albin Kurti told Swiss media. According to the Kosovar PM, one is Belgrade's refusal to recognise Pristina's independence. Meanwhile, former Serbian House Speaker Ivica Dacic blamed the West, saying that their silence encourages the Albanians to take the northern part of the territory by military force and expel the Serbs.

Tensions in the Balkans intensify with Ukraine-Russia war

The leaders of Kosovo and Serbia have failed to reach an agreement for years. The main point of disagreement is that Belgrade sees the area as a breakaway southern province, while Pristina is fighting for the full realisation of its independence, which includes joining international organisations such as the UN. Belgrade has so far successfully prevented this. Besides Serbia, great powers like China and Russia also refuse to recognise Kosovo’s independence, however, most Western countries, including the United States, Germany, and France, do. The European Union does not have a common position either, with five of the 27 members, namely Spain, Slovakia, Romania, Cyprus and Greece, opposing recognition of the Balkan state. 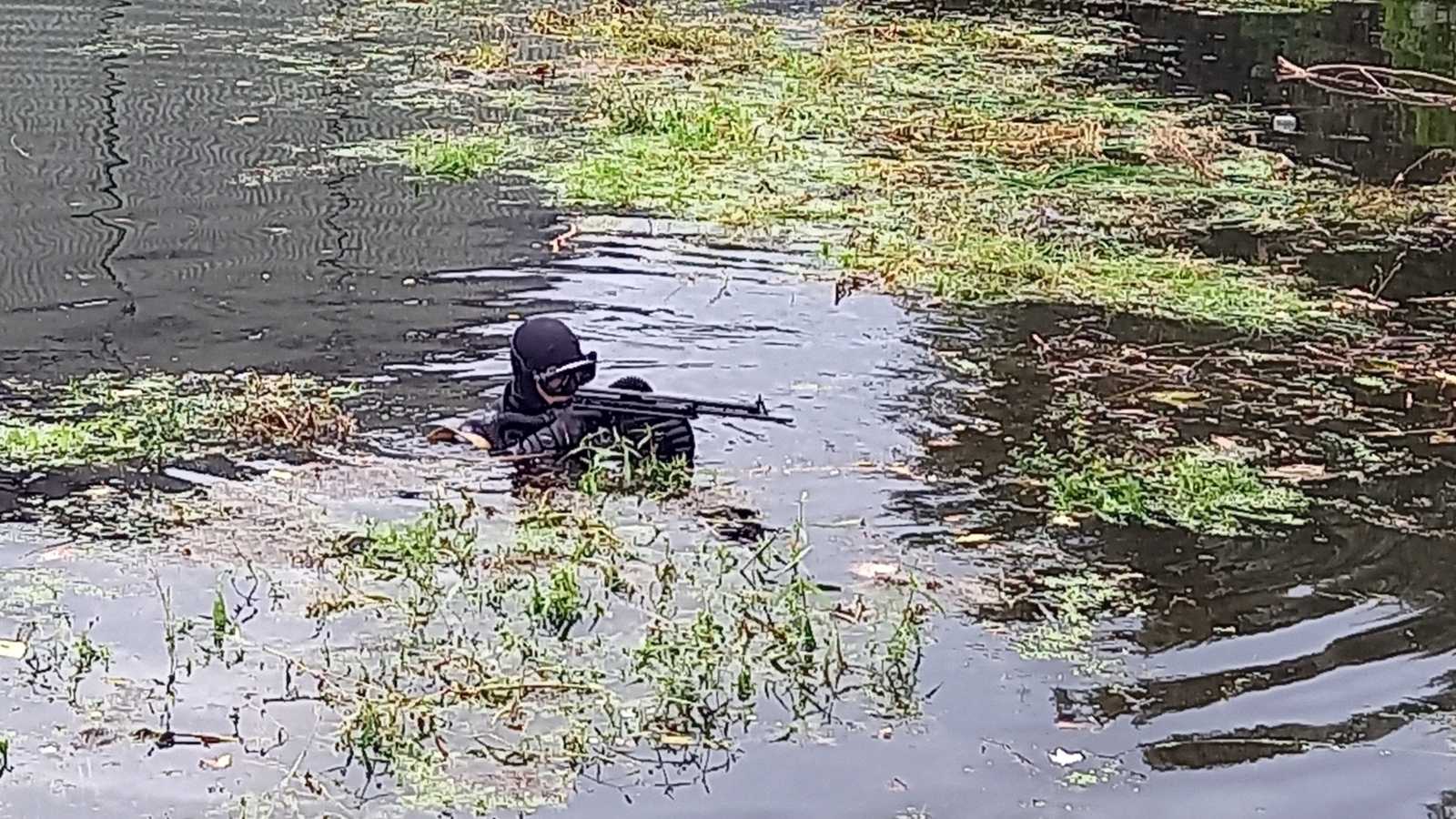 Since the outbreak of the Ukraine-Russia war, there have been increasing rumours that the frozen conflict between Belgrade and Pristina could set the Western Balkans on fire again. Kosovo argues that Serbia is Russia’s ally as the country led by President Aleksandar Vucic refuses to introduce punitive measures against Russia. 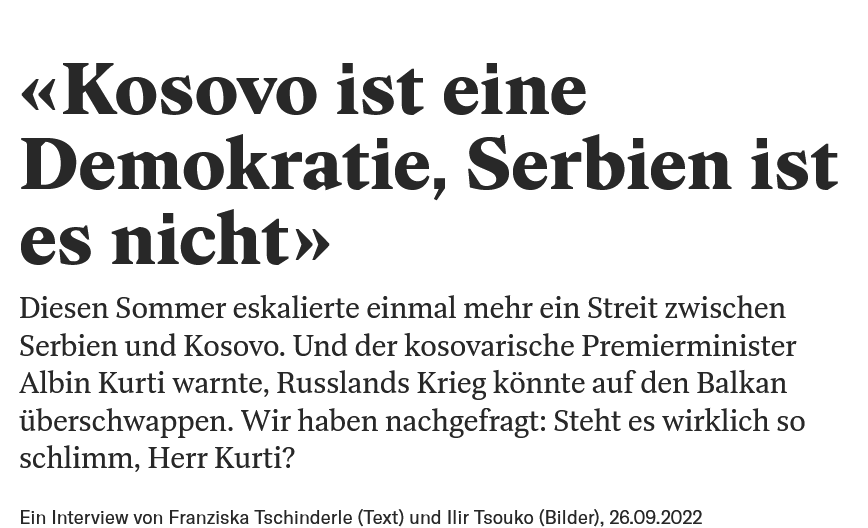 For months, the Kosovo premier has been reiterating that there is a risk of a new war in the Balkans. Serbia is a threat, the Kosovo PM says. Talking to the Swiss press, Albin Kurti listed four reasons why there is a serious risk of an outbreak of armed clashes in the region. One of the problems is that Serbia is preventing Kosovo from becoming a member of international organisations, and operates a parallel system of institutions in the north of the country.

“Serbia still doesn’t recognise the independence of Kosovo. It fights against our international recognition and, at the same time, finances illegal structures within the territory of Kosovo, which undermine our rule of law and sovereignty,” Albin Kurti underlined.

The ethnic Albanian politician said the second reason for a possible armed confrontation was that Serbia does not admit to the war crimes it committed in the 1990s. Belgrade is cultivating close relations with Russia, which violates peace in the region, the premier emphasized in the interview.

“Kosovo is a democracy, while Serbia is not. This is the third reason which concerns me. The fourth danger is that Belgrade maintains close ties with Valdimir Putin,” Kurti pointed out. 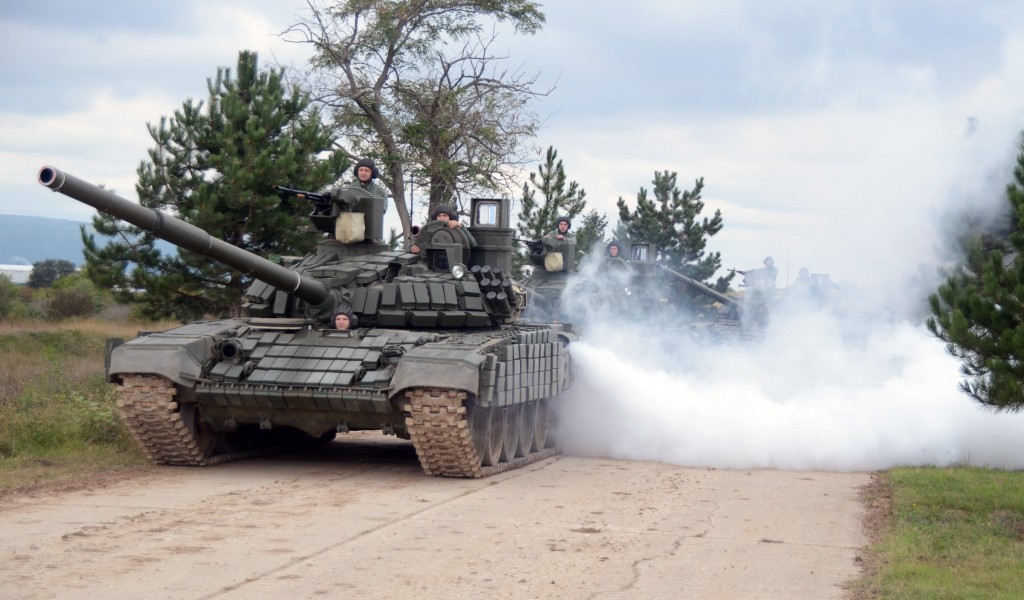 Dacic: Rather, Albanians are endangering Serbs

The Serbian state leadership has been striving for a compromise solution to the issue of Kosovo. Belgrade’s position holds that the answer should not involve one party receiving everything while the other gets nothing. The Serbian government is committed to dialogue and a peaceful settlement, as President Aleksandar Vucic has repeatedly emphasized. This dialogue is being mediated by Brussels, and the bumpy process has yielded little results in normalising the relations between Belgrade and Pristina. In the view of Ivica Dacic, former Serbian PM and House Speaker: the West turns a blind eye to the unilateral steps of the Albanians directed against the Serbs in Kosovo.

“Serbia is fighting for peace with all its might by participating in the negotiations in Brussels, but Pristina does not want to implement what was agreed. It is constantly making unilateral moves aimed at the military conquest of northern Kosovo and Metohija and the pogrom and expulsion of the Serbs. The European Union and the West are silent, there by, in fact, approving of Pristina’s actions,” said Dacic.