Zelensky unable to shake off his predecessors' Nazi legacy

The Ukrainian president, by his own admission, is helpless against violations in Ukraine that are in breach of fundamental EU principles. Zelensky is unable to shut down media outlets operating in line with national regulations, as he has previously explained. In essence, this implies that Ukraine's laws allow the doxxing of minors on a death list. This is, in fact, what a media site called Myrotvorets has been doing: posting young children on its death list.

To make the situation even worse, the media site’s operator is none other than Anton Herashchenko, a key behind-the-scenes figure in Zelensky’s cabinet. According to unconfirmed Ukrainian sources, he is so important that he is not even subordinate to Zelensky, although he apparently acts as an external adviser to the interior ministry. The ministry supports the site as they also use it. 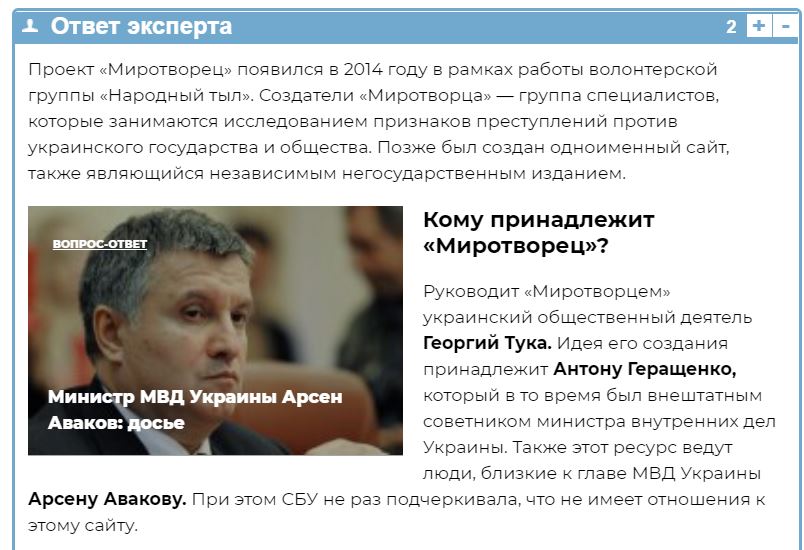 For eight years now, the personal data and photographs of certain foreign nationals and Ukrainian citizens who are seen as enemies of Ukraine have been published with impunity by a Ukrainian ultranationalist media site called Myrotvorets. The database has expanded and now includes a hundred thousand individuals. Due to the Russia-Ukraine war

alongside nationals – including children – of Ukraine and Russia, citizens of various nations have appeared on the growing death list in recent days.

As also reported by V4NA, Myrotvorets doxxed a 12-year-old (Russian) girl from Luhansk, accused of anti-Ukraine propaganda, on its death list. This happened after the young girl, Faina Savenkova, spoke out in a video message to the UN Security Council and to French President Emmanuel Macron in a plea to protect the lives of children in Donbass, karpat.in.ua wrote. The group’s report accused the 12-year-old girl of writing anti-Ukrainian propaganda in her works of prose, plays and essays, of spreading fake news about the Ukrainian army and of participating in all kinds of writing competitions in Russia as a member of the Writers’ Union of the breakaway republics.

The Myrotvorets site is publishing the data of other minors as well, violating their rights and putting their lives at risk, according to ombudsman reports.

And a 2021 report by the press service of the General Prosecutor’s Office of the Russian Federation states that the data of reporters working for foreign news agencies such as AFP, Al Jazeera, Le Monde, the BBC, Reuters and Forbes had also appeared in the database. According to the Russian authorities, the “caretakers” of the death list – the uploaders of illegally obtained data – carry out their activities “with the approval and consent of the official Ukrainian authorities”.

In 2015 two shocking cases occurred. Ukrainian journalist Oles Buzina was shot dead near his apartment after Myrotvorets had disclosed his exact address. During the investigation into the murder, some of the evidence vanished and thus, the identity of the killer was never revealed. Buzina committed the sin of supporting Ukraine’s rapprochement with Russia in his writings.

A day before Buzina was murdered, Ukrainian lawmaker Oleh Kalashnikov was killed in his home. His name and exact address were also disclosed on the death list. He was also accused of holding pro-Russian views, and police once again failed in their investigation of the case.

Incidentally, names of Hungarians appear on the list particularly frequently: representatives of the Hungarian ethnic minority living in Transcarpathia in Ukraine, politicians and private individuals have already been placed on the list. Moreover, the site has added Hungary’s Prime Minister to its list quite recently. The site also published the personal data of the Hungarian Minister of Foreign Affairs and Trade, Peter Szijjarto, after he had spoken out for the rights of the Hungarian minority in Ukraine. The Hungarian Foreign Minister also received special attention from the operators of the website because he had strongly protested against its operation in one of his speeches. In a press release pertaining to the dispute, Kinga Gal, MEP of the Hungarian ruling party Fidesz, emphasized that the intimidation of national minorities to such an extent was unacceptable anywhere in the world, noting that it was even more serious coming from an eastern partnership country aspiring for closer ties with NATO and the European Union.

Slightly more than a year ago, the European Parliament (EP) also called on Ukraine’s leadership to ban the activities of Myrotvorets. In its resolution, the EP said it “regrets the fact that the political climate in the country has worsened, with intimidation, hate speech and political pressure being widely used for political purposes”. The EP urged “the authorities to firmly condemn and ban the operations of extremist and hate-speech groups and websites, such as Myrotvorets, which incite tensions in society and misuse the personal data of hundreds of people, including journalists, politicians and members of minority groups”. 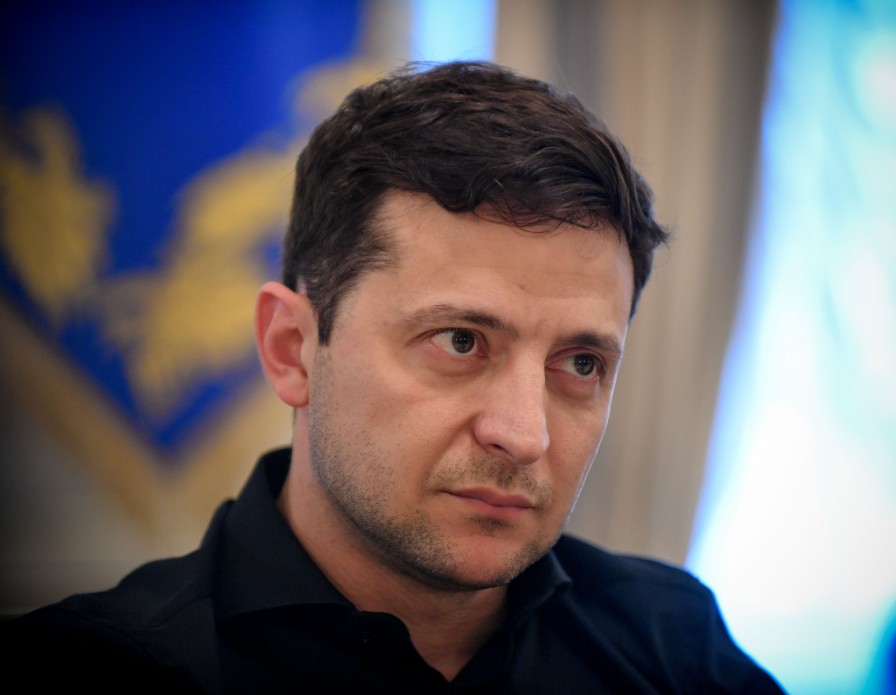 The Ukrainian president says that he has no authority over a media outlet that publishes a death list in gross violation of EU law.

Despite repeated, firm EP resolutions, Ukraine has failed to take steps to ban the Nazi website, and President Volodymyr Zelensky himself has admitted that he is helpless. In 2019 he said that

“As president I cannot open or shut down websites,”

adding that he did not know who owned the website. He noted that once even his wife was added to the list.

This statement by the president of Ukraine is a blatant lie, as Anton Herashchenko, the creator and operator of the site, has repeatedly stated this in several places. Moreover, Anton Herashchenko has been a government figure and leading Ukrainian politician since 2014.

This is particularly distasteful in the context of President Volodymyr Zelensky’s desire to see Ukraine, which is now at war, joining the EU without delay. The necessary documents have already been submitted. French President Emmanuel Macron recently said that it could be years before Ukraine becomes a full member of the EU – a view confirmed by the fact that the Ukrainian constitution is not compatible with the EU’s basic documents. After all, according to Mr Zelensky, the media outlet Myrotvorets, which has published the list, is operating legally, which is a clear violation of EU data security laws.

According to Myrotvorets’s operators, the site functions as a “research centre for crimes against Ukraine’s national security, peace and citizens’ safety.” As for who gets on the Myrotvorets death list, which carries real risks, is decided by an undisclosed group of administrators.

Although Zelensky attempted to remove Herashchenko from the government in 2021, he only seemingly succeeded, as the advisor has remained an important politician in the interior ministry ever since.

It was also Mr Herashchenko who announced two years after its launch, in 2016, that Myrotvorets had officially become an “electronic media outlet” – meaning that the “internet project”, which had been operating in obscurity and producing a death list, had became an officially operated site.

“Thus, all the data disseminated by Myrotvorets will be subject to all the provisions of the Information Law,” Mr Herashchenko said.

However, neither then nor since has the site complied with any legal obligation, mandatory in EU member states, to identify and hold the operator or publisher to account.

In 2016, the then Ukrainian interior minister even defended the media outlet.

In other words, the Ukrainian ultranationalist website, which openly violates human rights, has continued to operate and be updated in a country wanting accession to the European Union.

Myrotvorets has also been involved in scandals within Ukraine. In one case

the website has published personal data of more than 4,000 Ukrainian and foreign journalists, including their mobile phone contact details.

At that time, an ombudsman turned to the authorities under Article 171, Part 1 of the Criminal Code of Ukraine (obstruction of journalists’ legitimate professional activities), which led the Myrotvorets “staff” to announce that they would close the website. This did not happen, however, on the grounds that Ukrainian public figures and politicians had vociferously supported Myrotvorets.

The way Myrotvorets operates was reported by the interior ministry advisor and the “father” of the site, Herashchenko himself, on the second anniversary of the media outlet.

He wrote that the idea of creating Myrotvorets was “an emotional and powerful response by a group of Ukrainian patriots, veterans and active members of the special services to the illegal and unrecognised referendum in Crimea on joining the Russian Federation.” He then went on to say that a “closed analysis” of social media profiles and websites “working against Ukraine” was carried out over several months. Data were recorded on individuals who “celebrated their actions to divide Ukraine.” This wording obviously refers to phishing, hacking and other illegal data theft. Mr Herashchenko also confirmed that

the database is “successfully being used by Ukrainian law enforcement agencies to track down and apprehend criminals.”

Anton Herashchenko is proud that the illegal database is used by law enforcement agencies and claims that it will continue to be used in the future. As he said, he considers the website a “historic project.”

As he says, they plan to transform Myrotvorets into an international centre for the search and prosecution of criminals against Ukraine, “which will work as long as necessary to identify and punish anyone who has laid a hand on Ukraine, just like the international centre for the search for Nazi criminals named after Simon Wiesenthal. Slava Ukraini (Glory to Ukraine)!”

V4NA has sent an inquiry to Ukrainian Interior Minister Denys Monastyrsky, asking, among other things, about the legal conditions for launching a Ukrainian-language website (press outlet) in Ukraine; whether it is legal in Ukraine to publish the address, telephone number and other personal data of politicians and/or their relatives on such a website; and whether publishers of press outlets must comply with the relevant EU legislation.