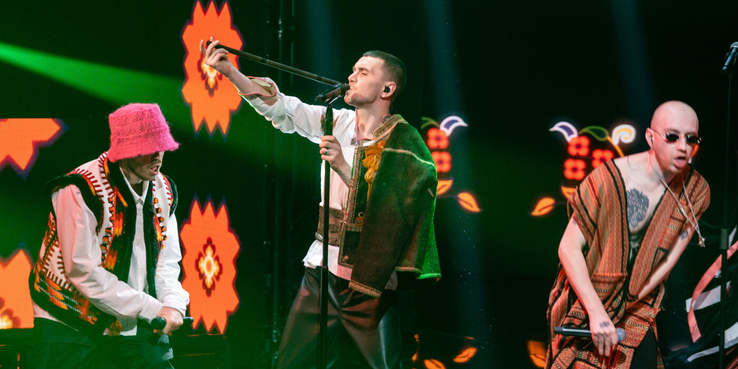 Shady dealings behind the Eurovision victory – “extra” points for the Ukrainians?

Ukraine has won the Eurovision Song Contest, but whether the victory was fair is a growing question. As it turned out, Romania's points for Moldova were tabulated for the Ukrainian team, and several other countries have indicated that the same happened to them. Meanwhile, the Ukrainian president added a political dimension to the song contest, saying he would do his utmost to secure that Mariupol hosts the festival next year.

We knew they were going to win

The victory of the Ukrainian band Kalush Orchestra, with their strongly national song mixing folk and hip-hop elements, was a foregone conclusion. The day before the final, the bookmakers were already placing their chances of winning at 60 per cent, with odds of nearly 1.3. As V4NA has reported, the song in praise of mother and motherland was hailed as the new anthem of the Ukrainians, and the war references in it would have been hard to miss. Several analysts have predicted that if the Ukrainian song wins the competition, it will not necessarily be for professional reasons, but rather for political ones.

There was no surprise, Ukraine won. The song Stefania, however, did not win the jury’s undivided sympathy, as the expert committees representing the countries only ranked it fourth. Here the United Kingdom came in first, Sweden second and Spain third. In addition, there was already a considerable gap between first and fourth place (283 points against 192). But then came the bulk audience votes, which were no longer broken down by country, but only aggregated. The Ukrainians suddenly took the lead and won by over 600 points.

While before the final the media only hinted that the winner would be chosen on political grounds, the day after the final there were already numerous articles clearly supporting this view. Many journalists put the word “won” in quotation marks, and gave titles like “Music to the rhythm of politics“, “How many Eurovision songs are played from political sheet music.”

Volodymyr Zelensky, the President of Ukraine, which is currently at war, was of course not left out of the Eurovision frenzy, which attracted a lot of media attention. Before the final, he sent a video message encouraging everyone to vote for the Kalush Orchestra, and after the win he congratulated them on his Telegram, saying “Our courage amazes the world, our music conquers Europe.” He also wrote that they are doing their utmost to organise the finals of the song contest one day in the free, peaceful, and rebuilt Mariupol. “Ukraine will soon also win on the battlefield,” he added.

The artists themselves added a political message to the song. At the end of the three-minute performance, when the contestants usually thank the audience, band frontman Oleh Psyuk called on Europe to “help save Mariupol and the Azovstal.”

Eurovision is usually a time of clashes between fans and the Ukrainian song also triggered quarrels. The issue, however, was not necessarily the quality of the music, the scenery, the costumes or the singing voice, but whether the decision was politically motivated. While some say it shows Europe is united in its support for Ukraine also in music, others pose the question: “If you’re not at war, you can’t win?”

Many believe that all the other contenders entered the stage as underdogs, because this year’s competition could not produce a performance that would have outperformed the Ukrainians, who had a political support. One commenter has even suggested that the football World Cup trophy should be given to the Ukrainians,too, if it’s about politics to this extent.

According to music experts who have been following Eurovision for years, this year it is not the winning song that should be the focus, but the top 5, the music that came after the Ukrainians and scored highly with the professional jury. It is also said that once the hubbub around the final has died down, it will become clear which songs will make the radio playlist and which will become real hits. And experience has shown many times before that a second or third place finisher will be more successful in the long run than the top winner.

The victory of the Ukrainians now does not seem to be as clear as the screen showed. According to Romanian press reports, the maximum points awarded by the Romanian jury to Moldova were transferred to Ukraine by the organisers without any justification. Romania was one of the six countries whose jury votes have been subsequently annulled by EBU, the European Broadcasting Union. According to the explanation, “certain irregular voting patterns” were detected in Azerbaijan, Georgia, Montenegro, Poland, Romania and San Marino. Romania’s Public Television responded in a statement, writing that changing their jury’s decision was a one-sided, unjustified move on the part of the EBU. The Romanian jury gave the maximum 12 points to their neighbour, Moldova, but the EBU transferred them to Ukraine. In principle, the EBU did this because due to the irregular voting the score for both the semi final and the grand final was calculated based on the aggregated result of “countries with similar voting records”. Thus, a surprising and hardly comprehensible situation arose: the Romanian jury awarded not a single point to the popular Moldovan Zdob si Zdub, who sang about living together with Romanians in their song Trenuletul (Little Train). 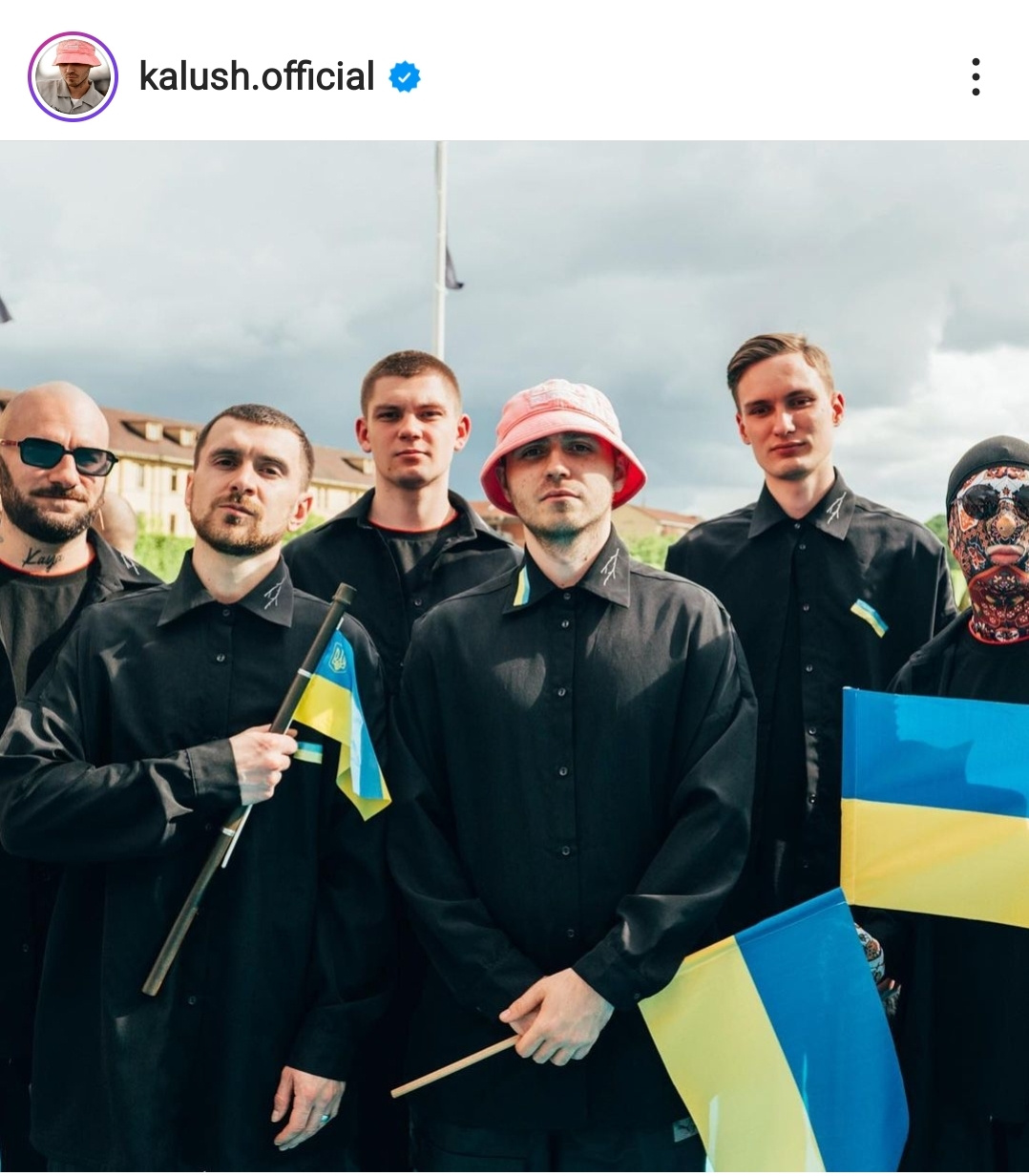 The Romanian public television strongly resents that “the rules have been changed in the mean time” and that they have received no information about it, which they describe as unusual. They also complained that their presenter was not allowed to enter the official live broadcast – unlike other countries – although this had been set out exactly in an agreement. Neither were Georgia and Azerbaijan allowed to communicate the results live. The Romanian public television has called on the EBU to explain its complicated procedure which lacks transparency or they will be forced to take further steps.

Outrage is building up also in Montenegro, which was one of the six countries whose jury points were reassigned due to the detected voting irregularities. The organisers in Montenegro are also perplexed. In their statement, they wrote that the vote in the studio of the public television was “in line with the prescribed procedure and the EBU had also given its approval”. They have also called on the European Broadcasting Union to provide details concerning the cancellation of points or they will take further steps like Romania.

Bosnia didn’t win when at war

According to analysts, Eurovision cannot be void of current events and political pressure. However, it does make a difference whether the contestant steps onto the stage as a war hero, or as a musician. For the Ukrainian band this year it was clearly the former – just think of the lyrics (“I’ll always find my way home, even if all the roads are in ruins”), or the call to action following the performance (“help save Mariupol and the Azovstal”) or the endorsement by the president.

The BBC recalled Bosnia and Herzegovina’s debut in the 1993 contest. The war was raging in the country at the time, yet Sarajevo’s contestant did not win Eurovision. Singer and producer Ismeta Dervoz, who was the head of the Bosnian organising team, revealed that they had tried to avoid portraying that they had come from a war zone as much as possible. Their departure from the country was not a media event. On the contrary, they left the country in secret to escape gunfire in order to take part in the pre-selection round in Slovenia.

“We wanted to be treated as equals, as people who have earned the right to be there. We wanted to exude professionalism and not look like some Balkan beasts. We were musicians and we wanted to perform.” Although the content of the song Sva bol svijeta, or All the Pain of the World, was also related to the war, the fuss around the song and the performance was much less than this year for the Ukrainians. Perhaps this is one reason why the song finished only 16th.

It is not yet known where the Eurovision Song Contest 2023 will be staged. According to the rules, the right to host the next contest goes to the winning country, meaning that Ukraine will be the official host next year. And although Volodymyr Zelensky has already named Mariupol as the host city, not only does peace have to be reached by next May, but the city also has to be rebuilt, which is rather unrealistic. London and Warsaw have been considered as alternative locations but the decision will be taken at a later stage.