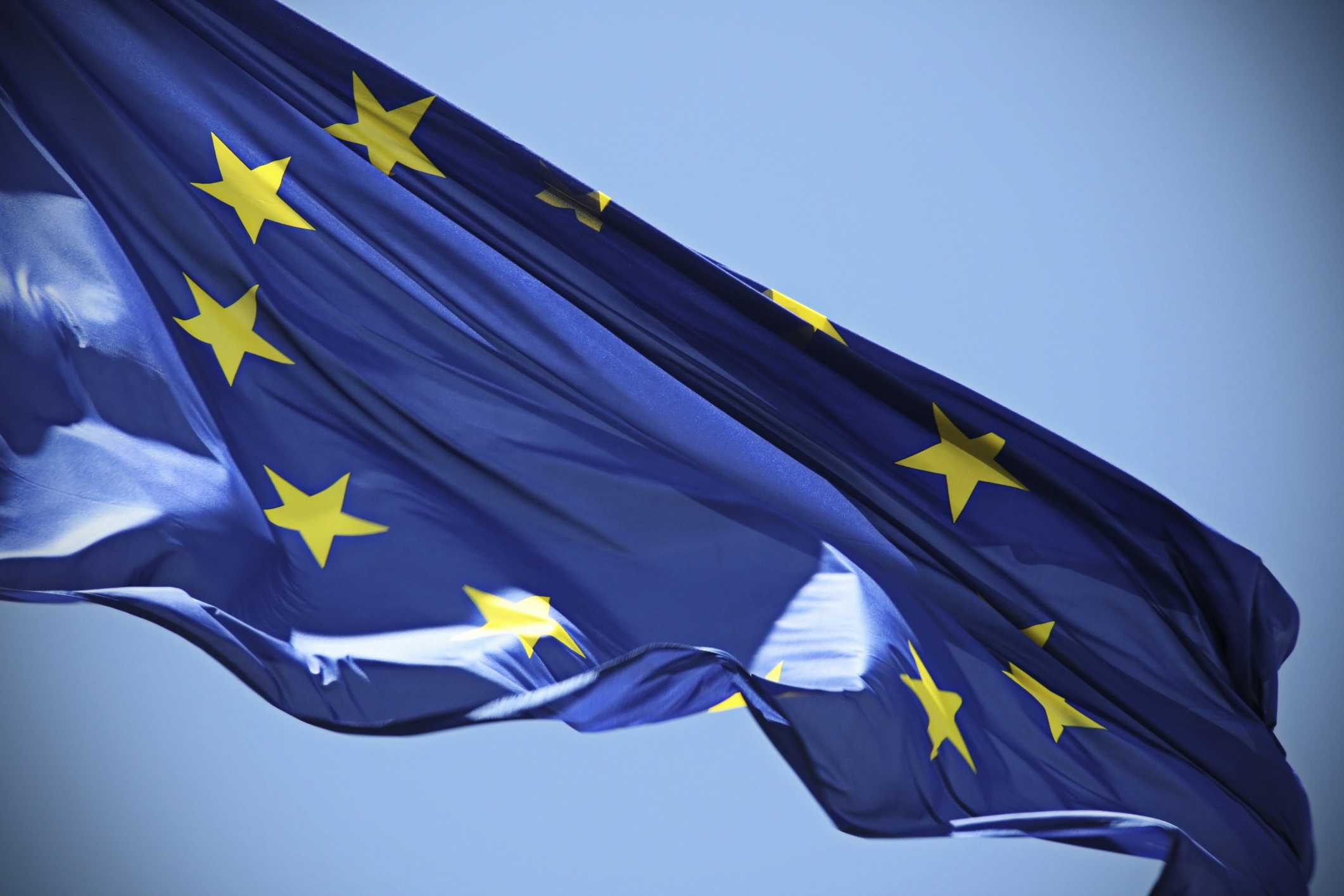 Leaders of the European Union are increasingly applying double standards, which is being felt by the member states' citizens, according to an EU-wide survey organised by the Hungarian Szazadveg Foundation. The survey also reveals that the majority of people reject politically motivated censorship and have a fundamentally negative opinion of George Soros.

In the first half of 2016, the Hungarian Szazadveg Foundation organised a public opinion poll covering the 28 member states of the European Union, with the aim to gauge the views of European citizens on the issues that matter most in terms of the EU’s future. Following the surveys in 2017, 2018 and 2019, Szazadveg has – since 2020 – been conducting its research under the title “Project Europe,” commissioned by the Hungarian government. The foundation’s 2021 survey aimed at mapping public opinion regarding the most significant public issues affecting the continent, the study by Szazadveg reads.

According to Szazadveg, double standards have long been felt in the European Union, and it has been increasingly visible since 2015 between leftist-liberal and national-conservative states, or anti- and pro-immigration countries. More than half of the survey’s respondents thought there were some double standards at play against their country. The numbers were similar in 2019, 2020 and 2021. 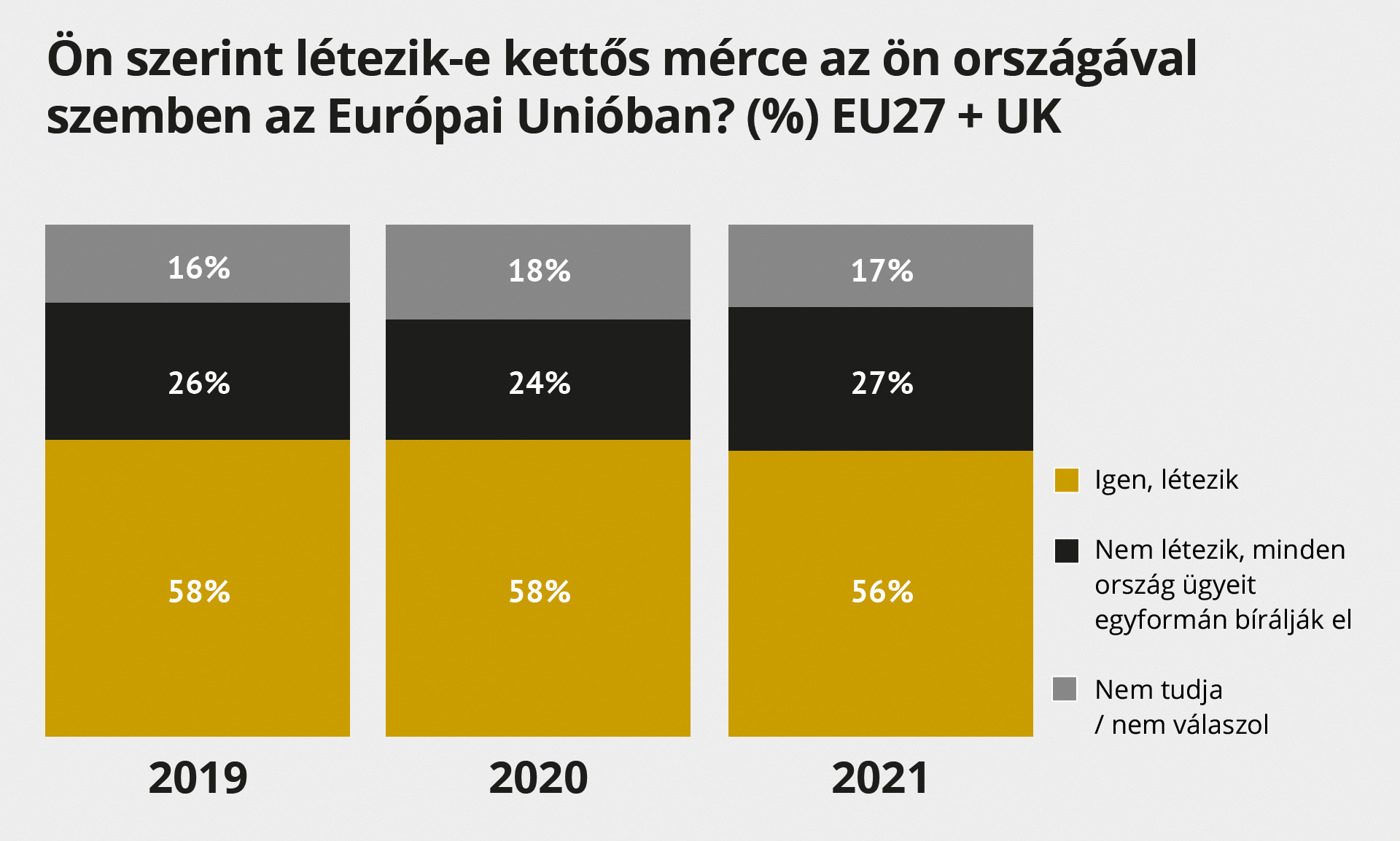 The primary victims are the member states whose governments reject the concept of open societies. The bureaucrats in Brussels make their decisions in the interests of George Soros. The double standards, increasingly visible the EU since 2015, can be observed between leftist-liberal pro-immigration and conservative anti-immigration governments, the study reads.

The author adds that while the former group is depicted in a positive light in Brussels’ rhetoric, the latter is subject to constant criticism. Various committee reports made with the help of Soros’s organisations are trying to prove that countries that reject the Islamisation of Europe are in fact undermining democracy and have high levels of corruption.

Szazadveg recalls that on 17 May 2017, the European Parliament adopted a report condemning Hungary. The report concluded that there was a risk in the country of a serious violation of the values enshrined in the EU treaties. Therefore, a so-called Article 7 procedure was initiated. In its resolution, the European Parliament asked the Committee on Civil Liberties, Justice and Home Affairs (LIBE) to prepare a special report on the situation of the rule of law in Hungary, a project assigned to Dutch MEP Judith Sargentini. The so-called Sargentini Report made allegations that were ultimately not proven. According to Szazadveg, an excellent example of double standards is that while Hungary and Poland have been condemned for allegedly abusing the Constitutional Court, no concerns about the rule of law have been raised at EU level against Denmark, the UK (which was still an EU member in 2018), Sweden and the Netherlands for not having separate constitutional courts. In the report, the Dutch MEP also expressed her concern about Hungary’s withdrawal from the Open Government Partnership in 2016. However, she did not find it worrying that Austria, Belgium and Slovenia were not members at the time, and these countries have not been criticised.

Migration was not left out of the report: According to Ms Sargentini, Hungary violated the fundamental rights of immigrants, while Brussels found little disturbing about Spain’s border fence, or about the airtight border closures implemented by France and Italy, the study by Szazadveg reads.

The author adds that the conclusions drawn from the Sargentini Report and the rule of law investigations also reflect the criticisms of George Soros. This is corroborated, among other things, by the fact that the previously leaked list of DC Leaks includes MEPs who are known to be trusted allies of George Soros. Judith Sargentini is also on the list. Szazadveg’s study also pointed out that George Soros is present in every European country through a network of pseudo-NGOs he so generously funds, and that his aim is to shape the internal affairs of the countries as an unelected political actor, which arouses strong public resentment. This is also something that the answers provided to Szazadveg’s question regarding people’s views of Mr Soros appear to validate. It also turned out that over the past five years, among those who are familiar with the name and activities of George Soros, those holding a negative view of the stock market speculator have formed a 2.5 to 4 times majority. 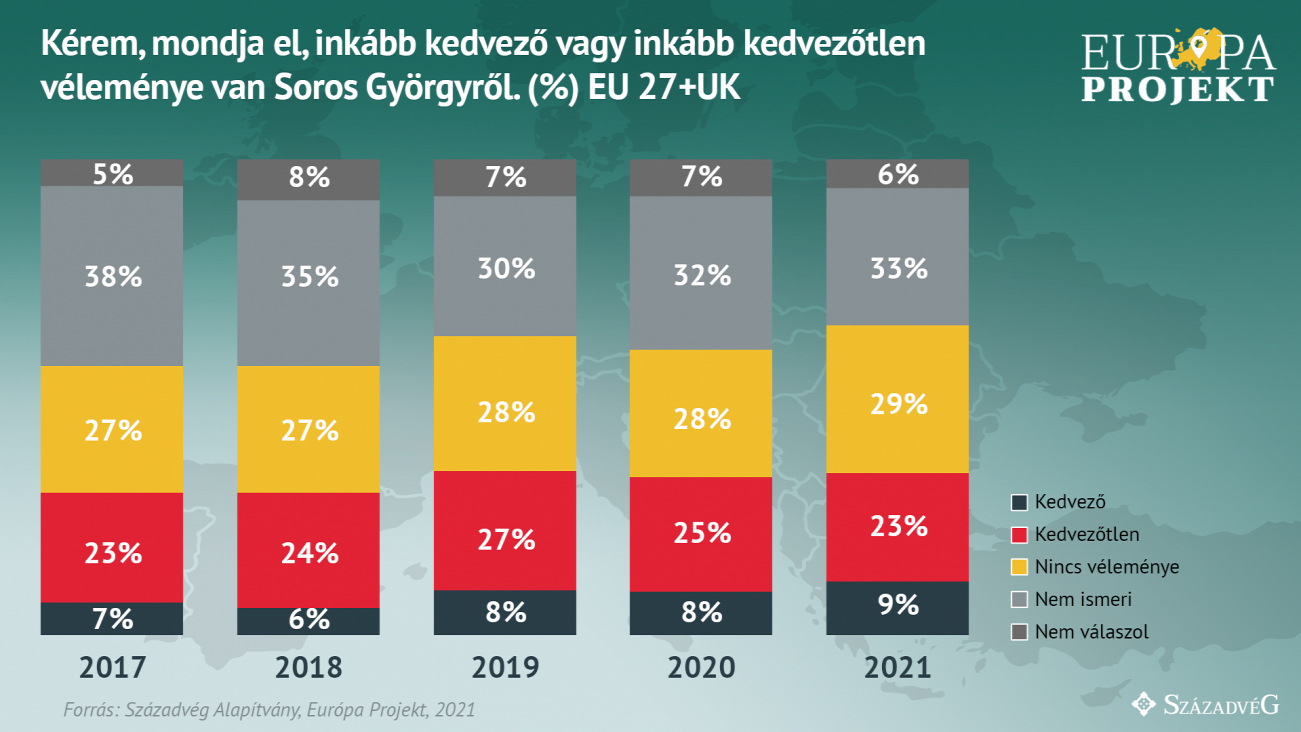 The survey also wanted to find out whether respondents think it is acceptable for social media sites to delete user content based on their own political views. The results show that over half of respondents have rejected politically motivated online censorship. 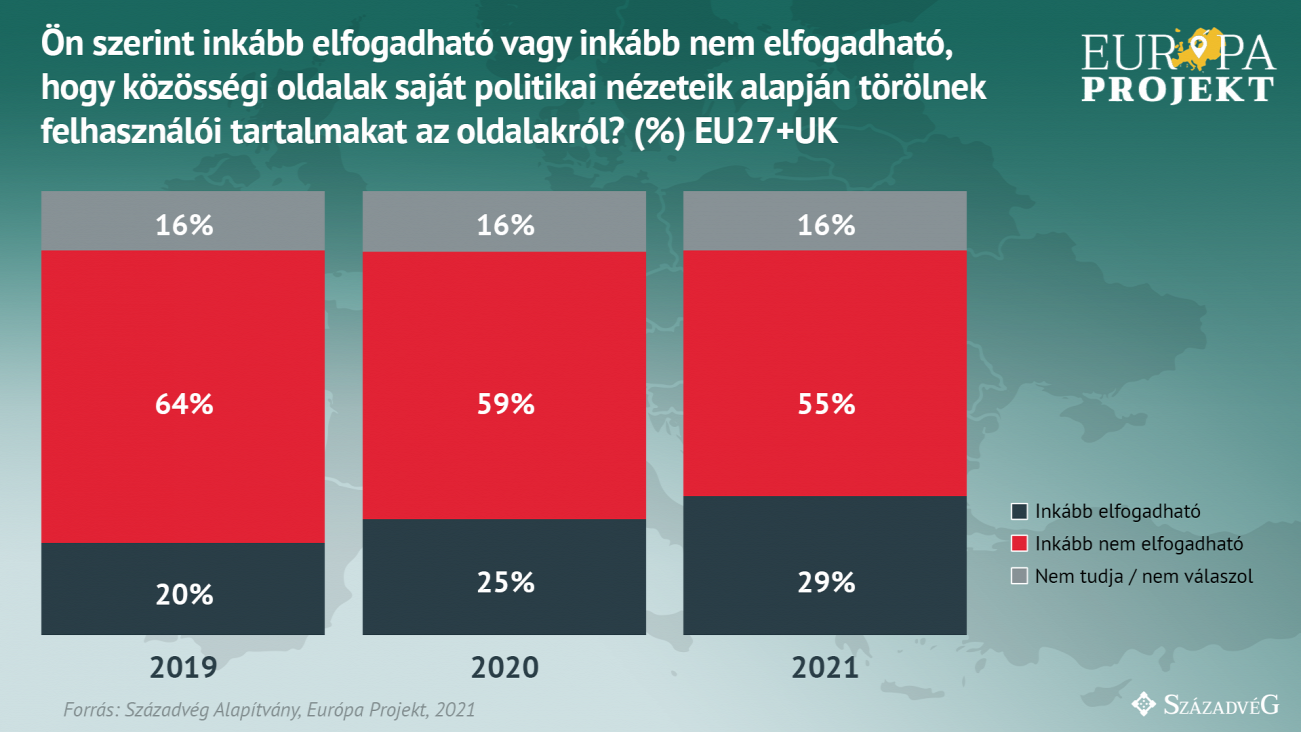