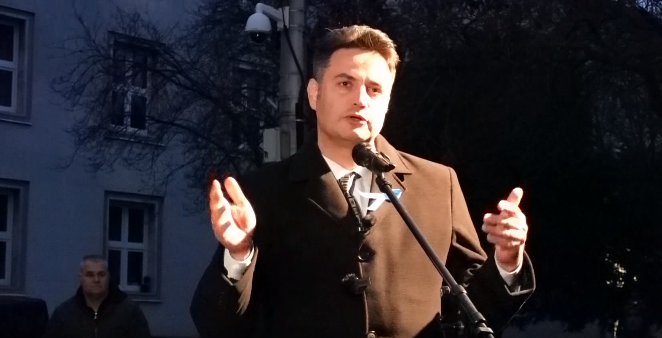 Videos of the Hungarian united opposition's leader, his wife and the prime ministerial candidate have gone viral on social media in Hungary. In the clips, the three display high levels of ignorance regarding their own campaign. At times they seem completely lost as to why, where and for whom they are campaigning. The campaign period officially kicked off on 12 February, with parliamentary elections to be held on 3 April.

Ex-Prime Minister Ferenc Gyurcsany, head of the opposition leftist Democratic Coalition (DK) party, was to introduce a seasoned warrior of his party as the candidate for the sixth district of Budapest. However, according to a video circulating on the internet, he was for some reason unable to recall Dr Lajos Olah’s first name, so he introduced him to the crowd as follows. “Dr something-or-other Olah, the candidate for this district.”

The campaign machine of the left was also in full swing in Baranya county in the south of Hungary. According to the local Pecs Aktual portal, leftist prime minister hopeful Peter Marki-Zay and Klara Dobrev (DK party) were campaigning in the former mining town of Komlo as well as the county’s administrative centre Pecs speaking in support of candidates Laszlo Szakacs and Tamas Mellar.

The portal also published two videos in the article. In the first, Mr Marki-Zay, is seen mixing up the campaign location and greeting the audience in Komlo with “… I am very happy to be here in Ozd” [a town in north Hungary].

In the county capital Pecs, Klara Dobrev, DK politician and wife of Ferenc Gyurcsany, provoked multiple snickers from the audience when she encouraged them three times in a row to go out and vote in “April next year” instead of this April.