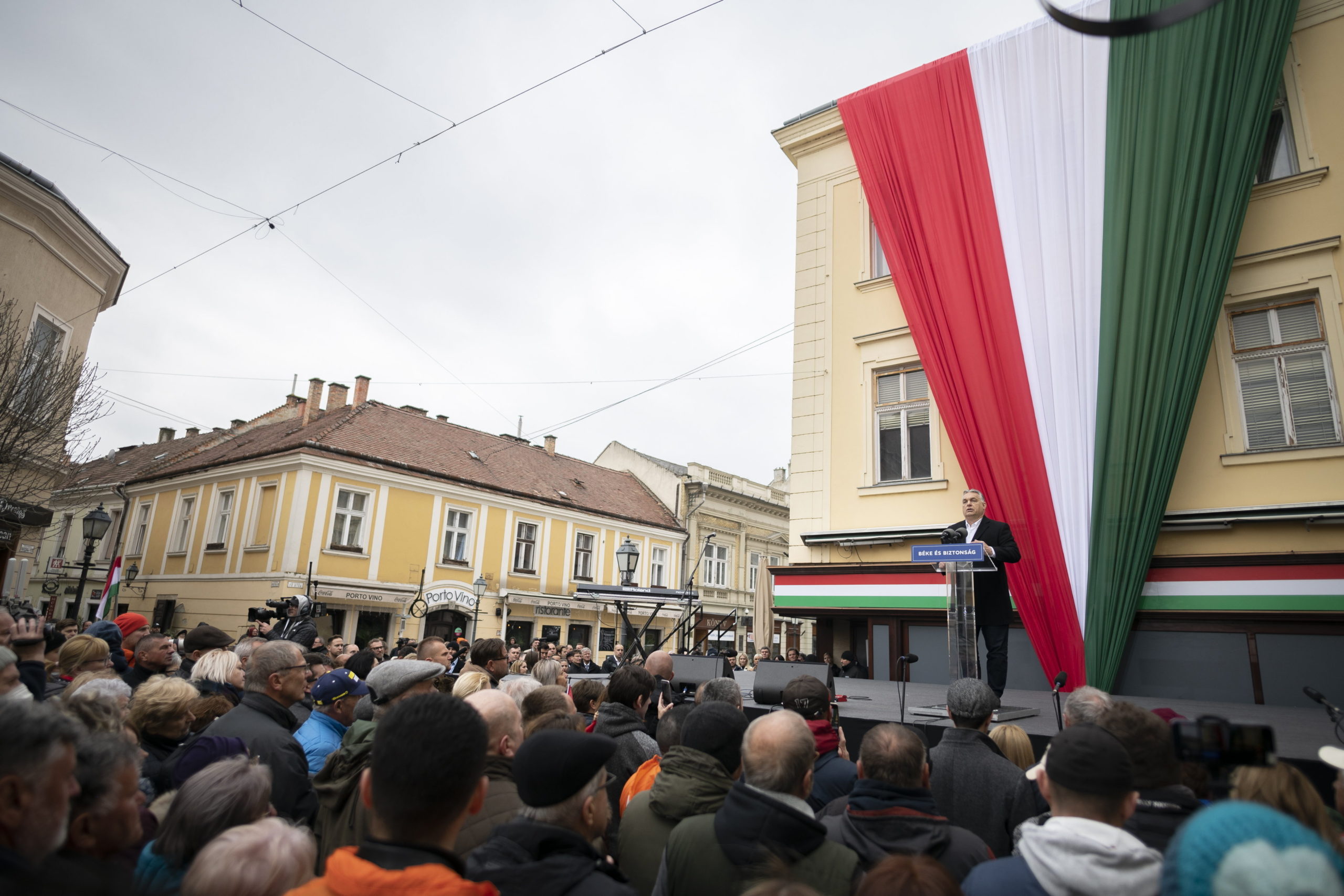 The majority governing party Fidesz held its campaign closing rally in the Hungarian Fejer County capital Szekesfehervar ahead of parliamentary elections on Sunday. The party's president, Prime Minister Viktor Orban, delivered a speech at the event.

The war has changed everything, said Prime Minister Viktor Orban at the closing event of the ruling Fidesz campaign in Szekesfehervar on Friday. He said that Hungary is faced with different issues now than before the war. He also recalled that this is not the first time Hungary is witnessing a war next door: “In 1999, when we had just joined NATO, the following day it decided to intervene in the second Yugoslav war. Even then, the question arose as to how we could stay out of the war. It was a different war: Nations smaller than us were fighting each other. Now two giant countries are fighting, one of them a nuclear power. The risks in this one are incomparably higher than in the Yugoslav war,” the prime minister said assessing the conflict.

The question before Hungary is war or peace, Viktor Orban said.

He stressed that he thought that regardless of party preference, everyone in Hungary would be on the side of peace, “this is a Russian-Ukrainian war, and we are Hungarians, we must stay out of it”, he said, adding that the Hungarian Left has taken a different position because its leader said: “Ukraine is fighting our war.”

Referring to this remark, Mr Orban said, “This is not our war.”

He recalled that Hungary is not sending any troops or weapons to Ukraine, at the same time, however, so far nearly 600,000 refugees have arrived in Hungary from there, “and we have helped everyone.”

The PM reiterated “We also understand the Ukrainian President who is doing his utmost to involve as many European countries as possible in the war. This is a Ukrainian point of view, we accept that with understanding. The Hungarian government’s problem is not with them, but with the [Hungarian] Left”, Mr Orban stressed in his speech.

If the Left wins, the very next day, arms shipments will start and they will support initiatives to close off the Russian gas taps, the premier pointed out.

This is not our war, we have nothing to gain and everything to lose,” he said.